Trump Revolution Could Be More Incredible Than Reagan Revolution

Nick Adams
|
Posted: Mar 23, 2016 12:54 PM
Share   Tweet
The opinions expressed by columnists are their own and do not necessarily represent the views of Townhall.com. 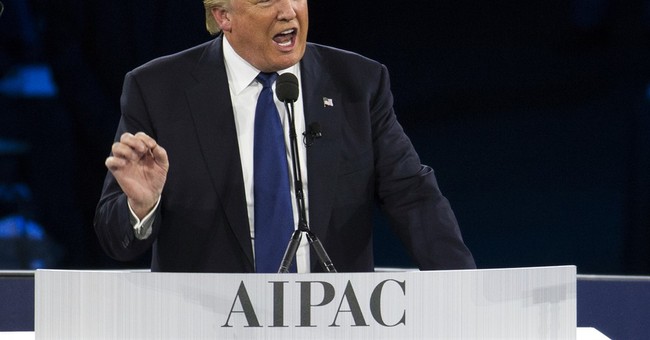 If Donald Trump becomes president, we may witness something more incredible than the Reagan Revolution.

The greatest modern-day president, Ronald Reagan, left an immensely powerful legacy. Almost three decades after his departure from the White House, he remains the conservative standard-bearer of the Republican Party.

It has been difficult to conceive of a presidency that would trump the revolution of Reagan.

Much is different, including the times, the threats, the challenges and the world.

While it may have been unimaginable to generations of America that lived through the Carter years, America is in much worse shape than she was then.

Seven years of a president that has deliberately diminished America at home and abroad, in accordance with his worldview, beginning and ending with apology tours, has taken its toll.

Patriotism has become politically-incorrect, and libelling America at will has become acceptable. Believing in American exceptionalism is now considered culturally-obtuse and academics at elementary, middle and high schools, along with college campuses, intentionally and recklessly paint America as a hateful, bigoted and oppressive place.

Political correctness, once born on college campuses, now weaponized by the leftist cockroaches that inhabit and preside over social media, has become a way of life. America is now in a race to become another European country, aspiring for mediocrity, resenting success, with all the self-loathing and suicidal inclinations we see in that continent.

There is a war on America. A war on Christians. A war on white, middle-class men and women. A war on anyone with traditional views on marriage, the environment, patriotism and life. We lose our jobs. We miss out on opportunities. We’re canceled as speakers or disinvited from social gatherings.

A President Trump would change that.

Every day ordinary people in America and around the world have been shunted and vilified from the mainstream. This is despite our moral and philosophical compass being common-sense conservatism.

Trump is going to give free-thinking conservatives the run of the table.

No more political correctness for the sake of social engineering.

This could be more incredible than the Reagan Revolution.

No more libelling of America.

God and patriotism back in schools.

Trump will reset the Obama presidency and its malefactors. Trump will transform the party to that of a coalition of blue-collar conservative workers and evangelicals Christians who want the US to halt the war on Christianity.

A Trump presidency would be Culture War Ground Zero. With the disgraceful riots of Chicago a couple of weeks ago, Trump has emerged as the consensus leader against the Left.

Many don’t get it.

They don't get it that Trump is there to give them a leg up rather than be screwed over constantly by those who look down at them.

The Republican Establishment of today is the same as the Rockefeller crowd of the 70s.

As Brussels amply showed yesterday, the West is staring into the barrel here.

The Republicans in this millennium have only won the popular vote once. And that was by less than one percent. If they had a coalition of white conservatives voting for their own interests, they would win in landslides.

Reagan Democrats win landslides. Imagine making them a permanent fixture of the Republican voting base. The Democrats haven't changed one person’s mind - they changed the electorate instead.

As I have traveled throughout America, so many have told me: “Trump is our man”. He’s the guy, they say, that has come to save the world from the path of self-destruction by the vices of our own virtues.

America needs to pull one for mankind, and seal this one for Trump. For those who can't see it yet, the Trump revolution will sweep them away.