The Obama Doctrine: Relativism at All Costs 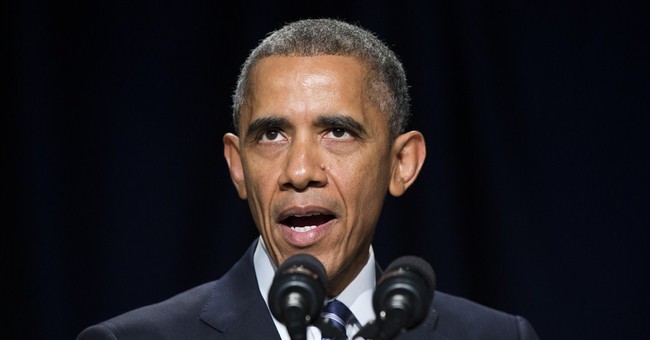 After six years in office, there are few things that President Obama does that surprises me.

Notwithstanding this, I was still shocked to hear his remarks at the National Prayer Breakfast.

Using some misguided moral equivalency, President Obama reached back over almost a thousand years to compare a group of Christians then to current day radical Islamists killing innocents in the name of Allah, telling Christians not to get on their “high horse”. (Not to mention, he conveniently omitted the context of the Crusades, a response to Islamic conquest).

At times during the speech, it appeared the President was taking on his much-coveted role of Professor, lecturing students. There is great irony here. He, along with his friends, the media-academic complex, the West’s left and their doctrine of relativism, are the ones that need a history lesson.

This doctrine is a denial of reality, makes it impossible to defeat the jihad, and putting homeland security at risk. The Bible is not the same as the Koran. All religions are not the same.

It has never been clearer: the West is at war with Islam. This is neither hypothesis nor opinion; it is reality. No delicacy, diplomacy, disguise or differentiation can alter this.

What is happening with ISIS, and what happened in Boston, Fort Hood, New York, Bali, Madrid, Sydney, London and most recently, Paris, is not unusual, or new or coincidental.

The truth concerning Islam has been a casualty of political correctness. The reality is that from its inception until now, Islam has been violent, with its purpose to bring mankind to Islam. Throughout history, it went to war to conquer and convert people in countries from the Atlantic Ocean to Western China. These were never defensive wars. None of the conquered countries threatened Muslim Arabia.

A lack of liberty, an abandonment of reason, the imposition of Sharia on Muslims and non-Muslims, as well as the treatment of women are just some of the serious moral problems within the Muslim world. Islamist views are incompatible with the liberty enjoyed by Americans.

With Islamic supremacism a mainstream interpretation of Islam, deeply rooted in Islamic scripture and endorsed by many of Islam’s most influential scholars, we face this perpetual global jihad. It is in their DNA. Change is not coming.

They will not stop. The more we bow, the more they will bomb. The more we relate, equate and obfuscate, the weaker we become. The more we fear to offend and the more we hesitate to identify the enemy, the more they edge toward victory. The deceptive adorning of qualities, most notably of Islam being a religion of peace, must stop. It is the West, beaconed by America, England and Australia from across the oceans, that has sought peace. Due to this advocacy and false narrative, our war is as much with the chattering classes as it is with the jihadi.

The current tyranny against common sense that presides in the West will quickly become the tyranny of Sharia, if we are not careful. Subservience to political correctness will turn to subservience to the Caliphate, if the Western world, led by America, does not wake up.

I have long maintained that Americans must prepare themselves for eventual full-scale war this century or the next with the Islamist.

If this becomes reality, the West will have no choice but to extirpate the enemy as mercilessly and thoroughly as possible, as this attitude defines the Islamist warrior and his jihad.

Demography is rampantly on the side of Islam, particularly in Europe, and as such, a most substantial increase in Islamic power in this territory of the world must be expected.

There is only one force that stands in the way of global Islam, and that is the United States of America.

It is deeply regrettable and telling that President Obama would desperately reach back 1000 years to make a comparison that would excuse or blunt the impact of militant Islam today.