What Is the Next Step in the Evolution of Left-Wing Authoritarianism?

Nicholas Waddy
|
Posted: Dec 19, 2021 12:01 AM
Share   Tweet
The opinions expressed by columnists are their own and do not necessarily represent the views of Townhall.com. 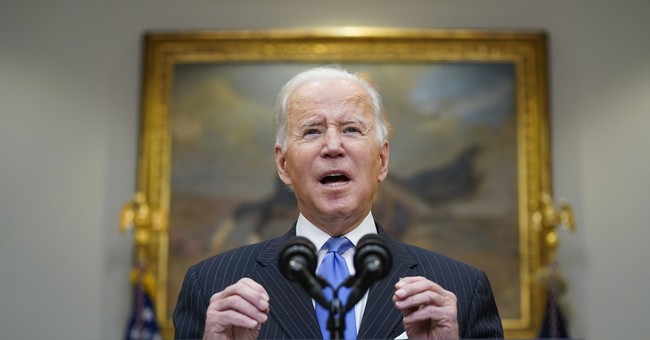 Conservatives have watched, with varying degrees of horror, as leftists have, in recent years, embraced radical ideas and schemes such as: court-packing, abolishing the filibuster, lockdowns/mandates, censorship on an industrial scale, cancel culture, critical race theory, abolishing the police, open borders, runaway spending, the stigmatization of dissent as “insurrection”, “white supremacy”, “fascism”, and more. Left-wingers have talked openly, and sometimes gleefully, about how richly we, their conservative enemies, deserve slow and painful deaths – and, when in a feisty mood, how they would quite like to be the agents of our demise.

Much of the time, we on the right are inclined to scoff at such wild-eyed pronouncements, but should we dismiss them so lightly? Consider the apocalyptic, hectoring tone of so much political analysis on the Left these days. This is a small sample of some of the recent articles that left-wingers are gobbling up:

“The GOP is an Anti-America Party”

“Democrats Need a Three-Year Plan to Save Democracy”

“American Democracy is Tottering. It's Not Clear Americans Care”

"The GOP is a Grave Threat to American Democracy"

Such breathless analysis expands on the line that Nancy Pelosi's January 6th Committee pushes on a daily basis: that Republicans, conservatives, and Trump supporters are anything but a loyal, honorable opposition in America. Instead, we are un-American, unpatriotic, immoral, and indefensible. We seek, in fact, to negate and destroy everything which this country stands for.

For some on the Left, presumably this is hyperbole. For all too many, it has become the substance of their (hateful) ideology, or, given the fervency with which they hold such views, we might more accurately call this virulent anti-Republicanism a dogma, to which leftists practicing “true religion” invariably assent.

Many have tried to describe, or trace the origins of, these leftist delusions, but few have asked the more pressing and germane question: where do they lead?

Conservatives need to take this issue seriously, because, regardless of how most Americans may vote in 2022 and 2024, increasingly, the majority of our political, cultural, and economic elite devours incessant, toxic propaganda that demonizes Republicans and conservatives in horrifyingly stark terms. America's opinion leaders are thus being primed, at least potentially, for extreme, extra-constitutional measures designed to keep the insurrectionary, white-supremacist, fascist horde at bay.

For instance, suppose, just for a moment, that Republicans capture the House majority in 2022 and a narrow majority in the Senate. They proceed to obstruct the Biden Administration's legislative agenda and most of its executive and judicial appointments to boot. Sensing that his old adversary – emphasis on “old” – is stumbling, Donald Trump makes the fateful decision to run again for the presidency. As the campaign unfolds, it becomes painfully obvious to the Dems that their worst case scenario, a second term for Donald J. Trump, is a realistic possibility. As the election nears, in fact, that possibility becomes a probability. The Left, and the entire Democratic establishment, go into panic mode.

The question we need to start asking is: how do Democrats, terrified of an imminent revival of Trumpism, and absolutely contemptuous of the intellectual, moral, and human worth of their political opponents, react?

Does President Biden deploy the military to intimidate Trump voters into staying home on election day? Does he deploy thousands of rioters across the country to accomplish more or less the same thing? Does he detain Donald Trump and other prominent Republicans and conservatives, to prevent them from campaigning effectively? Does he, before the votes are even counted, declare the results from some states preemptively void, because of alleged “voter suppression” or other irregularities? Does he, à la 2020, mobilize Democratic state legislators to send alternate slates of electors to Washington, D.C., to obscure who the victor was or will be in the electoral college? Does the FCC pull the rug out from under the conservative media at a critical time in the campaign, perhaps in combination with the coordinated suspension of all elected Republicans' social media accounts? Does the Biden administration strong-arm corporate leaders into condemning Trump and Republicans as far too “dangerous” to be allowed back into the halls of power? Does Biden, other expedients proving unsatisfactory or ineffective, order the military or the federal bureaucracy to re-run the election in the critical states where the Democratic candidate fell short?

The obvious objection to all of these fanciful suggestions is, of course, that the American people, as faithful exponents of democracy, would never allow such chicanery. They would rise with one voice to condemn any effort to thwart the will of the people.

Does anyone doubt that the same Democratic base which spent four long years despising every second of the Trump presidency, and accepting uncritically every anti-Trump narrative which arose, and supporting unstintingly every act of “resistance,” would hesitate to endorse any stratagem, no matter how unconventional or controversial, in order to deny Trump a second term? Does anyone think that the rights or feelings of Trump supporters would weigh on the consciences of these leftist true believers even for a moment?

A more serious objection is that the federal courts, including the Supreme Court, would surely step in to disallow extra-constitutional, authoritarian maneuvers such as those contemplated above.

Indeed, for all of our country's history, up to now, an adverse SCOTUS ruling would have definitely shut down any attempt to impose a dictatorship. But can we rely at this juncture in our history on the moral probity and self-restraint of Democrats to prevent them from testing, or exceeding, the legal and constitutional limits on their authority?

I don't have a definitive answer to this question, but I do know that the leftist/Democratic leaders who will make such calls in the years to come are the very same people who, in their spare time, read articles such as:

“The Case for Ending the Supreme Court As We Know It”

“The Supreme Court is Drunk On Its Own Power”

“The Courts Have Served As an Anti-Democratic Force For Much of U.S. History”

“The Supreme Court Does Not Deserve Our Trust”

The sad fact is that Democrats, as the party that currently wields executive authority, have vast powers at their disposal that could allow them to obstruct the democratic process in 2022 or 2024, and thus deny the American people the chance to restore Republicans, conservatives, or Donald Trump to political dominance. We would be foolish not to anticipate some of these potential Democratic moves, and to contemplate how we, as conservatives, could or should react to them.