The Welfare Fraud Pandemic and One Way to Fix It

Nicholas Horton
|
Posted: Mar 14, 2017 10:47 AM
Share   Tweet
The opinions expressed by columnists are their own and do not necessarily represent the views of Townhall.com. 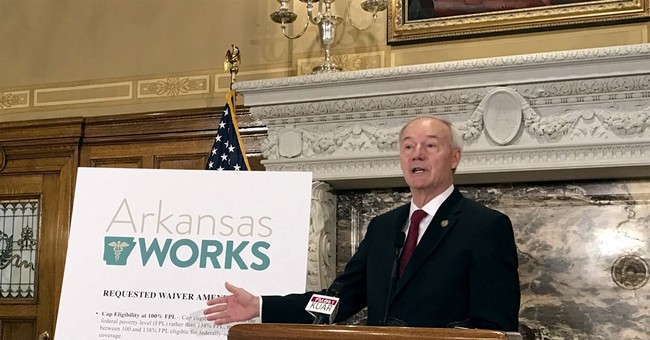 It may not make the news every day, but welfare fraud is a serious problem – not only because of its volume, but also because of its impact on the truly needy. On the front end of welfare enrollment, lax eligibility verification by states has resulted in an unknown number of individuals signing up for benefits they don’t actually qualify for. And within the program itself, infrequent and insufficient monitoring has resulted in potentially millions of enrollees staying in the program longer than they should.

Across the country, thousands of deceased individuals have been found on state welfare rolls. And what might sound like a late-night punchline or a topic for a new AMC mini-series is a serious problem. This type of fraud, although easily preventable, steals limited resources from truly needy individuals who depend on the safety net to survive.

In Illinois, state officials identified more than 14,000 dead people still enrolled in Medicaid during a two-year audit period. The average number of days they were signed up, postmortem? 663 days. In one specific case, an enrollee died on January 21, 1989, but was still enrolled in October 2013.

In Arkansas, consultants for the state found nearly 500 enrollees in the state’s Medicaid program who were deceased. A whopping 69 percent of these enrollees somehow signed up for benefits more than two years after their death.

In many cases, the fraudulent payments are the result of sloppy or lax verification processes that allow ineligible enrollees to slip through or remain on the program long after their death. In other cases, this is deliberate fraud, perpetrated by identity thieves and professional crooks who steal personal information and take benefits under false pretenses.

But regardless of how the fraud occurs, the result is the same: limited tax dollars are given to people who don’t qualify and taken away from the truly vulnerable.

Indeed, almost every state has a Medicaid waiting list, comprised of truly needy and disabled individuals who are waiting for needed care, like Arkansas’ Skylar Overman. While Skylar and others like her continue to wait, fraudsters make out like bandits with resources that could and should go to help the truly needy.

States have a moral obligation to protect the safety net for the vulnerable and, thankfully, they already have the tools they need. For example, states have data from a variety of sources that can help them monitor life changes throughout the year instead of only once a year. States can also monitor changes in employment, wages, lottery winnings, and yes, even death – all things that potentially impact welfare eligibility and don’t just happen on a regular annual schedule.

As these life changes are flagged, state officials can initiate eligibility reviews with the enrollees to make sure they still qualify for benefits. If they do, they’re allowed to stay enrolled. If they don’t, they’re removed from the program and resources are freed up for those who truly need help.

These commonsense, anti-fraud programs are already saving billions of dollars in states that have implemented them. Better still, they’re wildly popular. A recent survey commissioned by the Foundation for Government Accountability found that three-quarters of all voters support this kind of anti-fraud effort – and when was the last time 75 percent of voters agreed on anything?

States should pursue these anti-fraud initiatives with great urgency because every dollar spent on someone no longer eligible for welfare is a dollar stolen from the truly needy. It’s time to bury the welfare walking dead once and for all.