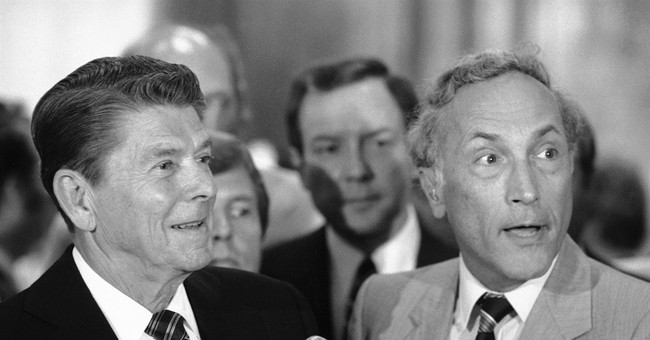 Ronald Reagan once said that the best social program is a job. He was right. In the history of civilization, work has proven to be the most effective way to lift people out of poverty. But sadly, many social programs, ostensibly intended to eliminate poverty, punish work rather than promote it.

Perhaps even worse, a plethora of states have eroded work requirements in programs where they already exist: for most of this year, more than 40 states waived the requirement that able-bodied adults with no children work at least 20 hours a week in order to receive food stamps.

At first glance, this policy change may seem compassionate or inconsequential. It’s neither. A lack of work requirements strengthens the grip of the poverty trap and makes it even more difficult for Americans to climb the economic ladder. Thankfully, some states are leading the charge to reverse this trend.

In 2013, Kansas Governor Sam Brownback blazed the trail by restoring food stamp work requirements statewide. In 2014, Maine Governor Paul LePage restored work requirements as well, moving adults out of welfare and back into the workforce. These common-sense decisions have preserved resources for the truly needy, ushered enrollees toward work and a better life, and provided a boost to their states’ economies.

No wonder nearly 20 states are expected to enforce work requirements statewide next year, including Louisiana, where Governor and 2016 hopeful Bobby Jindal announced just last month that he was following suit.

Another positive sign: congressional leaders are already discussing ways to expand work requirements to all able-bodied adults on food stamps and implement the requirements in Medicaid for the first time.

In Iowa, where 2016 candidates will face their first electoral showdown, more than 63 percent of likely caucus attendees support expanding work requirements to all able-bodied adults on food stamps. In New Hampshire, which hosts the first primary election for the 2016 campaign, a whopping 79 percent of likely voters support expanding work requirements. And in South Carolina and Florida, two other key primary states, nearly three-quarters of Republicans voters support this common-sense reform.

Even more Republican voters are ready to incorporate work requirements in Medicaid, something the Obama administration has adamantly opposed. Support ranges from 64 percent in Iowa to a whopping 83 percent in New Hampshire.

Moving Americans from welfare to work is the compassionate choice that gives enrollees a ladder out of the welfare pit and the hope of a better life. These reforms also are vastly politically popular, making them a true win-win for policymakers.