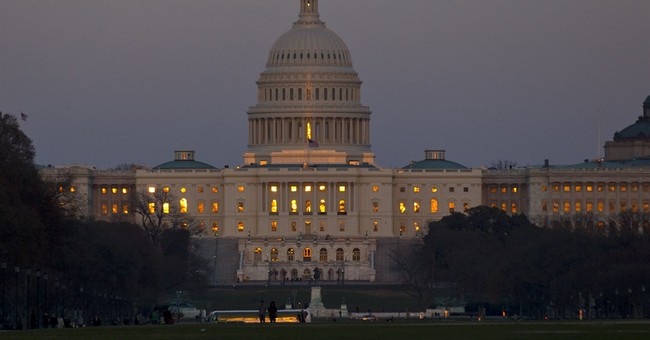 Every political science major should be taught that a bill with the words “free market” in the title is not a bill freeing a market.

This is the certainly the case with the "Free Market Royalty Act.”

Crony Capitalism is the merging of government powers with private businesses for the fun and profit of the connected businessmen—and a poignant example is the bill by Rep. Mel. L. Watts (D.-N.C.), written by the Recording Industry Association of America, and set to create a performance tax on broadcast radio stations paid directly to a vassal entity of the RIAA.

The entity, called the SoundExchange, would not only have the exclusive right to collect and distribute the performance tax, it would also have the power to set the tax rates.

The SoundExchange is no longer officially part of the RIAA, but its board of directors has members from large record companies: EMI, Sony BMG, Universal Music Group and Warner Music Group, three staffers from the RIAA itself and the other nine members represent performers or other smaller music companies. This is hardly a representative board that is responsive in any way to the people from whom its taxing power is ultimately derived.

Watt’s bill would force radio stations for the first time to pay artists and musicians this tax, which the RIAA is styling as a royalty, although there is no tradition or law of such a thing dating back to when Guglielmo Marconi was a deejay during London morning drive.

For nearly a century, radio stations and the recording industry have had an understanding that songs played on the air are a form of advertising for the performers. Air play, even in the age of iPods are the number one driver of record sales and concert tickets. Getting on the air puts money right into the pockets of the musicians.

One example of the real free market is when Clear Channel, the largest chain of broadcast radio stations, went ahead and negotiated with 20 music companies, including Warner Music Group, a deal where Clear Channel pays a performance royalty for songs played on its broadcast stations in exchange for restructured payments on the songs it plays on its iHeartRadio online channel.

This makes sense for both parties because online music services pay 50 percent of their revenues as performance royalties. As the Sound Exchange swipes for all the marbles, it has criticized the Clear Channel deals—in fact, the Watts bill would restructure all such deals, so that its power as the rate setter is protected by its most-favored-nation status, meaning that no party can get better terms than the SoundExchange.

Absent this new performance tax, there is every chance that the broadcasters and the music companies will be working out deals like Clear Channel managed 20 times.

Instead, the RIAA is turning to their friends in Congress to change a deal that has worked for generations. This is true crony capitalism.

If a free market truly exists, bands and record companies would be paying the radio stations for the over-the-air exposure. One survey showed that 85 percent of respondents rely on their local radio station to hear new music. But, because of the pay-for-play scandal of the 1950s, it is illegal for record companies to sponsor content without being identified.

There are extraordinary musicians and singers that for a time might demand a premium for the right to play their music, but outside a small musical aristocracy, it is doubtful many acts could squeeze that lemon for long.

No one should be surprised that this calling this bill a “free market” bill is nothing but spin.