The Monkey Trial Ended, But The War Goes On 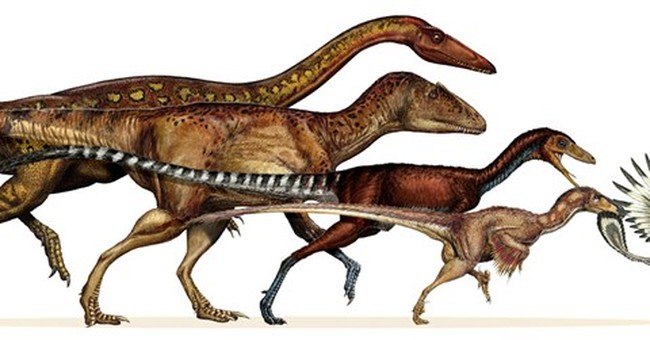 Ninety years ago today, the Scopes “Monkey Trial,” immortalized on stage and screen, drew to a close. But while the most famous battle ever over evolution – and perhaps the most famous trial of all time – ended nine decades ago, the war between evolution and creationism continues.

The trial, dramatized in the canonical play and film Inherit the Wind, was ostensibly about whether public school teacher John Scopes, in teaching Darwinian evolution, had broken a Tennessee law forbidding such instruction. But the trial, which attracted rapt national attention and was enveloped in a circus-like atmosphere of revival tents, vendors of all kinds, and a plaid suit-wearing monkey named Joe Mendi, was about far more than Scopes’ guilt or innocence. It was about what many saw – and many still see – as inherently contradictory views about the origins of life, religion and science, and what should be taught in the public schools.

Inside and outside the Rhea County courtroom of Judge John Raulston, the proceedings came to a head when counsel for the defense Clarence Darrow called three-time presidential candidate, creationism defender, and assistant to the prosecution William Jennings Bryan to the stand. The questioning grew heated, as Darrow put Bryan’s religious beliefs on trial, and Bryan responded in kind against those he felt were out to get fundamentalist Christianity.

Bryan, for his part, declared that, “these gentlemen…did not come here to try this case. They came hear to try revealed religion. I am here to defend it.” He went on to accuse Darrow of having called the local Tennesseans “yokels.”

Darrow replied that he had never called the people yokels, and that Bryan had insulted “every man of science and learning in the world because he does not believe in your fool religion.”

The debate was bitter, but the immediate result anticlimactic: Scopes was found guilty, but his $100 fine was tossed because the court had followed improper procedure in setting it. A muted conclusion to the trial, however, hardly put an end to boisterous national debate.

Over roughly the last decade, according to the Cato Institute’s Public Schooling Battle Map, the country has seen fifty conflicts over the teaching of evolution in the schools, many at the state level. One of the most well known was in Dover, Pennsylvania, where a federal judge eventually invalidated a required statement in biology classes that evolution is a theory, not a fact, and directing students to the intelligent design book Of Pandas and People. The Dover conflict grew extremely tense, divisive, and for many, personal.

Today, tensions are especially palpable in Louisiana, where the 2008 Louisiana Science Education Act allows teachers to critique evolution, which opponents of the law see as essentially back door permission to teach creationism. Which may well be what a majority of Louisianans want: A 2009 survey found that 58 percent of state residents would “generally favor … teaching creationism along with evolution in public schools,” versus only 31 percent who would oppose it.

So why don’t we see more conflict?

It may be that a lot of educators want very much to avoid sparking conflagrations, so they soft-pedal the topic. According to survey results from political scientists Michael Berkman and Eric Plutzer, around 60 percent of high school biology teachers exercise “conflict avoidance” by limiting their coverage of evolution. Sometimes they apply evolution only to molecular biology, or they teach evolution and creationism together, or employ other dodging techniques. The end result is that many students – perhaps the large majority – do not receive robust instruction in evolution or, for that matter, creationism. Almost everyone, it seems, loses.

The solution is to end the need to fight to get what people want: allow school choice. Let parents take the funds for their children’s education to schools that share their values, and allow educators to freely choose what instruction their schools will provide. That would make getting robust, coherent curricula far easier, and far less contentious.

Either that or, 90 years from today, we could still find ourselves either battling like Bryan and Darrow, compromising away high-quality content, or both.