Introducing the Progressives' Transformation of the 10 Commandments 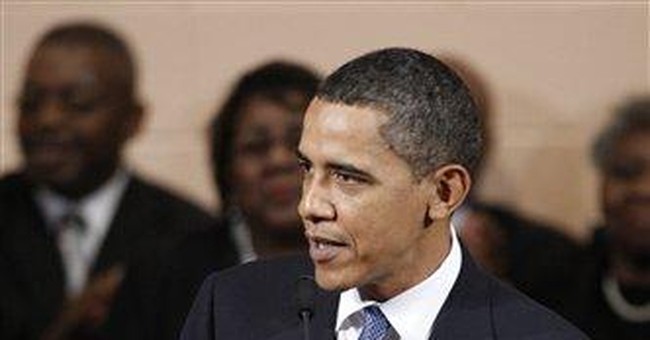 President Barack Obama promised during his campaign and inaugural speeches that we would witness a fundamental transformation of America. To be sure, his idea of a transformation is more akin to Karl Marx or Hugo Chavez than to Jesus Christ and the Holy Trinity.

Perhaps we should be grateful that, so far, President Obama and his progressive cabal are fixated on health care, cap & trade, climate change and other big government projects. With so much on his plate, Obama hasn't had time to fundamentally charge the very basis of our legal system -- the 10 Commandments, as given to the prophet Moses by Yahweh on Mount Sinai.

But rest assured, there will be many -- gay activists, atheists, hard-core leftists, etc. -- who will eventually get around to fundamentally transforming God's 10 Commandments.

I. I am your leader, Obama. When I and my minions are around, who needs God?

II. Obama, Pelosi and Reid must be exalted with carved images throughout the nation.

III. Prayer will be banned in public, but praise, song and poetry honoring Obama will be constant.

V. Honor thy mother and thy father if they love Obama; otherwise, call child protection services and claim they’ve abused you.

VI. Thou shall not kill or abuse terrorists or criminals, but unborn babies may be killed right up to the moment of their birth.

VII. Thou shall marry anyone or any creature you wish with the full protection of Obama.

VIII. Thou shall steal from those who work and save and give such bounty to those who are slothful, irresponsible and non-productive.

IX. Thou shall not bear false witness against your neighbor, unless they refuse to accept Obama as their god and their leader.

X. You shall covet your neighbor's house. When Obama is done transforming America you will have it.