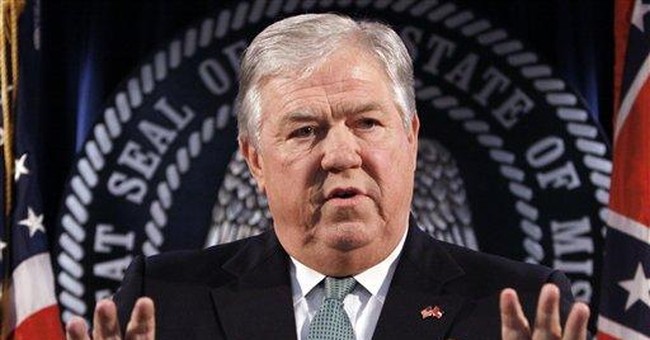 With the immoral and intrusive Obama health care plan on the verge of passing both houses of the U.S. Congress, twenty Republican governors and governors-elect sent a letter to the House and Senate leaders urging them to pass “meaningful health care reform, not hastily prepared partisan legislation which omits reform and saddles American taxpayers for generations to come.”

“Governors of both parties have said for months how bad this bill is for the states and our nation,” said Republican Governors Association chairman Haley Barbour. ”Now is the time for leaders in Congress to finally listen and restart this process so they can get health care reform right.”

The RGA blasted the lack of transparency in the legislative process and called the current health care bills “a lost opportunity to improve the lives of Americans, create a sustainable system of health care and help stabilize both our state and national economies.”

The governors assert that the House and Senate bills fail to fix the broken Medicaid and Medicare systems and instead entitle 15-20 million more people to Medicaid. The net result of this expansion “will be a significant cost shift to those privately insured around the country” and will further damage already hurting state budgets.

The RGA also criticized the inflexibility forced upon states in the current bills. The governors write that the current proposals would eliminate the ability of states to negotiate Medicaid-provider rates and force the states into a one-size-fits-all, federally-designed health insurance exchange.

While the mainstream news media continue to hype President Barack Obama’s health care aspirations in the midst of a dismal, economic picture in the United States, more and more states are debating the prospect of declaring sovereignty.

According to political experts such as strategist Mike Baker, Americans are becoming disenchanted with the federal government’s lack of perspective on issues of great concern — especially health care — while intruding into the private lives of citizens with federal laws and other intrusions.

“Many [citizens] are angry at federal government intrusion into their lives and into matters that were intended by our Founding Fathers to be relegated to the individual states,” said Baker.

“Take, for instance, the police power. Since the beginning of our republic, police and law enforcement was considered a function of each state in the union. Now we have federal law enforcement agencies who are taking away police powers from states. Why does an agency -- the ATF -- created to oversee issues related to alcohol, tobacco and firearms need to have SWAT teams?” asks the conservative political strategist.

Not only does the US Constitution provide for the sovereignty, the US Supreme Court also ruled in New York v. United States, 112 S. Ct. 2408 (1992), that Congress may not simply commandeer the legislative and regulatory processes of the states.

In the Northeast, long considered a bastion of liberal politics, New Hampshire has joined the fray. HCR-6 is a resolution “affirming States’ rights based on Jeffersonian principles.”

The bill states: “[T]he Constitution of the State of New Hampshire… declares that the people of this State have the sole and exclusive right of governing themselves as a free, sovereign, and independent State; and do, and forever hereafter shall, exercise and enjoy every power, jurisdiction, and right, pertaining thereto, which is not, or may not hereafter be, by them expressly delegated to the United States of America in congress assembled; and… the Constitution of the State… declares that the people inhabiting the territory formerly called the province of New Hampshire, do hereby solemnly and mutually agree with each other, to form themselves into a free, sovereign and independent body-politic, or State, by the name of The State of New Hampshire….”

The government health care threat posed by the Democrat Party's deceptive and destructive legislation and tactics may well be the proverbial straw that broke the camel's back. Hopefully, it will lead to a return to Reagan conservative principles that have all but been abandoned by the Grand Old Party.