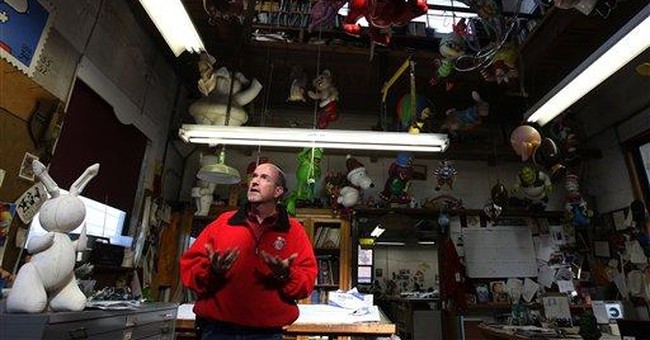 This past year has been a tough one for many, if not most, Americans. While fighting two fronts in the war on terrorism, we've had to contend with economic turmoil, soaring unemployment, political division and a growing sense that America's best years are behind us.

However, the credit for creation of our own Thanksgiving Day holiday goes to the Pilgrims who arrived in the New World in December 1620. These Christian men and women escaped religious persecution in the Old World only to be subjected by the harshest of winters compounded with a lack of food supplies. By the end of that frigid winter, half of these settlers were dead.

According to Barton, the colonists witnessed a prosperity with a bountiful harvest. Barton quotes the colony's future governor -- Edward Winslow -- as stating: "God be praised, we had a good increase of corn. . . . [and] by the goodness of God, we are far from want."

In their fervor to acknowledge God's blessings upon them, the Pilgrims declared a three-day feast in December 1621 to thank God and to celebrate His blessings with their friends. Indian warriors from the Wampanoag tribe joined the Pilgrims for three days of food, athletic games (the young Pilgrim and Wampanoag men engaged in races, wrestling matches, and other athletic events), and of prayer.

This celebration – America's first Thanksgiving Festival on record – was the origin of the holiday that Americans now celebrate each November, Barton points out.

Barton points out: "In the first half of the nineteenth century, Mrs. Sarah Josepha Hale, the editor of Godey's Lady's Book (a popular lady's books containing poetry, art work, and articles by America's leading authors) began to lobby for a national Day of Thanksgiving. F or nearly three decades, she contacted president after president until Abraham Lincoln responded in 1863 by setting aside the last Thursday of that November.

"Over the next seventy-five years, presidents faithfully followed Lincoln's precedent, annually declaring a national Thanksgiving Day, but the date of the celebrations varied widely from proclamation to proclamation. In 1933, President Franklin D. Roosevelt celebrated Thanksgiving on the fourth Thursday of November and maintained that date year by year throughout his presidency. In 1941, Congress permanently established the fourth Thursday in November as the national Thanksgiving holiday."

When President Barack Obama and his cheerleaders on the left tell Americans that their nation is not a Christian one, perhaps they'd be better served if they read a little unadulterated and non-politically correct American history. They will undoubtedly find numerous references to God, His blessings and His mercy. Perhaps what this nation needs is a revival of the true celebration of Thanksgiving Day.