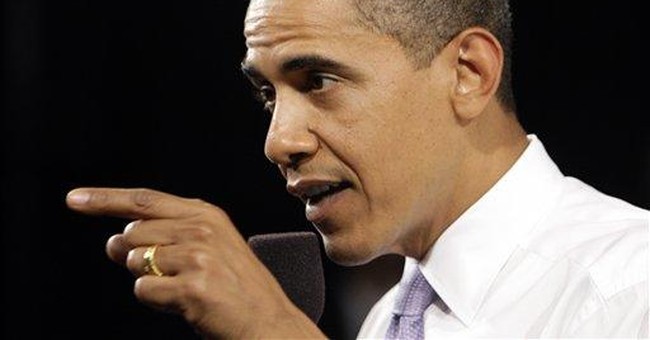 Once the Obama Administration completed their goal of passing an enormous spending bill with the promise of stimulating our economy, they immediately set their sights on passing legislation to control the health care system throughout the nation.

The Democrats are seeking to replicate the socialized medicine systems of other industrialized nations such as Britain, Canada and Japan, but they are using the tactics of misinformation and stealth to achieve their goal.

"The mainstream news media and liberal politicians are always praising the health care systems in other countries, but they never discuss the nightmare stories emanating from these countries' medical professionals," said political strategist Mike Baker.

"I believe individuals should have the opportunity to select the health insurance policy that best meets his or her needs, which is why I am an original co-sponsor of the Health Care Choice Act. The Health Care Choice Act would enable consumers to choose and purchase affordable health insurance policies that offer a range of benefits," said Representative Pete Hoekstra (R-MI).

Hoekstra and other conservative congressmen want Americans to receive medical care, but they say they don't want the government dictating what care is given and when it is given.

Unfortunately for President Barack Obama, Speaker of the House Nancy Pelosi, and the usual suspects on the far-left, a majority of the American people aren't buying the idea of ObamaCare, resulting in a grassroots uprising similar to the one President Bill Clinton faced in 1993 when his wife attempted a government takeover of medicine.

So Barack Obama, after exhausting his usual tactics of vilifying his opposition, decided to embark on a new project: a teleconference with religious leaders and other Americans of faith. According to estimates, more than 140,000 people participated as President Obama waxed elegant. He even threw in a few Bible verses (and took them out of context).

What President Obama did not mention to those religious participants was that he favors the killing of unborn babies and voted for partial-birth abortion. He also failed to mention that one of his main advisors, Rahm Emanuel's brother Ezekial, had made radical statements regarding abortion including the statement that a baby wasn't a human being until he or she were able to understand the concept of "tomorrow."

Whenever the subject of abortion or euthanasia is brought up regarding the far-left health care plan, President Obama and the Democrats respond that there is nothing in their health care bill regarding those procedures. However, the truth is that there is nothing in the health care bills being circulated that would prevent taxpayer money being used for abortions, and euthanasia will naturally result from the rationing of health care. If an elderly patient is denied medical treatment for cancer, for example, that is euthanasia -- you are indirectly killing a human being by withholding live saving threatment.

One Biblical reference used President Obama during his "health care sermon" was a part of the Ten Commandments that reads, "Thou shalt not bear false witness." Those who oppose a government health care system are bearing false witness, according to the man who sat in a pew listening to a pastor who said, "God damn, America" and other anti-American utterances, but did not leave that church until Americans found out about the real Rev. Jeremiah Wright.

During his religious teleconference, Obama, like Hillary Clinton before him, used the Ninth Commandment to condemn his detractors and opponents of the Democrat's idea of health care reform. Of course, no one in the media mentioned how many times Obama bore false witness against others such as when he claimed there were physicians amputating patients' arms and legs solely to make more money. Of course, no one in the news media pushed the President to provide even one example of his assertion. And President Obama did not volunteer that information, either. Can I get an Amen?