Is the Welfare State the Fault of Christians? 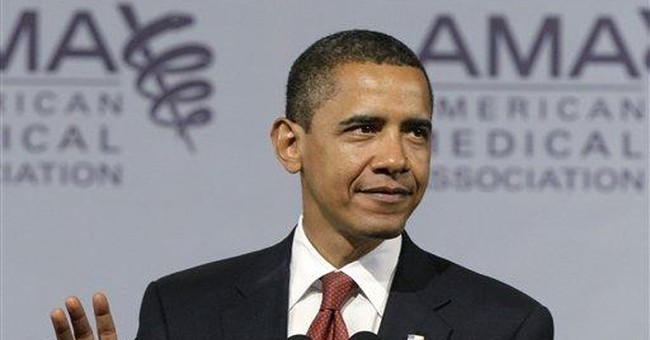 Pure religion and undefiled before God and the Father is this, To visit the fatherless and widows in their affliction, and to keep himself unspotted from the world. - James 1:27

The Obama Administration and both houses of the US Congress are fast-tracking a number of programs designed to increase the size of what's commonly known as the Welfare State.

And while Christian church leaders and members may wag their fingers at this socialist strategy of "forced charity," we must remember that in order to remove the specks from the eyes of liberal-left politicians, we must first remove the boards from our own eyes.

The Church -- the Body of Christ -- continues its laxity in assisting the poor, the homeless, the diseased and the mentally ill in the United States. In the days before Franklin Delano Roosevelt's New Deal and Lyndon Baines Johnson's Great Society, it was the Christian church that provided food, clothing and shelter for the poor and destitute members of society.

For example, During The Great Depression and thereafter, the majority of "soup kitchens" and "shelters" were run by local churches. The homeless were provided a warm meal, a place to rest and a chance to hear the Good News of salvation through Jesus Christ. Christians in those days understood that in order to address the needs of the soul, it's best to first address the needs of the body.

But today, it appears that Christian leaders and church members have passed on the role of charity givers to the government – a government that prohibits even the mention of Jesus Christ within the public realm.

To put it succinctly, Christian men and women have changed from a people who literally give the shirts off their backs to cheapskates. And we have more than merely anecdotal evidence to back up that claim.

Two studies were conducted by Ellison Research Institute. One was a representative sample of 811 Protestant church ministers nationwide, and the other was a companion survey of 1,184 people who attend Protestant churches at least once a month.

Twenty percent believe there is a biblical mandate to give, but not any specific amount or percentage.

Twenty-seven percent feel the Bible commands Christians to give, but not a set proportion or amount, while 10 percent believe Christians are under no mandate to give anything.

Among people who do believe in tithing (whether to the local church specifically or to any type of organization), an ongoing debate is whether the 10 percent should be figured on gross income or on net income (after taxes).

Churchgoers who believe in tithing are equally split over this: Forty-eight percent believe the tithe should be figured on net income while fifty-two percent say it should be on gross income.

In a 2003 study, researchers discovered that the number of Americans who give ten percent of their income to the church "dropped by 62 percent in the past year, from 8 percent in 2001 to just 3 percent of adults during 2002," the Barna Research Group said.

And Roman Catholics were even worse than their Protestant brethren. Of Catholic respondents, none reported giving 10 percent of last year's (2002) income to his or her church.

Barna, study revealed that among born-again adults, 14 percent reported tithing in 2001, but only 6 percent said they did so in 2002. Among evangelicals, nearly 9 percent of those surveyed reported tithing.

With such a shabby record of giving by churchgoers, it is difficult for churches -- an important institution for community stabilization -- to perform their Christian duties to feed, clothe, and shelter the poor, disabled, mentally ill and others in American society who depend on the charity of others.

With this lack of charity comes the unintended consequences of government programs that are intrusive and ineffective. For instance, public assistance, or welfare, has done more to destabilize the nuclear family than any other program in history. One of the stipulations for qualifying for public assistance is that a mother be alone in raising her children. So, in order to qualify, millions of women forgo marriage and create a single-parent home for their children. Another drawback is welfare payments being based on the number of children in the home. This further increases the number of children who grow up without a father.

Honest sociologists long ago realized the destructive nature of government-run "charity." Yet, conservatives -- especially Christian conservatives -- may find it difficult to condemn the welfare system without performing their Christian duty to be charitable.

Besides, what Christian wants to be known as a cheapskate?