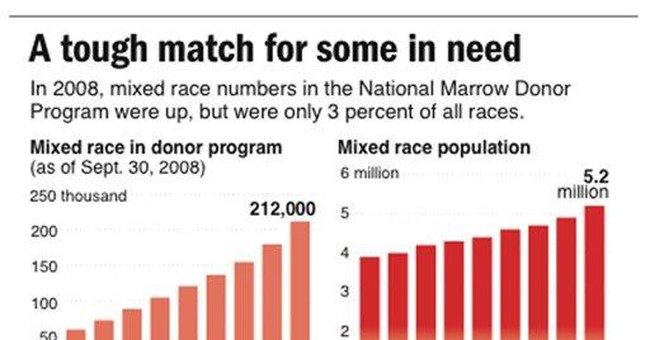 For many, many years the function of counting the number of US citizens and residents living in the US and its territories was non-political and free from manipulation by any political party.

However, according to critics of the President Barak Obama Administration, the Democrat Party is taking advantage of its capture of the White House and both houses of Congress to take a "more active role" in the US Census process including oversight of the information gathering by Obama appointees.

"The fight to protect the accuracy and independence of the 2010 census has just begun," said Rep. Patrick McHenry of North Carolina, the top Republican on a House subcommittee overseeing the census.

"President Obama has made clear that he intends to employ the political manipulation of census data for partisan gain," said the conservative congressman.

On Thursday, the Obama White House announced the selection of Robert Groves to head the Department of Commerce, the federal agency responsible for fulfilling the Constitutional duty of taking a census.

Groves once served in the Census Bureau as associate director of statistical design during the George H.W. Bush Administration.

According to his bio, he spent decades "researching ways to improve survey response rates."

Should the US Senate confirm him, Groves will take over the Commerce Department just months before the decennial count begins. As a result, there has been a great deal of infighting between the mostly-Republican conservatives and the mostly-Democrat liberals since the US Census is used as a basis for allocating billions of dollars to states and cities while apportioning seats in the US House of Representatives.

"While the results of the US Census have always been politically motivated, its process historically was meant to be free from partisan politics," said political strategist Mike Baker.

"The Democrat Party and their allies in the news media have always been in favor of certain groups wielding more power, including illegal aliens who are expected to vote for liberal-left Democrats," Baker warned.

For years, Republican and Democrat lawmakers have fought over whether or not the census should be based on a strict head count or cross-checked against a "statistical adjustment" to include hard-to-track people, particularly minorities, who might have been missed.

In 1999, the Supreme Court ruled that US Census statistic samplings should never be used to apportion House seats, but the majority opinion indicated that adjustments could be made to the population count when redrawing congressional boundaries.

Groves, 60, currently a professor at the University of Michigan, will face a hailstorm of dissent from conservative groups and politicians. Americans are being told -- with the help of members of the news media -- that millions and millions of people populating this nation's urban areas are not being counted.

They claim that close to 15 percent of the US population are at risk of being not being counted due to language problems and a deepening economic crisis due to the financial meltdown that has displaced homeowners.

For example, according to Rep. McHenry, up to $250 million of the $1 billion in stimulus money for outreach, particularly for traditionally hard-to-count minorities, will be distributed according to Census figures.

One issue that strikes at the heart of the Obama Census plan is the counting of illegal immigrants as if there were citizens. The liberal-left politicians want illegal aliens counted as American citizens in order to gather more votes, plain and simple. Recently in Georgia the high court struck down a law requiring voters to show proof of citizenship.

Several conservative organizations believe the new Census figures will be used to provide more benefits to illegal immigrants. Abuse is already rampant in the collection of fraudulent income tax refunds from the IRS -- especially by illegal immigrants.

For example, the Earned Income Tax Credit (EITC) is the largest cash transfer program in the United States. More than 23 million families received more than $44 billion in the EITC refundable tax credit in 2006. Between 27% and 32% of EITC dollars are collected fraudulently, the new report says.

In addition, much of the so-called "tax relief" goes to people who never paid a cent in taxes, and may have already defrauded the government of huge sums each year. For instance, the Additional Child Tax Credit (ACTC) is available to illegal immigrants even if they do not have a valid Social Security number. The EITC is the most accessible of the major entitlement programs and used by more people than food stamps or Medicare.

The problem is most Americans don't know this manipulation of the Census will happen and, if they do know, they don't seem to care.