On Drug Prices, Congress May Save Trump From His Own Administration

Mytheos Holt
|
Posted: Dec 20, 2017 12:01 AM
Share   Tweet
The opinions expressed by columnists are their own and do not necessarily represent the views of Townhall.com. 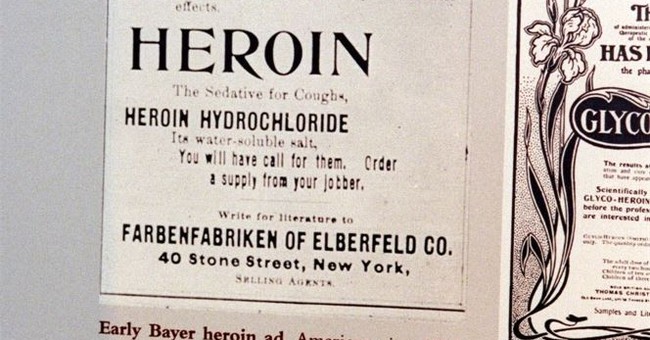 For most of his first year in office, President Trump has been ahead of the curve with respect to the issues facing America, while Congressional Republicans have remained mired in the dead letter Romneyite past.

However, it’s Christmas, and miracles happen at this time of year. As such, we may be about to witness something difficult to imagine: Congress holding an industry’s feet to the fire where the Trump administration would not. I refer to the current effort by 147 members of Congress, from both parties, to overturn an egregious sop to the pharmaceutical industry by the Trump administration’s Centers for Medicare and Medicaid Services (CMS). Specifically: CMS’ attempt to gut the 340B drug pricing program, which requires pharmaceutical companies to sell certain drugs to certain safety net hospitals at reduced prices in exchange for access to the large Medicare and Medicaid markets.

And what a relief! Because CMS’s action, which favors drugmakers as well as private practice cancer clinics that shun the poor and working class, it was always out of character for this president. After all, who can forget that Trump accused the pharmaceutical industry of “getting away with murder” on the campaign trail? Yet, as these columns have repeatedly noted, Trump has since permitted his HHS department to be stacked with corporatist-minded allies of the fanatically ambitious avatar of Conservatism, Inc. that lives in the Naval Observatory. Short of a rebuke from Congress, this hostile takeover of the Trump administration by ideologues might well have continued apace, and yet more policies might have been released that punished Trump voters for having the gall to not financially as well off than the Republican donor class. After all, Conservatism, Inc. had to get the stink of having the 47 percent vote for them off somehow.

Fortunately, one of Trump country’s representatives, David McKinley Republican of West Virginia, has seen fit to to prevent that from happening in the House. And, as already mentioned, his effort has been paying off. His bill blocking CMS’s cuts to 340B has gained 20 cosponsors in the last week alone, and already has 147 total sponsors. Furthermore, the bill has garnered the attention of six senators, including Senate Republican Conference Chair John Thune (R-SD), who have pressed to have a version of McKinley’s language included in an end of the year essential spending bill. If successful, then Thune and McKinley might deliver an effective warning to the President about how his administration could be hijacked.

Whether Congress will actually continue this flirtation with actually caring about constituents remains to be seen, however, this an important test for the President who promised to drain the swamp. 340B is one of the most effective anti-corporate welfare policies on the books, not to mention one of the few policies that makes cooperation with America’s entitlement state a two-way street for big business. It holds an industry to account that President Trump has already voiced strong desire to confront, and acts as a watered down equivalent to the President’s own idea to negotiate drug prices directly with Medicare and Medicaid providers.

When Congress decides to take Trumpism this seriously, it deserves to be commended. So attaboy, Rep. McKinley and Sen. Thune. With any luck, this will be just one of many steps that Congress takes that bring the original vision of the Republican party’s most unorthodox and visionary president back to Washington.