Quick Compelling Bible Study Vol. 43: 'A House Divided Against Itself'

Myra Kahn Adams
|
Posted: Jan 10, 2021 12:01 AM
Share   Tweet
The opinions expressed by columnists are their own and do not necessarily represent the views of Townhall.com. 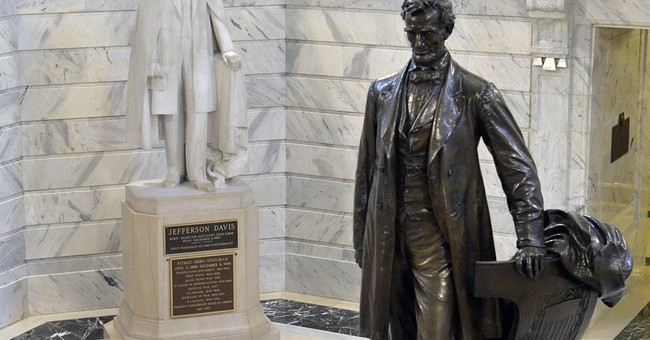 The Scriptures we are studying today were spontaneously chosen only after I sat down to write this study. Since last Monday, I had every intention of writing about Psalm 46 and spent time researching the meaning of that magnificent “song” for these troubled times. Such a last-minute switch-out has never happened in the 42 previous volumes. Thus, my interpretation is that I am “supposed” to write about this famous phrase of scripture, which happens to be a political cliché, usually attributed to Abraham Lincoln:

"A house divided against itself cannot stand."

However, Lincoln was quoting Jesus. During Lincoln’s time, Americans often read the Bible. Therefore, they were keenly aware of the source and His warning about division bringing down a Godly “house.”

Lincoln was three years away from his 1861 presidential inauguration when on June 16, 1858, he gave what we call the “House Divided Speech.” He was vying to win the nomination as the Republican U.S. Senate candidate from Illinois. Although Lincoln now ranks high among our most revered presidents, in 1858 he was criticized for invoking the words of Jesus in his speech within the context of a nation bitterly divided over the issue of slavery. The following paragraph explaining the circumstances is from a website about Lincoln:

“Even Lincoln's friends regarded the speech as too radical for the occasion. His law partner, William H. Herndon, considered Lincoln as morally courageous but politically incorrect. Lincoln read the speech to him before delivering it, referring to the ‘house divided’ language this way: ‘The proposition is indisputably true ... and I will deliver it as written. I want to use some universally known figure, expressed in simple language as universally known, that it may strike home to the minds of men in order to rouse them to the peril of the times.’"

Of course, that “universally known figure” was Jesus.

Here is the opening of Lincoln’s speech:

“Mr. President and Gentlemen of the Convention.

If we could first know where we are, and whither we are tending, we could then better judge what to do, and how to do it.

We are now far into the fifth year, since a policy was initiated, with the avowed object, and confident promise, of putting an end to slavery agitation.

Under the operation of that policy, that agitation has not only, not ceased, but has constantly augmented.

In my opinion, it will not cease, until a crisis shall have been reached, and passed.

‘A house divided against itself cannot stand.’

I believe this government cannot endure, permanently half slave and half free.

It will become all one thing or all the other.”

You can read the remainder of Lincoln’s speech here.

Indeed, our nation did become “all one thing,” but only after much trauma, bloodshed, and 620,000 war deaths — roughly 2% of the U.S. population at the time.

But you came here for a Bible Study, not a history lesson, so let’s further explore the prescient words of Jesus. As usual with repeated Gospels, the three “house divided” passages differ slightly, and with national division at a peak, all three are short and worth reading.

And if I drive out demons by Beelzebul, by whom do your people drive them out? So then, they will be your judges.

But if it is by the Spirit of God that I drive out demons, then the kingdom of God has come upon you. Or again, how can anyone enter a strong man’s house and carry off his possessions unless he first ties up the strong man? Then he can plunder his house.”

Why are these Gospel verses important? Lincoln had the answer, "..that it may strike home to the minds of men in order to rouse them to the peril of the times."

There is also another universal answer for these times that opens the Psalm about which I had planned to write: "God is our refuge and strength, an ever-present help in trouble" (Psalm 46-1).

Can we all agree with that?

Do I hear an Amen?