‘When I’m 64’: My Beatles’ Birthday Benchmark

Myra Kahn Adams
|
Posted: Jun 07, 2019 12:01 AM
Share   Tweet
The opinions expressed by columnists are their own and do not necessarily represent the views of Townhall.com. 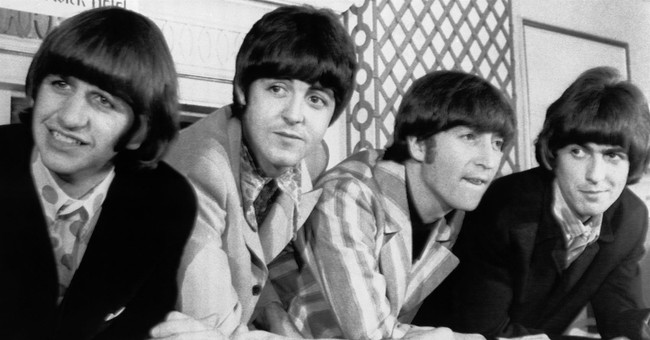 At 8 years old, after watching the Beatles perform on the Ed Sullivan Show with my parents on Feb. 9, 1964, I became a lifelong fan of the band. (For the record, my father boldly proclaimed that "the Beatles were a fad and would only last a month.”)

Then, upon turning 60, inevitably each birthday was bringing me closer to a famous song from the Beatles’ 1967 album, Sgt. Pepper's Lonely Hearts Club Band — "When I'm 64." Given that this week, “When” is “now,” I can’t let this milestone pass without some reflection.

But first, some quick background about “When I’m 64.”

According to the Beatles Bible, Paul McCartney initially composed the song “on the family piano when he was about 15,” in 1957. Then in “1966 when McCartney’s father Jim turned 64” the song was “dusted down” and included on Sgt. Pepper. The album was released in the U.S. on June 2, 1967, and five days later I received it as a 12th birthday gift.

Growing up with the Beatles, every new album was a seismic event, but Sgt. Pepper was the musical equivalent of a tectonic plate shift. Honestly, “When I’m 64” was not among my favorite songs. But, after continuously listening to the album while reading the lyrics printed on the back — a “rock” album first — the age of 64 was seared into my pre-teen soul as very old, practically ancient.

Fortunately, since 1967, age has been culturally redefined. For example, if I were to pass away today, everyone would say that I died “young.”

Thus, I celebrate turning 64 not feeling elderly, but reflective about four historical events that unfolded around me while I sat with my ear next to the record player speaker listening to Sgt. Pepper’s unique bouquet of sounds. Unbeknownst to me at the time, those events were helping to shape my adult world view and that of my peers’.

First, the Beatles launched a cultural youth revolution beginning with the Ed Sullivan Show performance watched by 73 million Americans. Then, their June 1967 release of Sgt. Pepper marked the official beginning of the counter-culture hippie-inspired “Summer of Love” which widened the existing “generation gap” into a deep canyon of no return.

By age 12, having developed an interest in “current events,” (as it was called back then) I was keenly aware “the times, they are a-changing,” and a modern age had dawned. (Now I wonder how we ever managed before cell phones, computers, and the internet.)

Second, while Sgt. Pepper exploded the music and cultural scene, there were real explosions in the Middle East. The Six-Day War between Israel and the Arab states of Egypt, Syria, and Jordan began on June 5, 1967, and ended June 10.

Those six days were tense, especially for my Jewish family. Then on my June 7th birthday, Israeli troops captured the Old City of Jerusalem and famously celebrated by praying at the Western Wall. (Also then called the Wailing Wall.) From Israel’s 1948 War of Independence until June 7, 1967, the Old City had been cut off from West Jerusalem and Jews could not pray at the Western Wall — the last remaining remnant of the Old Temple destroyed by the Romans in A.D.70.

But now Jerusalem's holiest site was under Jewish control for the first time in 2,000 years! On the phone, I remember seeing my mother cry tears of joy while sharing the news that Jerusalem had been “liberated.”

Over the ensuing decades, as an adult who has prayed at the Western Wall on numerous occasions, the events of June 7, 1967, grew increasingly meaningful. Undoubtedly, that “birthday gift” helps explain my love for Israel and later, starting in 1975, my devotion to Jesus, the most famous Jew who lived and died there.

Third, because June 6, preceded my birthday, the 1944 D-Day invasion was burned into my brain along with that of every baby boomer. On June 6, 1967, D-Day had occurred only 23 years earlier, so the great heroism of our parents’ generation on the beaches of Normandy, France was still fresh and raw. My generation falls between the years 1946 and 1964, and we were born en masse because the invasion was successful — subsequently followed by the Nazi’s surrender in May 1945.

For the dwindling ranks of surviving veterans, this week’s 75th anniversary of D-Day is the last time they will see collective media gratitude for their actions. And I hope younger Americans will learn about the great risks and sacrifices of the “longest day.”

From an early age, D-Day next to my birthday had spawned an interest in the topic with a longing to visit Normandy. That time arrived in 2012 when my husband and I walked the now peaceful beaches where so much blood was shed, and I wrote about that eerie experience.

Fourth, returning to my 1967 birthday week mindset, as I listened to Paul sing about turning 64, with Jerusalem “liberated,” and amidst the annual D-day commemorations, there was always that nagging, tumultuous, Vietnam War halfway around the world. It has since been called the first “TV war” because my family, along with millions of Americans, watched footage on the evening news while we ate dinner.

I distinctly remember learning that our troops were the “good guys,” and the war had a purpose. We were fighting to keep communism from spreading, otherwise known as   "The Domino Theory" and at age 12, I embraced the concept.

The war did not personally impact my life because I did not know anyone who was fighting. However, I was keenly aware of mounting American casualties. For this piece, I researched the number of American military deaths in 1967, and it was a jaw-dropping 11,363. In 1968, the number rose to 16,899 and in 1969, decreased to 11,780. I kept hearing and reading that we were “winning” the war while feeling that something had to be going wrong somewhere.

Now I get melancholy whenever I buy clothes with labels that read “Made in Vietnam” and think about the 58,220 American lives lost, armed with knowledge that in fact, something did go terribly wrong.

And in "The End" what happened to my favorite “cute Beatle” who wrote and sang, “When I’m 64”? Paul McCartney turns 77 on June 18. He is still going strong, and that makes me feel young.