A Groundbreaking Future Exhibit About the Shroud of Turin

Myra Kahn Adams
|
Posted: Apr 28, 2019 12:01 AM
Share   Tweet
The opinions expressed by columnists are their own and do not necessarily represent the views of Townhall.com. 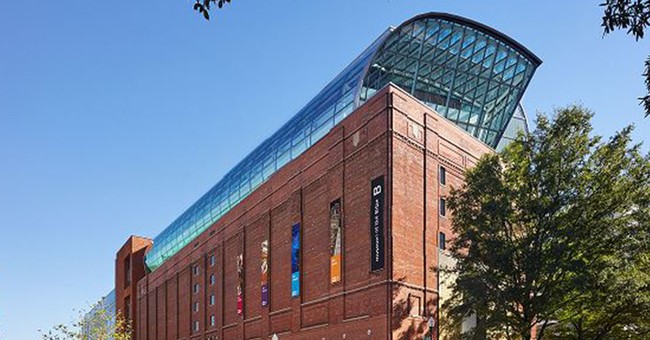 Source: Photo courtesy of Museum of the Bible

These are difficult times for all denominations founded on the divinity of Jesus Christ.

Recent polling indicates that American church attendance is rapidly declining, with "none" the fastest growing faith group cited by 20 percent of respondents up from 8 percent in 2000.

Then during Holy Week, the most sacred seven days for Christians, two tragic events struck that shook the faithful and the world to its core. First, on Monday, April 15, the fire at Notre Dame Cathedral in Paris, followed by Easter Sunday’s deadly terror attacks in Sri Lanka that targeted worshippers as they were celebrating the resurrection of Jesus.

But amidst the decline of the Christian faith among Americans and Europeans – along with church fires, terror, and a worldwide increase in Christian persecution – the world’s largest religion based on Jesus Christ as Lord and Savior – is flourishing in Africa. Furthermore, and amazingly, China is on course to be the world’s most Christian nation within 15 years despite government crackdowns.

What accounts for this exponential growth in non-Western Christian areas? The same as it has always been, the answer in Jesus’ words: “I am the way, the truth, and the life. No one comes to the Father except through Me” (John 14:6).

It started in Jerusalem that Sunday morning when Christ’s disciples discovered an empty tomb with His linen burial cloth "lying there"  -- then they “saw and believed.” But their faith required proof. The same proof needed by Doubting Thomas when he insisted that, “Unless I see the nail marks in his hands and put my finger where the nails were, and put my hand into his side, I will not believe” (John 20:24-29).  Fortunately for Doubting Thomas, he got his wish when the resurrected Christ appeared to show Thomas proof of His wounds.

Today, I believe that the world is in need of another “Doubting Thomas” moment and I am proud to announce that such an event is forthcoming.

Tuesday at the National Catholic Prayer Breakfast in Washington D.C., the following announcement was made from the podium on behalf of a major sponsor:

“Museum of the Bible is excited to propose a groundbreaking, high-tech, innovative exhibition about the Shroud of Turin with a mission to explore its history, mysteries, facets, and themes by utilizing state-of-the-art imaginative displays.”

The operative phrase is “excited to propose.” Henceforth, in order for the Museum to produce what would be the most creative, high-tech Shroud exhibit in the world, targeted to open in January 2021, at least $2 million must be raised.

My regular readers know that I am a long-time writer and proponent of the Shroud of Turin. But for those unfamiliar, it is a 14.5 feet by 3.5 feet linen cloth that bears a faint, yellowed image of a naked, crucified man, believed by millions of Christians to be the burial cloth of Jesus. Known for its mysterious properties, it is the world’s most studied, analyzed and revered cloth. Since the 1500s the Shroud of Turin has been housed in the Cathedral of St. John the Baptist in Turin, Italy, which explains its name.

Over the past year, a Shroud ministry I founded in 2018 along with leading Shroud experts, has been in discussions with the Museum of the Bible about the merits of a Shroud exhibit that will explore the cloth’s mysteries utilizing the most innovative display technology. Such technology is already a hallmark of the state-of-the-art Museum of the Bible.

Since its opening in November 2017, the 430,000-square-foot museum, Washington D.C.’s third largest just blocks from the Capitol, has joined the city’s pantheon of great museums receiving a 4.5 of out 5 star rating from TripAdvisor.

Of course the Shroud itself will not be present since it is forbidden to travel but, pending funding, this exhibit will demonstrate with interactive and virtual reality displays why the Shroud continues to baffle science.

Does the Shroud provide a “Doubting Thomas” moment leaving us with a “snapshot” of a front and back anatomically correct image of a crucified man that cannot be explained but thought to be Jesus a millisecond before his resurrection?

I ask those who continue to believe that the Shroud is a medieval hoax based on the debunked 1988 carbon-dating to help the Museum fund this unique, never-before-attempted exhibit as a way to prove that “hoax.”

If those who insist that the Shroud is fake, then we must counter with the question, “What if it is real?”

The world could use a “Doubting Thomas” moment about now, and this is why this proposed Shroud exhibit at the Museum of the Bible must be funded, and I have great confidence that it will.