What Was Found in Christ’s Empty Tomb?

Myra Kahn Adams
|
Posted: Apr 21, 2019 12:01 AM
Share   Tweet
The opinions expressed by columnists are their own and do not necessarily represent the views of Townhall.com. 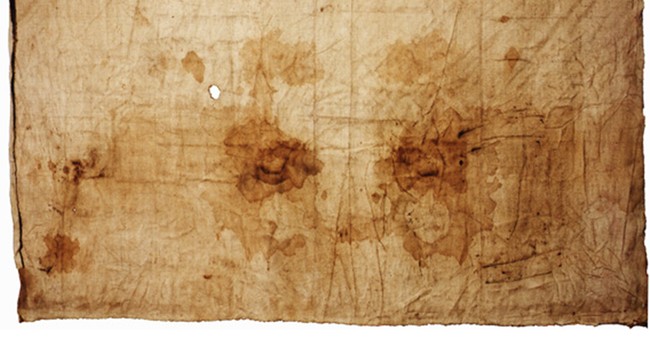 Warning: If you are not a believer in the divinity of Jesus Christ yet choose to continue reading, keep an open mind but prepare to be challenged.

Good Friday, the day annually associated with Christ’s crucifixion, is solemnly observed and followed by the jubilation of His resurrection on Easter Sunday. Let us be reminded that Jesus’s body was never found. If it were, Roman and Jewish authorities would have celebrated. And Christianity — which eventually grew into the world’s largest religion on the foundational event of Christ’s resurrection — never would have been birthed.

My belief in the resurrection is non-traditional. Having been born and raised Jewish, my parents told me that the “Jesus story” was a “fairy tale” and a “magic show” to make people feel good — and that we did not believe in Jesus because we were Jews. End of discussion, until I later learned that Jesus was Jewish, which I found confusing. But amazingly and thankfully, Jesus impacted me when I was 9 years old, about which I recently wrote.

My faith journey aside, on this Easter, I want to pose a question with miraculous answers: “What was found in Christ’s empty tomb?”

Over 2,000 years ago in Jerusalem, according to John’s Gospel, cloths were found in His empty tomb:

Then Simon Peter came, following him, and went into the tomb; and he saw the linen cloths lying there, and the handkerchief that had been around His head, not lying with the linen cloths, but folded together in a place by itself (John 20:6-7).

“The linen” is the Shroud of Turin and “the handkerchief” is the Sudarium of Oviedo, (called “the napkin” or “head cloth” in many Bible translations).

By tradition and for centuries, the two cloths have been linked, and then in the modern age by geometry, forensics and AB blood type.

But first, let’s define and describe both cloths.

The better known of the two is the Shroud of Turin, traced with a colorful, fascinating history and housed in the Cathedral of St. John the Baptist in Turin, Italy, since 1578.  This perplexing linen cloth measuring 14.5 feet by 3.5 feet is purported to be the burial shroud of Christ, and it is the most studied, analyzed, and revered relic in the world.

Chief among the many reasons why the Shroud continues to baffle modern science is that the linen displays a continuous front-to-back image of a crucified man. Moreover, the image clearly shows that his body endured about 125 scourges from a Roman flagrum (whip), and the blood marks around his head are consistent with those made by a crown of thorns. Incredibly, every visible mark on the body image could be a witness to Christ’s suffering and death as recorded in the four Gospels — with no broken bones, fulfilling an ancient prophecy cited in John (19:36).

The only comprehensive, extensive, scientific study ever performed on the Shroud was in 1978. In what was called the Shroud of Turin Research Project (STURP), over 30 scientists famously concluded that the image on the cloth: “Is not the product of an artist.”

STURP also determined that the man’s image does not penetrate the cloth — but rests on top and is consistently only two microfibers deep. Such consistency is an “artistic” feat impossible to replicate with human hands.

And those Shroud mysteries adjoin a long list that defies explanation.

For example, in 1898 the new technology of photography revealed that the man’s image on the cloth is a photographic negative, which turns positive when reversed by the camera. Furthermore, the cloth contains “3D distance information” that was graphically, scientifically, and artistically explored in the dramatic and popular 2010 History Channel documentary "The Real Face of Jesus?"

That “real face” brings us back to the Sudarium of Oviedo — the “handkerchief” or “napkin” purportedly found in the tomb and, by tradition, thought to have covered the face and head of Jesus immediately after he was removed from the cross. (Similar to today when, after someone dies their face is covered.)

The Sudarium resides in the Cathedral of the Holy Savior in Oviedo, Spain. The cloth was first mentioned in AD 570 by Antoninus of Piacenza, who wrote that it was located in the monastery of St. Mark, in Jerusalem.

The “handkerchief” measuring 33 x 21 inches is a bloodstained, soiled rag, and unlike the Shroud, the Sudarium does not contain an image. However, it does have a pattern of face and head stains linking the Sudarium to the Shroud. And that was the conclusion of a 2016 scientific study at the University of Seville in Spain. As reported in Aleteia, the Shroud and the Sudarium “almost certainly covered the cadaver of the same person.”

Utilizing principles of geometry and forensics, chief researcher Juan Manuel Miñarro said the number of correlations between the two relics “far exceeds the minimum number of proofs or significant points required by most judicial systems around the world to identify a person, which is between eight and 12, while our study has demonstrated more than 20.”

Miñarro cited “points that demonstrate the compatibility between both cloths,” including the forehead as well as the nose, right cheekbone and chin, which “present different wounds.”

Henceforth, if you want to believe that the Sudarium and the Shroud validate each other, there is ample evidence to support such a conclusion.

Of course, no discussion of the Shroud is complete without mentioning the controversial 1988 carbon -14 test dating the cloth to between 1260 and 1390 and concluding that the Shroud was a "medieval forgery."

However, over the ensuing decades, the test’s conclusion has been debunked by numerous scientists because the piece tested may have been subjected to a medieval reweave or repair as determined by chemical analysis in 2005.

Nonetheless, the radiocarbon dating provides a convenient excuse for atheists and naysayers to ignore the Shroud’s myriad of unexplained mysteries verified by STURP’s findings. Also, linking the Shroud to the Sudarium, which has a documented historical trail to the sixth century, means that the carbon date is off by at least eight centuries!

Finally, if you are without faith this Easter and your approach to religion is “show me,” challenge yourself by learning the facts about these two cloths and the resurrection of Jesus Christ. Think about the age-old question surrounding the Shroud of Turin with its image of a crucified man — “Is it the greatest hoax ever perpetrated or a deliberate and purposeful sign from God?”

Choosing to accept that “sign,” or any divine sign opens you to experience the forgiveness and love of the risen Lord Jesus Christ, and that is no fairy tale or magic show.