The Need for a ‘National Political Timeout’

Myra Kahn Adams
|
Posted: Nov 08, 2018 12:01 AM
Share   Tweet
The opinions expressed by columnists are their own and do not necessarily represent the views of Townhall.com. 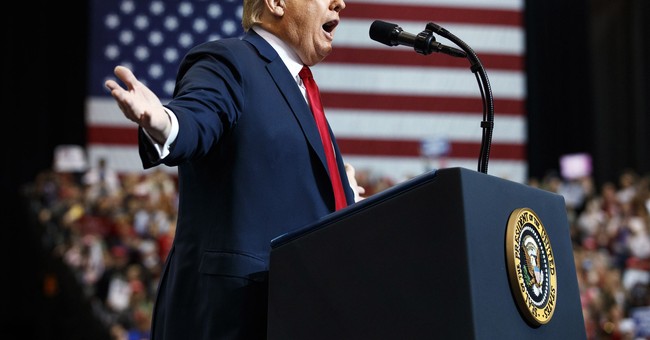 The good news is the midterms are over, a sentiment with 100 percent voter approval and no margin of error. Meanwhile, millions of Americans win voter participation trophies with turnout levels closer to presidential elections. The midterm’s mixed results, with Democrats winning control of the House of Representatives, Republicans increasing their majority in the Senate and equal amounts of gubernatorial defeats and victories, offer partisans the opportunity to cherry-pick their bragging rights.

The bad news is the end of the midterm means the beginning of the 2020 presidential campaign. At this writing, there are only 727 days until Nov. 3, 2020 — still time to put a bumper sticker on your car. Except that people rarely put bumper stickers on their cars anymore because they are afraid of the repercussions in our highly polarized nation. A perfect segue to why I am proposing a new initiative called, the “National Political Timeout.”

After the most contentious and expensive midterm election in modern American history, what our nation needs is a cooling-off period with the next ten days declared a “no political zone.” Time to exchange hugs and pleasantries with irritating family members and obnoxious neighbors who vote with the opposing party. Ten days when collectively as a nation, we can put aside our political differences and appreciate that we live in the greatest nation in the world governed by a constitution written in 1787 by slave-owning privileged white males who violated the rights of women.

With political divisiveness so pervasive, there is general agreement that our nation is engaged in an “uncivil war.” Therefore, how can we endure the next 727 days without a timeout? We can’t, so instituting a “National Political Timeout” addresses the need for a political mental health break.

However, I recognize that the 2020 election stakes are high. Especially after my Republican president running for reelection tweeted late on Tuesday night, “Trump is the magic man.”

Today, both parties begin formulating their presidential campaign battle plans, and the media is excited about a long, drawn-out horserace. That means the chances of my “National Political Timeout” initiative becoming an official act is only a kumbaya pipedream.

Alternatively, here is a more realistic personal plan — a timeout of sorts that does not require a presidential Executive Order or an act of Congress. This plan was first revealed to me in 2004 and put into action by Andrea — my very liberal politically active older sister.

After President George W. Bush (who she loathed) defeated Sen. John Kerry, Andrea was thoroughly disgusted and vowed to disengage from politics. (That was until 2007 when every day she accessorized her wardrobe with a “Hillary for President” button.)

When I asked Andrea how she was dealing with Kerry’s loss, she replied, “from now on I am only watching the Food Channel.”

Fourteen years later, Andrea’s political withdrawal plan still has merit, and there are more food and cooking channels than ever before.

Sadly, Andrea died suddenly on Sept. 17, 2016, at age 70 while she was gleefully counting down the days until her beloved Hillary would be elected president. About a week after the unexpected outcome of the November 2016 election, Andrea’s twin, my sister Donna, told me that she was grateful Andrea did not live to see Hillary’s defeat because “that would have killed her.” (Of course, the night Trump was elected that same thought crossed my mind.)

With Trump-era vitriolic politics in the age of the permanent campaign, I often imagine Andrea eternally watching the Food Channel. But, I still think that a ten-day “National Political Timeout” is a great idea and suggest that all Americans submit to it voluntarily.