Myra Kahn Adams
|
Posted: Apr 05, 2018 12:01 AM
Share   Tweet
The opinions expressed by columnists are their own and do not necessarily represent the views of Townhall.com. 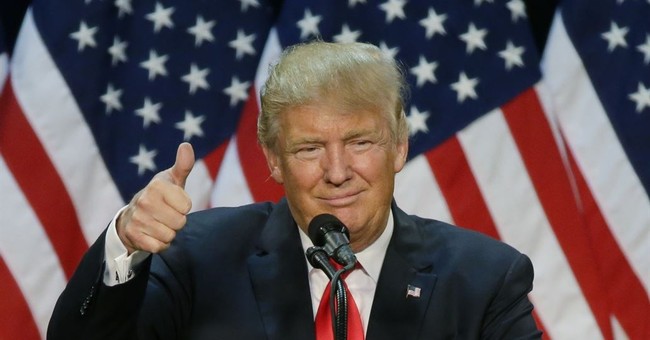 President Trump’s 2020 re-election campaign organization with the slogan “Keep America Great” is underway. The organization is being built to engage in the most contentious presidential campaign in modern American history sure to “stress-test” our political system already plagued by dangerous levels of extreme polarization.

From a vantage point thirty months out from Election Day 2020, here are four reasons why Trump 2020 is currently unlike any presidential re-election campaign organization, ever.

#1: No president has ever announced his re-election before the midterm election.

Technically, President Trump has been running for re-election since Inauguration Day, January 20, 2017 when, shortly after his swearing-in, Trump’s 2020 re-election committee filed with the Federal Election Commission.

Then, on February 27, 2018, Trump made his official re-election announcement, 980 days before Election Day, naming Brad Parscale as campaign manager.

Even President Obama, who previously held the early re-election announcement record at 582 days before Election Day 2012, waited five months after the 2010 midterms to announce on April 4, 2011. (Reminder: Obama was "humbled" by the midterm “shellacking” after the GOP won control of the House winning a modern record of 63 seats but rebounded to win re-election in 2012. More on this later.)

Historically, as Obama experienced, the first midterm for a new president has, for the vast majority of presidents, resulted in a disastrous loss of seats for the president’s party as documented in this chart.

By having announced his re-election intentions nine months before the midterm election, does Trump risk incurring an added level of acrimony? Trump’s name will be virtually flashing at the top of the midterm ballot giving voters the opportunity to indirectly send him — through Republican Party candidates — a positive or negative message.

Trump may soon discover why all presidents have waited to announce their re-election several months after the first midterm.

#2: No president running for re-election has ever had his prior election campaign investigated by a special counsel.

With Trump’s 2020 re-election gearing up for a campaign marathon, Special Counsel Robert Mueller’s investigative team is casting a wide net into Trump 2016 and “Russian collusion” — a term that has now morphed into giving Mueller entrée to investigate anyone, anywhere, at any point in time.

Mueller, with his investigation making daily headlines, is the definitive wildcard for Trump 2020. Mueller’s actions, how Trump acts and reacts to Mueller, how long Mueller’s investigation continues, and the timing of Mueller’s final report and recommendations, could impact whether or not Trump has any primary opponents, is reelected, or if Trump 2020 even makes it to 2020 because….

#3: Trump 2020 could be the first presidential re-election campaign to fight impeachment.

Recently a prominent GOP strategist and a Republican congressman stated publicly,   what numerous Republican leaders had said privately — that if Democrats win control of the House, Trump impeachment proceedings are likely to begin.

Conceivably, President Trump could concurrently campaign for re-election while fighting impeachment. Those circumstances would define a “nation divided” subjecting our democracy to the ultimate “stress-test.” One can only imagine the record-breaking television ratings the “Trump Impeachment Show” would garner for a sad melodrama that our nation’s enemies would try to exploit.

#4: Trump’s 2020 campaign manager is a big early target for Democrats and the media.

Traditionally, presidential campaign managers stayed behind the curtain managing the campaign, but not anymore. To what degree Brad Parscale is caught up in the Facebook/Cambridge Analytica data scandal has yet to be determined. But, Mueller is supposedly examining Cambridge Analytica’s role with an eye toward Russian involvement while Parscale was the 2016 Trump campaign’s digital director and social media guru. Surely, Mueller is curious about the nature of the services for which the Trump campaign paid $5.9 million to Cambridge Analytica from July through December 2016, according to FEC disbursement records.

The danger for Parscale so early in Trump’s 2020 re-election quest is that he has set himself up to be a major frontline target for Democrats and the mainstream media. Historically, distracted and controversial presidential campaign managers do not last until Election Day.

However, Parscale is under the control of Trump’s son-in-law Jared Kushner, who is widely expected to lead Trump 2020 when he eventually leaves (or is pushed out of) the White House, AND if he escapes Mueller’s probing.

Finally, Trump 2020 has a tremendous advantage — the power of incumbency. This power must never be underestimated. Remember that the last three presidents were re-elected and they too were often controversial and unpopular. Meanwhile, the historic re-election rate for incumbents stands at 68.7 percent.

Thus, Trump 2020, and Donald Trump as an empowered incumbent and master political strategist ensures a campaign forecast with thunderbolts of lightning from now until he leaves office.