Putin Gets No Pushback From Obama and the Feds, but Americans Do 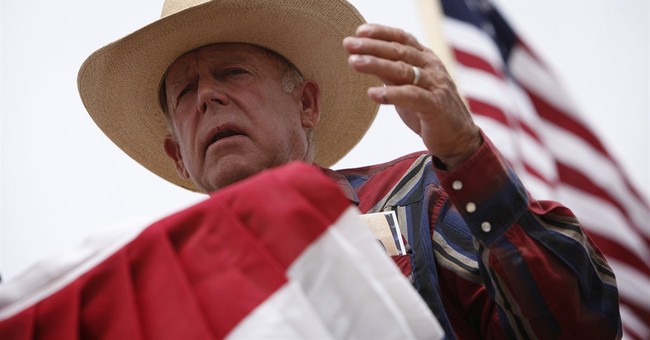 Doesn’t it seem odd that Obama and the Federal government are going full force after rancher Cliven Bundy and his cattle grazing issue, but they basically bend over backwards to diplomatically deal with Vladimir Putin’s invasion of Crimea and now Ukraine?

It seems that the Obama administration and the Democrats like Harry Reid are hell-bent on persecuting, harassing and demonizing American citizens while foreign dictators, aggressors and terrorists get little, if any pushback. Why is that?

I understand the issue with rancher Bundy.Yes, he is taking a stand on what he believes to be right and perhaps he could have handled it a bit differently over the past decades, but realistically his family homesteaded the land in 1877, the feds changed the rules on him over an endangered tortoise and he fought them.They in turn, made a land grab, revoked his grazing permit and have placed levies of up to $1 million dollars in fines on him.In protest, he has not paid the fines and believes this to be a state issue rather than a federal one.

In a sane world this issue would have continued to be handled in the courts, perhaps liens would have levied against Bundy, perhaps a compromise could have been made.But no, not with this federal government, who came out in full force against Bundy and all of the people who were backing him.

Why now?This has been going on for some 20 odd years.What was the spark that ignited the Bureau of Land Management to suddenly decide to exert their power and force a showdown?I understand that he lost in court, but he still has rights as an American citizen.Don’t “we the people” have any say so anymore, or does the federal government which basically is, “we the people”, just steamroll over the citizens?I am confused.They work for us, we pay them, we vote them in, yet they come after us with guns and force when we don’t comply to their wishes after they change the rules!They can break the law, change the law without any help from Congress, and make up their own laws on a whim.As a last resort, Executive Orders can be signed if that is the only way to get their way. No wonder the American people are pushing back.They see a lawless government so all bets are off.

As for Vladimir Putin and his aggressive moves in the Crimea and Ukraine; the United States and the rest of the world know who Putin is. They know his intentions and his goals and they have known about them for many years. Everyone seemed to have recognized the problems that were imminent except for Barak Obama and his administration. Sarah Palin spoke to it, as well as Mitt Romney, and they were laughed at and ridiculed.

Putin is defying the world and especially the United States, and doing exactly what he has had plans to do since the fall of the Soviet Union. Day after day the Russians are escalating the tensions and moving forward with their agenda.What do Obama and his administration do? Virtually nothing. A few little sanctions here and there and empty threats that basically say if Putin continues, “we’ll just have to put him in the corner for a time out”.

We are not even helping out the Ukrainian people with any kind of military support.I don’t mean boots on the ground, but we aren’t giving much of anything except lip service. Like I said, there is no pushback against Putin like we saw with rancher Bundy. There is no standoff with him, no rifle in his face, no threat at all.The sad thing is, he knows that will remain the case and he can continue unabated.

I am just an American citizen who is looking at our world and shaking my head.I don’t claim to know the ins and outs of foreign policy and I am not privy to that information, but I can see that anger, threats and intimidation are being thrown at Americans while diplomacy and calm is being used against dictators.I haven’t heard one Democrat or liberal speak out against Putin with the vitriol that Sen. Harry Reid did last week when he called Americans backing Bundy, “domestic terrorists”. I haven’t heard any harsh words against the soldiers invading Ukraine, the reports of persecution of Jews or the intimidation of citizens, but I do hear that “Republicans are holding you hostage”, the Tea Party is “a very dangerous matter”, and “we aren’t negotiating with people with bombs strapped to their chests”. I also don’t see action against our enemies like the kind a Washington DC man faced for having a few antique bullets that weren’t even operable!

This feels like the government is goading us into a fight.Maybe that is what they want, to push and push until the Americans people just don’t take it anymore.Why are they trying so hard to abolish the 2nd amendment?Why this targeting and demonizing of average people who just have different points of view? Maybe the Bundy standoff was a test to see just how far the American people would go and the feds backed off when they realized it could get ugly.Who knows?Call me crazy, but I don’t put anything past them.

Something is very wrong here and the American people are aware of it.I believe that with a lawless government people will begin to take matters into their own hands.This is why elections matter more than ever, but one thing is for sure, we need to return to sanity in this country.