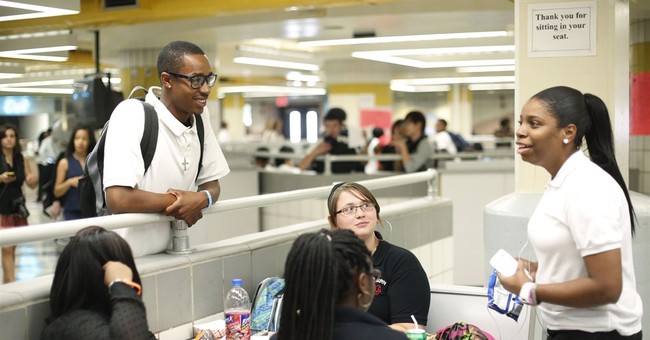 His words say one thing yet his policies say another.  If you aren’t listening closely you might not hear the contradiction in everything Obama says and does.  Not only recently with the erratic and mystifying policy with Syria, but just about every day with his speeches about “income inequality”, “the richest 1% not paying their fair share” and the always reliable, “I’m trying to help the middle class”.

Is he really?  Let’s take a look at what has transpired since Barak Obama has been in office.  Emmanuel Saez, a University of California economist did a study that shows that since the Obama “recovery” started in 2009, the average income of the top 1% (and I am not talking about people in the $250K range), has increased by 11.2% in real terms through 2011.  Whereas the bottom 99% saw their incomes shrink by 0.4%.  121% of the gains have gone to the top 1% under Obama.  Since the left loves to bash President Bush, they should look at the stats for the years under his control.  In 2002-2007, the top 1% only took in 65% in income gains during his expansion.

This economic inequality has gone up every year Obama has been in office and now stands at an all-time high.

Redistribution of wealth is not the answer.  It doesn’t affect the 1% and it never trickles down to the 99%.  When is the left going to get the message?

Obama bashes the rich in his speeches to the American people; he fuels the fire for his class warfare by agitating people and making them believe that they are not getting “their fair share”.  However, behind closed doors, he placates his buddies and makes sweetheart deals with them, probably telling them not to worry; he just has to play the game.  After all, he bailed out big banks, shoveled billions to GM, wrote huge checks to “green energy” companies, and increased the size of federal bureaucracy making bureaucrats richer.  He has made it easier for illegals to come in and work which hurts the working poor, and he has made being a lawyer for wealthy corporations a booming business!  With all of the regulations being imposed on businesses large and small, being an attorney in D.C. seems like a good bet.

If he really was going after the rich, do you think they would party with him in the Hamptons, have mega fundraisers for him in Hollywood or become members of his trusted administration?  Not on your life.

So who suffers in all of this?  Yes, “technically” the poor are getting poorer, but they have a safety net of entitlements that provide them with income pretty close to what they would get if they were working.  Between unemployment, food stamps, disability, and low-income housing, they struggle but have a safety net.

Not so for the middle class American.  For the guy or gal who graduates college and wants to look at starting a business or get a job, the prospects look dismal.  There aren’t many jobs out there for one thing, and if they want to start a business and happen to live in a state like California, they take one look at the hoops they need to jump through and the regulations they will face, and the idea doesn’t seem so appealing.

Even if they do manage to start up, they are hit with endless rules and regulations, taxes, paperwork and other obstacles that make business a nightmare.  If they want to buy a home or refi the one they have, the rules for the middle class are far different than they are for low income or underwater borrowers.

The top 1% (and I don’t mean $250K), doesn’t need to worry as much about these things.  They have loopholes and legions of lawyers, accountants and Washington lobbyists that can cut sweet deals.  If the cost of business cuts in to profits, then cutbacks will be made. That is how business works. If government puts too much of a burden on them, then they will raise prices and pass it on to the middle class who can’t use an EBT card to pay for it.

When Obamacare kicks in, the wealthy will get to keep their healthcare.  So will Congress, staffers, and others who got waivers from Obama. I guarantee the Unions will be next.  The poor will get government subsidies to pay for Obamacare, but what about the rest of us?  What about those of us who don’t have any influence in Washington, don’t have a voice that listens to us in Congress?  We will be the ones who bear the brunt of the skyrocketing costs and premiums.  No sweet deals for us.

This whole scenario will eventually take us to the point where the middle class is completely squeezed out.  If you are fortunate enough to break through and become part of the 1% you will sit with Obama and the other elites.  If not, you will run as fast as you can on the treadmill until finally you just get tired of being taxed and regulated to death and succumb to being just one of the 99%.

Instead of Obama raising people up and giving them the freedom to prosper, he is succeeding in creating a permanent underclass that he and his fellow elitists can control to their hearts desire.  The government will provide them everything they need, even a $15 an hour minimum wage if need be so that they don’t aspire to anything higher.

Obama and the left want complete control.  Fortunately the middle class still has a grasp on some of that control, but day by day it is slipping away.