Could the $70 Million in IRS Bonuses Actually Be “Hush Money”? 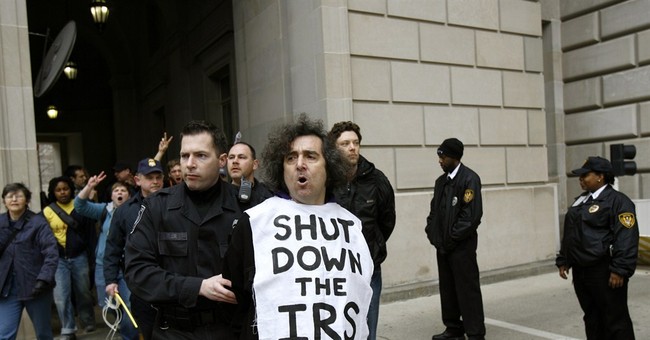 As a follow up to my May 20th article, I have a new theory.  The audacity and arrogance of our current government has reached heights that no one could have predicted.  When the news came down last week that the IRS, while still under Congressional scrutiny was going to receive $70 million dollars in employee bonuses, I thought that I was listening to a late-show comedian telling a good joke.

It was no joke however.  The truth is that yes, as ridiculous as it sounds, the IRS is scheduled to receive $70 million MORE of tax money to pay them for “a job well done”.  Jumping out in front of all of this was Sen. Chuck Grassley (R.-Iowa) who argued that the government cutbacks caused by sequestration were supposed to stop these sorts of bonuses.  In fact, the Office of Management and Budget has told government agencies to hold off on discretionary awards while under sequester.

Daniel Werfel who replaced Stephen Miller, who replaced Douglas Shulman as acting commissioner to the IRS has assured Congress and the American people that “big changes are coming to the IRS.”  As recently as June 3, he seemed to win the confidence of members of the GOP when he put Lois Lerner on administrative leave and he pledged to be forthcoming with Congress.

What a difference two weeks make.  Not only are things not changing, they seem to be getting worse.  First of all, he missed the deadline directed by the White House for a 30 day report of the agency.  The deadline came and went and now it “supposedly” will be ready by the end of June.  Next came the news of the employee bonuses which is causing outrage among members of Congress and the American people.

This begs the question; why would certain IRS employees get more hefty bonuses when they have proven themselves to be nothing but incompetent?

As we peel off the layers of this onion we are beginning to get to the heart of the truth. We have come to find out that it wasn’t just two “rogue” agents in the Cincinnati office that caused all of the targeting of Conservative groups.  The closer we get however, the more walls go up to stop the progress.  First we had the ridiculous testimony from Shulman and Miller, and then we had the outrageous statements and taking the fifth by Lois Lerner.  For her loyalty, she has received bonuses and gone on administrative leave with pay.  Then we hear that Sarah Hall Ingram who was in charge of tax exempt requests got bonuses and has been put in charge of Obamacare.

Evidently certain IRS employees didn’t like being thrown under the bus so they put the blame on their supervisors, who in turn pointed the finger at Washington.  We found out that Shulman had visited the White House over 157 times since 2009, and as recently as this past week, we discovered that his Chief of Staff, Jonathon M. Davis visited over 310 times between the fall of 2009 and February of 2013.  He was Shulman’s political aide, not versed in tax issues.  I guarantee you he wasn’t discussing taxes.

The polls began shifting with many Americans now believing that the White House was involved in the targeting of Conservative groups. Last week the walls were beginning to close in.

Then it was revealed that Werfel had okayed the $70 million in bonuses.  Interesting timing don’t you think? Could the fact that upset agents who were only doing what they were told to do started spilling to Congress the names of higher ups?  Did a call go out to the Union that perhaps a bit of a bonus for “a job well done” would cause them to be less forthcoming?

Actually they did do their jobs well.  The Conservative groups were delayed and harassed until the election was over, so these IRS employees deserve a prize.  Are any other government agencies getting hefty bonuses?  I doubt it.

I know this sounds conspiratorial, but with the outright lies and deception about Benghazi, Fast and Furious, the targeting of James Rosen and the AP and the NSA spying scandal, one can’t help but wonder to what lengths this administration will go to in order to hold on to its power and continue its path toward the fundamental transformation of America.