Mona Charen
|
Posted: May 10, 2019 12:01 AM
Share   Tweet
The opinions expressed by columnists are their own and do not necessarily represent the views of Townhall.com. 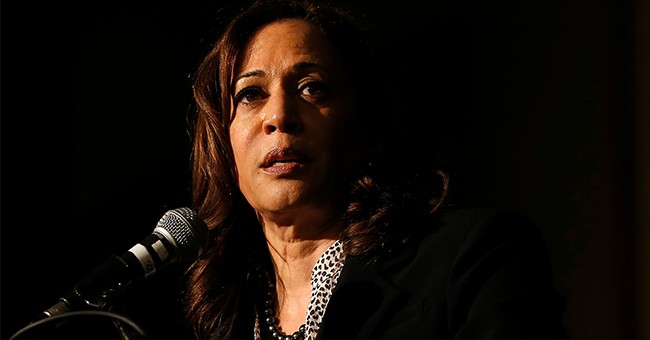 Many Democratic voters are worried that a female candidate cannot win the presidency in 2020. "I don't think they're strong enough to carry it for themselves," an Iowa voter told The Washington Post. Amber Phillips reports that "female politicians are held by voters to a much higher standard than men," and points to polls showing that today's support for Elizabeth Warren (12 percent) and Kamala Harris (8 percent) drops to low single digits when voters are asked who is likely to defeat President Donald Trump.

Without denying that some people may harbor misogynistic feelings, and that many Democrats may indeed fear, as Phillips reported, that while they personally would happily vote for a woman for president, their neighbors might not, this doesn't prove that women are held to a higher standard. The evidence is mixed. It's never possible to know with certainty what motivates voters. Could Mitt Romney's religion have decided the 2012 race? It's possible.

Is there an anti-woman bias? Election analyst Karlyn Bowman has found that women are just as likely to be successful in political races as men. And most voters are past the identity politics phase of wanting to vote for a candidate (or oppose one) due to sex.

At the level of presidential politics, the data set is a bit skimpy -- one election. Many Democrats seem to believe that Hillary Clinton's 2016 loss can be chalked up to sex, or, in the words of New York Times op-ed writer Farhad Manjoo, the perception that "American society is wracked at every level by a pervasive and enduring misogyny."

Or perhaps Clinton became unpopular for reasons all her own. It isn't as if she was always unpopular. Twice in her career, Clinton was regarded favorably by a whopping 66 percent of Americans -- in December 1998, when the Monica Lewinsky scandal made her the most prominent wronged wife on the planet, and in November 2009, while she served as secretary of state. Even in the midst of the Benghazi hearings in December 2012, her approval still held steady at 65 percent.

In 2015, Clinton's approval dipped sharply, down to 49 percent. This drop tracked among all voters, including Democrats, whose support declined from 86 percent to 77 percent. What happened? Clinton didn't change her sex. She ran into the private email server scandal, and it damaged her not just because of the underlying offense, but also due to her persistent deceit, and the fact that this revived concerns about her dishonesty and "rules don't apply to me" image from earlier in her career.

The share of voters who are women has been increasing steadily since 1980. The Center for American Women in Politics at Rutgers shows that in 2016, 63.3 percent of eligible women voted compared with only 59.3 percent of eligible men. It's possible that women harbor self-hating feelings toward female candidates, but that seems unlikely. The data does show clearly that women, especially the unmarried ones, tend to prefer more liberal candidates without regard to sex. And there is one study showing that when Democratic women run against Republican men, some Republican female voters defect to the woman.

What about male voters? Are they the ones who hold retrograde views, thinking female candidates are too emotional or weak to do the job? There may be some of that, but think of Republican voters in 2008. They were lukewarm toward John McCain, the last man standing at the end of the primaries, but they were over the moon for Sarah Palin. A September 2008 CNN poll found that 62 percent of men approved of Palin compared with only 53 percent of women. Asked whether Palin was qualified to be president, 57 percent of male respondents said yes, 14 points higher than among women. In fact, 55 percent of women thought she wasn't qualified.

You can mine the data in the belief that voters are not "ready" for a woman president. But the truth is probably closer to this: The right woman candidate hasn't run yet. Qualifications aside (it's so pre-2016 to fret about qualifications!), if Oprah Winfrey or Michelle Obama jumped into the race, they'd rocket to the top. Great Britain, Israel, Germany and India, for heaven's sake, have elected female leaders. Is the U.S. more misogynist than those countries?

Not everything reduces to bias. May the best person win.