On Being Too Nice in Politics

Mona Charen
|
Posted: Jan 04, 2019 12:01 AM
Share   Tweet
The opinions expressed by columnists are their own and do not necessarily represent the views of Townhall.com. 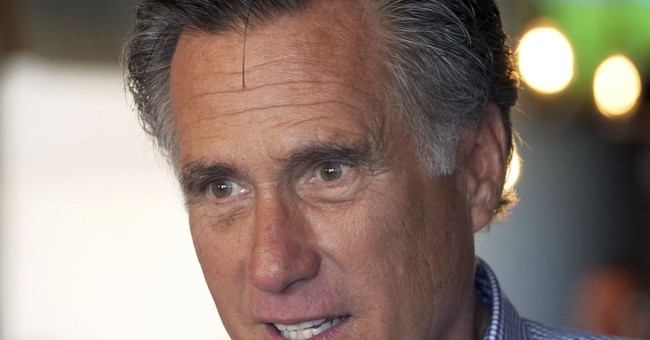 Mitt Romney's declaration of independence from Donald Trump as he takes his seat in the U.S. Senate has been illuminating -- more for the responses than the op-ed itself. Professional speculators are asking whether it's the opening gambit of a 2020 primary challenge (his denials notwithstanding) or mere virtue signaling.

The unappeasable left has drummed its fingers on the table, demanding to know whether Romney will oppose absolutely everything Trump does. If you are truly appalled at Trump, they insist, you must obstruct every judge, deregulation and foreign policy move. Anything less taints you as insincere or useless. If Romney doesn't vote like a liberal Democrat, he could pace up and down Pennsylvania Avenue with an "Impeach Trump" sandwich board and still be dismissed as a wuss.

The right, by contrast, has adopted a world-weary tone. "Oh, he's unethical. Tell us something we (SET ITAL) didn't (END ITAL) know." They dismiss moral objections as overly fastidious. Thus, David Limbaugh: "This type of self-congratulating moral preening from Romney will have the precise opposite effect Romney intends as it will further entrench Trump supporters, who are just really sick of being demonized. Yes, these types of unsolicited attacks on Trump are shots at his supporters."

Is there such a thing as a solicited attack? Anyway, you see how this works. Those who stick to standards are "preening," and worse, they are insulting voters. But that's a fallacy. There are plenty of Trump supporters who don't excuse everything Trump does. They are fully capable of saying, "Yeah, can't deny that Trump is a jerk and a liar, but I do like some of his policies." They are not guilty of Trump's sins, and Trump shouldn't try to evade responsibility by hiding behind their skirts.

Ben Shapiro assumes that Romney must be considering a primary challenge. It would fail, he contends, because "Republican voters have ... learned the lesson that character doesn't matter -- ironically enough, from 2012 Mitt Romney, whose sterling character plus five bucks bought him a cup of coffee in that election cycle."

It's not clear whether Shapiro is endorsing this interpretation or just reporting it, but it is common on the right -- and also on the left. People have a weakness for believing that their own side is being hammered by the unscrupulous tactics of their opponents. Republicans believe that Democrats demonize them as racists, commit voter fraud and change the rules to suit their own purposes. Some of this is true (see my second book, "Do-Gooders," for many examples of the first offense), and see Harry Reid's filibuster rule change for an example of the third. Democrats believe that Republicans suppress minority votes, bend the rules for their own purposes and rely on scare tactics. Some of that is true is as well. Ask Merrick Garland.

It's always possible to rationalize your own departure from ethics by claiming self-defense. You'll never lack for examples of the other side's perfidy, but that doesn't justify it. If it did, we'd never be able to have decency at all.

Nor is it settled that Mitt Romney was defeated because he was too much of a gentleman. I'd wager that many of those who voted for Barack Obama in 2012 were thinking, "A candidate who says that 47 percent of the nation are indolent 'takers' is not my kind of guy." Besides, he was running against an incumbent president whose approval ratings were above 50 percent in the final weeks of the race. And despite all of that, he still managed to get a bigger share of the popular vote (47.2) than Donald Trump achieved in 2016 (46.1). And don't forget, Trump's opponent was under FBI investigation -- an inquiry that was reopened a week before the vote.

The fable that John McCain was felled by excessive delicacy in 2008 is also absurd. A two-term Republican president had just presided over a (perceived) failed war and the worst economic crisis in decades. It would have been a steep uphill struggle for any Republican even without the collective swoon for the charismatic first black major party candidate.

Whatever Romney's motive may have been in penning the critical op-ed, it's clear that what he wrote is the truth, which is worth a lot these days.

One of the chief grievances Republicans nurse is that they are portrayed as "bad people" for holding the views they do. Someone who believes in color-blind admissions is not a racist. A skeptic of government regulation is not a polluter. A believer in American world leadership is not a warmonger. But if you slip into defending Donald Trump's character, as opposed to some of his actions, you risk living down to the caricature.