Why Are We So Sad?

Mona Charen
|
Posted: Nov 30, 2018 12:01 AM
Share   Tweet
The opinions expressed by columnists are their own and do not necessarily represent the views of Townhall.com. 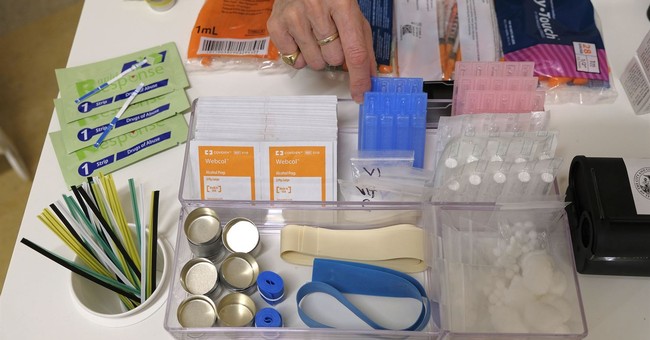 The Centers for Disease Control has delivered sober news -- average life expectancy at birth in the United States has declined for a third straight year due to extremely high rates of death from drug overdoses and suicide. As The Washington Post reports, this is the longest sustained decline in life expectancy since the early 20th century. Between 1915 and 1918, a period that included the First World War and the worldwide flu pandemic that killed 675,000 Americans, life expectancy showed a similar decline.

Today, we are at peace (with the exception of the occasional death in Afghanistan); we are experiencing an economic boom; and we face no epidemics of communicable diseases.

Some might say that our problems are those of overabundance. For millennia, our species was haunted by plagues, famines and droughts. Our minds and bodies evolved to grab what nourishment we could when we could. Those years in the caves and on the savannah didn't equip us very well to cope with a world of constantly available Frappuccinos and cupcakes -- to say nothing of fentanyl.

But overabundance has been with us for decades, while the rise of deaths from overdoses and suicide is relatively recent. Nor are other developed nations seeing similar declines in life expectancy. In 2017, 70,237 Americans died from drug overdoses, which is higher than the peak of the HIV epidemic in 1995 or car crash deaths in 1972.

As economists Angus Deaton and Anne Case of Princeton have been documenting for the past several years, the plagues we are suffering now are leading to "deaths of despair." These include cirrhosis of the liver, suicide and drug overdoses. In 2015, the pair noted the decline of life expectancy among white middle-aged Americans from these causes (outstripping other ethnic groups). And in a follow-up paper in 2017, they found that the trend was persistent. In addition to overdoses, this population was also more likely to report chronic pain, which is associated with depression and can be a marker for suicide. Case and Deaton cited family breakdown as one cause of the trend.

Suicide has been rising dramatically since 1999 -- and particularly since 2006. Rates in rural areas far exceed those in cities (perhaps due to the greater availability of guns).

There is some evidence that the fentanyl spike is ebbing -- as the crack cocaine craze did in the 1990s. Preliminary data from the first four months of 2018 show the number of drug overdoses plateauing or dropping slightly. An anti-overdose drug called naloxone may be making a difference.

But the overall picture of significant unhappiness in America is clear. Rates of depression have been rising for decades, with marked increases since 2005.

What is making so many Americans turn to alcohol and drugs and still others to take their own lives? Explanations will run the gamut. Usually, people will cite their own particular hobbyhorse, and I may be guilty of that. My obsession is family decline. Due to unmarriage and divorce, more Americans are living alone than at any time in our history. Let me quickly acknowledge that the steep rise in adolescent depression in recent years may have more to do with social media than anything else. Jean Twenge's work suggests that girls are particularly vulnerable to online cruelty.

But back to family decline. Not only do divorce and rapidly cycling relationships (and living arrangements) leave adults and especially children emotionally scarred, the loss of secure families also leaves millions of people lonely. In 2010, an AARP survey found that one-third of American adults were chronically lonely. In 2000, only 1 in 5 had reported feeling that way. The Atlantic magazine has described loneliness as "more dangerous than obesity, and ... about as deadly as smoking." In his book "Them," Sen. Ben Sasse quotes psychiatrists who believe people are more comfortable describing themselves as depressed than lonely. They noticed that their patients felt "deep shame" about their own isolation.

There ought not to be shame about missing the company of others. We are not meant to be alone, and we don't find emotional succor or physical satisfaction in relationships with screens. The Washington Post suggests that the solution may be found in more funding for mental health services and drug treatment. Maybe. But it seems to me that we facing not so much a drug problem as a heartbreak problem. The road back to emotional health must include an emphasis on commitment to family.