Mona Charen
|
Posted: Nov 02, 2018 1:38 PM
Share   Tweet
The opinions expressed by columnists are their own and do not necessarily represent the views of Townhall.com. 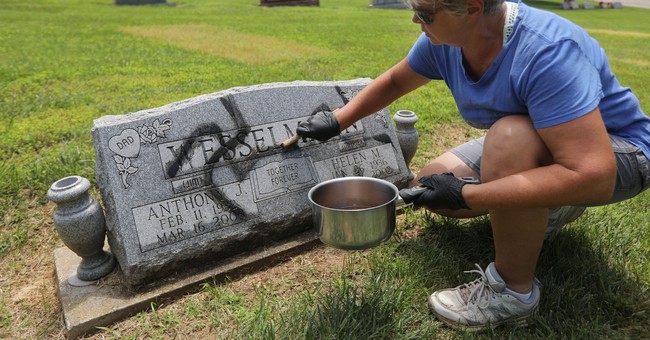 In the days following the murder rampage at the Tree of Life synagogue, I received several expressions of grief from friends who are committed Christians.

One included in her note a verse from John Donne:

"No man is an island entire of itself ...

any man's death diminishes me,

because I am involved in mankind.

And therefore never send to know for whom

the bell tolls; it tolls for thee."

This largeness of spirit is what I have come to know and love in America. The incubus of anti-Semitism, so ineradicable and durable elsewhere in the world, has been gloriously and nearly miraculously minimized in the United States. Of course there were episodes. Leo Frank, a young factory manager, was lynched in Georgia in 1915. Henry Ford published "The Protocols of the Elders of Zion." Following Kristallnacht in 1938, radio preacher Father Coughlin told his large audience that the Jews had brought it on themselves: "Jewish persecution only followed after Christians first were persecuted." The Ivy League and other institutions maintained Jewish quotas, and country clubs and sometimes whole neighborhoods were "restricted."

But on the whole, and particularly since World War II, America has been a paradise for Jews. I've personally encountered more philo-Semitism than anti-Semitism. Is that idyll coming to an end?

During the 2016 presidential campaign, I was among the Jewish journalists who were rocked by a flood of anti-Semitic messages delivered primarily (though not exclusively) through Twitter. The first time I saw a cartoon of myself wearing a yellow Star of David patch and being ushered into an oven, I was almost physically sick. When such messages proliferated, I was forced to ask myself whether this sudden upsurge of naked Jew-hatred was something that had just crawled out from under rocks, or whether it had been there all along and I'd just been unaware of it. I quickly recovered from the shock, and became more convinced as time passed that these were not genuine expressions from actual individuals, but fakes or bots generated by Russian trolls or other menaces. That they abruptly ceased after the election appeared to confirm this suspicion. Perhaps the Mueller investigation will shed more light on this.

An Anti-Defamation League report about anti-Semitic incidents in the past year has received a lot of attention. It suggested that anti-Semitic violence, threats, vandalism and other harassment has increased by 57 percent in one year. Others have questioned these data (noting, for example, that it included dozens of bomb threats to Jewish community centers that turned out to have been committed by a mentally unstable American-Israeli). What no one denies is that Jews still top the list of targets for religious hate crimes (54.4 percent), far outstripping Muslims (24.5 percent), Catholics (3.1 percent) and Mormons (0.5 percent).

And yet this country remains extraordinary in its attitudes. A counterbalance to the ADL report is a 2017 Pew survey. Asked about various religious groups on a feelings thermometer, Americans reported the warmest sentiments toward Jews.

Catholics were second, followed by mainline Protestants. Evangelical Protestants were fourth. I know, I was surprised, too. These data are consistent with findings from 2014, except that feelings toward all religious groups have grown warmer.

The Pittsburgh attack was the deadliest crime against American Jews in history. We no longer have the capacity in America to pull together and grieve. There have been too many mass shootings, and polarization has supplanted solidarity in too many hearts. Even among Jews, there is little common ground. Some are quick to blame President Donald Trump for the demagogic tone he has brought to the presidency. Others respond that Trump is a great friend of Israel, has Jewish grandchildren and has condemned the attack.

The whataboutism is dizzying and dangerous. Liberals tolerate Linda Sarsour and booed the mention of Jerusalem at the Democratic convention in 2012. They close their eyes to intimidation of Jewish and pro-Israel students on American campuses. And conservatives bristle at the suggestion that Trump's inflammatory language and sinister conspiracy-mongering could have anything to do with the actions of Cesar Sayoc or Robert Bowers.

The truth is that anti-Semitism is a sickness of both left and right, and fair-minded people must be especially alert to it among their own. Frank Field recently resigned from Britain's Labour Party over the anti-Semitism of its leader. All honor to him. William F. Buckley set a standard when he excommunicated anti-Semites and John Birchers from the conservative movement. Today, Trump winks in their direction, and too many on the right forget their principles and salute smartly.