Mona Charen
|
Posted: Sep 21, 2017 12:01 AM
Share   Tweet
The opinions expressed by columnists are their own and do not necessarily represent the views of Townhall.com. 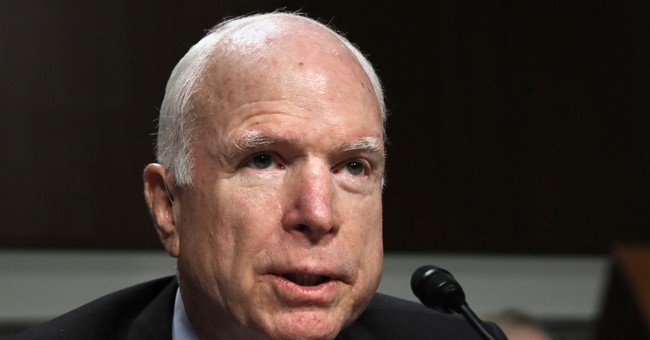 For many years, conservatives were ideological zealots. Like Spanish inquisitors, they were on guard for the slightest indications of heresy. Talk radio gurus in particular were punctilious keepers of the flame. If a Republican figure was thought to be "squishy" on any matter -- guns, spending, immigration, or anything else -- he or she was reviled. Jim DeMint, the former South Carolina senator who headed the Heritage Foundation for a time, said in 2009 that he'd rather have 30 conservative purists in the Senate than 60 Republicans of varying hues.

Now the Republican Party is led by a man who donated to Democrats, promised never to reform entitlements, insisted more than once that we should "take the oil" from the Middle East and spewed more apostasy in five minutes than most Republicans could manage in a lifetime. Accordingly, we are told that personality is more important than substance.

I still care a great deal about substance, but character more. Before too long, many Americans may conclude that we need dull competence in public life and particularly in government. The spirit of President Calvin Coolidge would be salutary. He was laconic even by the standards of the early 20th century, but when he spoke or wrote, it was after thinking. He observed about politicians:

He was wry. "What I have ever been able to do has been the result of first learning how to do it. I am not gifted with intuition. I need not only hard work but experience to be ready to solve problems." Quaint, right?

On the subject of character, this seems a good time to praise John McCain. McCain is one of those Republican Party squishes whose lily liver -- or something - supposedly drove heaps of disgusted voters to choose a reality TV star. Being human, McCain isn't perfect. Being a politician, he has compromised and trimmed many times. But his courage and dignity are magnificent things to behold.

I have no idea how McCain will vote on the latest Obamacare modification bill. But when it comes to human rights, the Arizona senator has always been stalwart. When Bill Browder knocked on his door looking for justice for the murdered Sergei Magnitsky, McCain didn't hesitate. He became one of the first sponsors of the Magnitsky Act. When Secretary of State Rex Tillerson intimated that human rights were all very well, but henceforth America's foreign policy would be based on hardheaded self-interest and realism, McCain fired off a passionate defense of human rights, denying that they are in conflict with our interests.

"I consider myself a realist. ... What I've learned is that it is foolish to view realism and idealism as incompatible. ... In the real world, as lived and experienced by real people, the demand for human rights and dignity, the longing for liberty and justice and opportunity, the hatred of oppression and corruption and cruelty is reality. By denying this experience, we deny the aspirations of billions of people, and invite their enduring resentment.

McCain, who has already survived melanoma, is now undergoing treatment for an aggressive brain tumor. Within days of receiving the devastating diagnosis, he was thanking well-wishers and quipping, "Even those that want me to die don't want me to die right away, so that's good." Who is that droll in the face of such news?

In an interview with CNN's Jake Tapper, McCain demonstrated that same spirit -- a blend of grace and impishness all his own. There were two ways of dealing with challenges like this, he reflected, and one was "to celebrate" (he didn't say what the other was). "I am able to celebrate a wonderful life, and I will be grateful for whatever additional time I have." He quoted a playwright who said he knew that no one was immortal but always hoped there would be one exception. He was optimistic about his treatment so far, pausing to praise the doctors, nurses and others who had, he winked, "inflicted so much pain on me," but acknowledged that he was facing a "vicious form of cancer." He would do everything possible to fight it, but "every life has to end one way or another." How did he wish to be remembered? "He served his country."

Did he ever. He flew combat missions, endured years of torture and refused early release that would have placed him ahead of others captured before him, spoke up for prisoners, refugees, freedom fighters, the American military and American values. He does us proud to this day. This is American greatness.