Mona Charen
|
Posted: Jun 23, 2017 12:01 AM
Share   Tweet
The opinions expressed by columnists are their own and do not necessarily represent the views of Townhall.com. 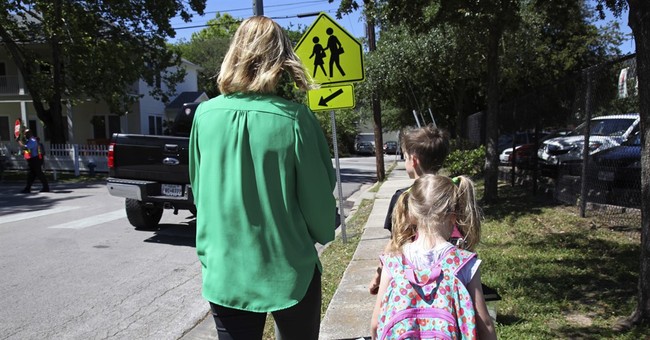 Michigan is set to become the 26TH American state to join the federal government in criminalizing female genital mutilation, even as two Detroit area doctors and one of their wives await trial for inflicting the procedure on a number of young girls. FGM, which is common in some parts of Africa and the Middle East, involves using a razor to remove all or part of a girl's clitoris and parts of the vulva.

By Western standards, this amounts to child abuse and criminal assault. FGM defenders claim that the practice makes girls feel "clean;" that it helps them to fit into their subculture; and that it promotes good marriages.

We're not swayed by such rationalizations -- but can we see past our own cultural blind spots?

Our clinics are performing their own mutilations on perfectly healthy people -- delaying puberty in boys and girls with "gender dysphoria."

While adults are free to make their own decisions about their bodies, and there may well be some percentage of the population who are happier to live as a simulacrum of the opposite sex, the rapid adoption of puberty-blocking hormone treatments for children -- with a view to facilitating sex reassignment surgeries at age 18 or above -- is nearly as disturbing as FGM. Children, after all, are not capable of making irrevocable decisions about their own welfare, and, as Drs. Paul Hruz, Lawrence Mayer and Paul McHugh object in the spring edition of The New Atlantis ("Growing Pains"), the use of puberty-blocking hormone treatments is "drastic" and highly experimental.

These drugs have been in use only since 1993 for rare cases of "precocious puberty" (before age 8 in girls and 9 in boys). The use of such drugs to delay puberty until a normal age, Hruz, Mayer and McHugh argue, is justified because doctors understand what causes "precocious puberty." They do not have a comparable grasp on the causes of gender dysphoria, and for that reason among others, the resort to puberty-blocking hormones is not good medicine.

The physical effects include retarding growth (which may or may not be reversed by later cross-hormone treatment), reduced bone density, possible increased susceptibility to cancer, obesity in natal males and, if followed up by sex reassignment surgery, permanent infertility. In addition, all transsexuals are consigned to a lifelong regimen of cross-sex hormones, the effects of which have not been well studied. If such drugs were proposed to treat anything other than a sexual complaint in children, the medical community would be in an uproar.

Children must rely on parents and other adults to see them through developmental stages and safeguard their welfare. Parents, in turn, rely on experts to advise them about childhood problems, and that's where our current rage for transgender identities becomes disturbing and unhinged. Whereas the normal protocols for medical interventions include careful testing, clinical trials, and follow-up studies, the medical establishment is heedlessly plunging into "affirmative treatment" for gender dysphoria. Rather than helping the child to align his or her identity with his or her biological sex, the model encourages affirmation of the child's delusion. Puberty suppression is presented as a completely reversible pause in development -- an opportunity for the child to "explore" his identity unconfused by the hormonal changes of puberty.

The psychological effects of puberty suppression are probably even more profound than the physical. A child who has spent years acting and being treated as the opposite sex, especially by parents, cannot be said to be a blank slate ready to "reverse" the effects of puberty-blocking drugs later if the child so wishes. His or her self-concept will already have been markedly affected. Further, as Hruz, Mayer and McHugh note, there are no large-scale studies that have tracked patients who withdrew from treatment and then progressed through normal puberty. Nor is it clear that delaying puberty helps a child through the psychological terrain of evolving identity. Normal sexual development very likely helps that process in most cases. Doctors are prescribing powerful drugs to interfere with something -- puberty -- that is not a disease.

We are living in the midst of a rage for sexual mutability, and rising numbers of children are reporting cross-sex identification. But is this a cultural fad we're unconsciously imposing on them? Before resorting to dire and irreversible "treatments" on otherwise healthy children, we ought to remove our own cultural blinders.