Goodbye to One Selfie President, Hello to Another?

Mona Charen
|
Posted: Jan 13, 2017 12:01 AM
Share   Tweet
The opinions expressed by columnists are their own and do not necessarily represent the views of Townhall.com. 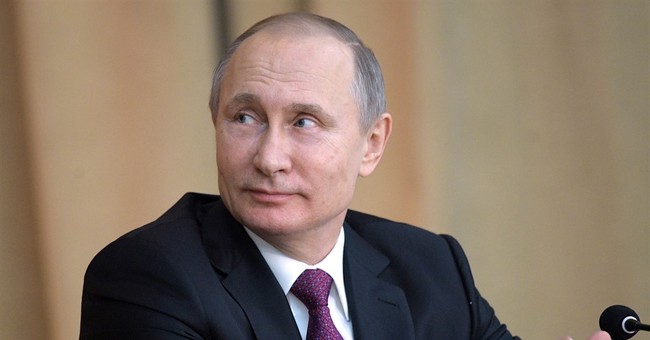 Trending
On Feb. 12, 2015, President Obama made a selfie-stick video for BuzzFeed. You may remember it -- or perhaps not -- because if there's one thing Barack Obama delivered during his eight years in office, it was plenty of celebration of himself. The country was treated to Obama slow-jamming the news with Jimmy Fallon, sharing his Final Four brackets, fantasizing about what superhero powers he'd most like to have, and on and on. His fascination with himself was inexhaustible. Except the selfie day was different -- because it was just hours after the president learned that another one of ISIS' American hostages had been killed.

President Obama had been criticized (even by The New York Times) for enjoying himself on the golf course after ISIS beheaded American James Foley in 2014 (he was photographed with that broad grin). And yet, his coldness persisted.

Kayla Mueller was a 25-year-old idealist from Arizona. A committed Christian, she felt drawn to aid to those most in need. In 2013, among the most desperate people on earth were the people of Aleppo, Syria. Mueller traveled there from Turkey to volunteer for Doctors Without Borders. She was kidnapped by ISIS outside a hospital. What followed was the worst nightmare imaginable. For 18 months, she was held in confinement, often solitary. We've learned, from the accounts of other hostages who were subsequently released, that she was incredibly brave. When one of her captors told others that she had converted to Islam, she contradicted him. ISIS terrorists denied her sleep and medical care. They shaved her head, repeatedly raped her and pulled out her fingernails.

Her frantic parents attempted everything they could to secure her release, only to be threatened by the Obama administration with criminal liability for aiding terrorists if they paid ransom. (There was an attempted military rescue, but it failed.)

There is a good argument for not negotiating with terrorists, obviously. But the Obama administration was inconsistent. The principle seems to have escaped them when they exchanged five terrorists held at Guantanamo for deserter Bowe Bergdahl (to say nothing of the Iran deal). But even granting that not paying ransom for kidnapped Americans is the right policy, it doesn't explain the weird emotional detachment Obama consistently displayed.

On Feb. 10, 2015, the Muellers learned that Kayla had been killed -- and that was the week that Obama clowned around at the White House for BuzzFeed's amusement. To jaunty music, the president filmed himself practicing speeches, sticking his tongue out in the mirror, dunking cookies in milk, and snapping selfies. It was all about him.

Why mention this now, when he's got one foot out the door? Well, his elevation to the presidency, and the fact that his narcissism received relatively little mockery (on the contrary, many in the press were its enablers), seems to be the malady of our time.

Obama's extreme self-regard proved to be a severe weakness. If he had shown just a little less arrogance, he might have welcomed some Republican cooperation on health care reform, for example, which would in turn have cemented the health care law as a bipartisan initiative. In that case, it would not now be on the chopping block.

Donald Trump is Obama's rival in the narcissism sweepstakes. Many of Trump's early decisions -- most of his appointments -- have been reassuring. But that ol' devil of vanity keeps tripping him up. He might want to consider how badly the trait served his predecessor.

Regarding Vladimir Putin, Trump's nearly unyielding praise for the strongman may arise from his misinterpretation of an anodyne remark Putin offered in 2015. He called Trump "colorful" and "talented." Trump passed this through the translator in his head and converted it to "Putin called me a genius."

He didn't. But so what? Even if Putin had called him a genius, Putin remains Putin, i.e., a ruthless, bitterly anti-American international menace and killer. Is whether one praises Trump the only yardstick of people's worth? If Putin criticizes him tomorrow, will Trump suddenly decide that Putin is a loser whose nation is failing? Is that really the level at which Trump wants to operate now?

This is deadly serious business. The realm of reality-show one-upmanship has no place in international affairs. In some ways, particularly his choices for heading the Departments of Education and Defense, and perhaps most of all in reaching out to Gov. Nikki Haley (who opposed him), Trump has shown signs of shedding some of his old skin for his new status. The example of Barack Obama, who arrived in office on a cloud of goodwill and squandered it due in part to delusions of grandeur, should be cautionary.