Mona Charen
|
Posted: Dec 23, 2016 12:01 AM
Share   Tweet
The opinions expressed by columnists are their own and do not necessarily represent the views of Townhall.com. 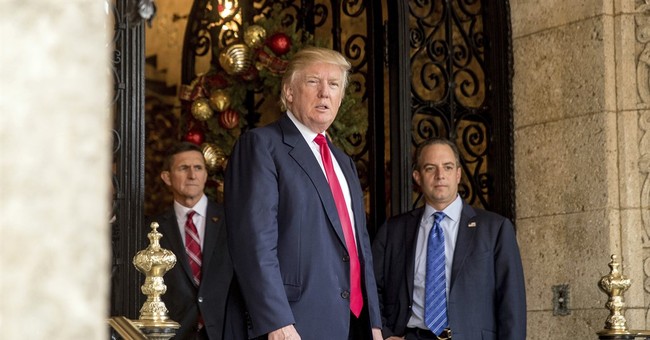 On Dec. 19, radio host Charlie Sykes completed his last broadcast for WTMJ in Milwaukee, Wisconsin. His last hours on the air were adorned with encomia from some of the leading figures his show had helped to incubate: Reince Preibus, Scott Walker, Ron Johnson and Paul Ryan, among many others. For three and a half hours every day for 23 years, Wisconsinites got the Charlie Sykes catechism: free markets, rule of law, school reform, free speech (and anti-political-correctness) and strong families. The policy meal was substantial and nourishing, but that didn't mean the taste was bland. Sykes delivered information with just the right soupcon of humor and entertainment, and, of course, a hearty serving of Green Bay Packers hits.

Along with five other conservative talk radio hosts, and with the help of the Bradley Foundation (whose headquarters are in Milwaukee), Sykes helped to create a climate of opinion in Wisconsin that led to actual policy results. With the steady, smart, daily spadework of persuasion, Sykes opened his microphones to conservative reformers in politics, education and the courts. Long before the "blue wall" crumbled in the 2016 electoral map, Charlie Sykes had been scaling the ramparts of Wisconsin's entrenched liberal fortresses.

It wasn't all smooth sailing. Sykes regrets the boost he gave to Sheriff David Clarke, calling him his "Frankenstein monster." And there were election setbacks. "After 2008," he recalled, "I told people that conservatives were going to be invisible for a while. But, with time, our ideas would be back." It didn't take long. In 2010, Republican Scott Walker won the governorship, and improbably enough, egghead Ron Johnson (heavily promoted by the Charlie Sykes radio show) defeated Russ Feingold for the U.S. Senate. Paul Ryan was a frequent guest on Sykes' air as well as on a Sunday TV show Sykes hosted. Ryan honed his message on the Charlie Sykes show.

When many conservative talk radio hosts were finding that denouncing Republicans got more purchase than conservative reform ideas, Sykes stuck with substance. He beat the drum for Act 10 in Wisconsin, which limited collective bargaining by public employee unions and got state budget outlays under better control. A donnybrook followed. The 14 Democratic members of the state senate actually fled the state to Illinois to prevent the senate from voting, and the state capital was the scene of sit-ins and drum circles. Sykes provided pungent and lively analysis. He was there, manning the microphone, during Gov. Scott Walker's recall fight in 2012 as well, and drew attention to the abuse of power during the John Doe investigations -- two other crucial victories for the right.

On a recent show, one of his last, Sykes reported to listeners about attending a Bernie Sanders speech. Ticking off Sanders' juvenile proposals and incomplete understanding of basic economics, Sykes described Sanders' call for a minimum-wage increase to $15 per hour for maids who clean toilets in hotels and fast food workers. "Why," Sykes demanded, "is that not a good idea? What word did you not hear in Sanders' reasoning?"

Callers were prompt with suggestions. One woman offered "unemployment." Another suggested "productivity" (as in, you cannot force employers to pay workers more than their productive capacity allows without damaging the businesses beyond repair). Sykes submitted that "automation" was the word he had in mind vis-a-vis fast-food workers. The unintended consequence of increasing the minimum wage would be to encourage fast-food restaurants to switch to iPad ordering.

In April, Sykes made national news when Donald Trump, clearly unaware that Sykes was a stalwart anti-Trumper, appeared for an interview. It's impossible to say to what degree the Wisconsin talk-radio ecosystem affected the presidential primary, but the state turned out to be the last hurrah for the anti-Trump forces. Wisconsin Republicans were not Ted Cruz fans, but they rallied to him in large numbers to stop Trump. "I hoped it would be a firewall," Sykes reflects now, "but it turned out to be a speed bump."

Trump's victory and the changes in the audience he felt during the campaign left Sykes feeling "excommunicated" from the church of Republicanism (though he had decided before the election to give up his daily show). He's writing a book and thinking through what happened. "I figured conservatives would be in the wilderness for a while after the election," he notes. "I didn't realize it would be on a small, desert island."

We shall see. The Trump presidency may be the train wreck for conservative principles that many feared, or it may veer in a genuinely conservative/reformist direction. If the latter, it will be steered by the Wisconsin standouts -- Priebus, Ryan, Walker and Johnson -- that Charlie Sykes helped to launch.