Mona Charen
|
Posted: Sep 02, 2016 12:01 AM
Share   Tweet
The opinions expressed by columnists are their own and do not necessarily represent the views of Townhall.com. 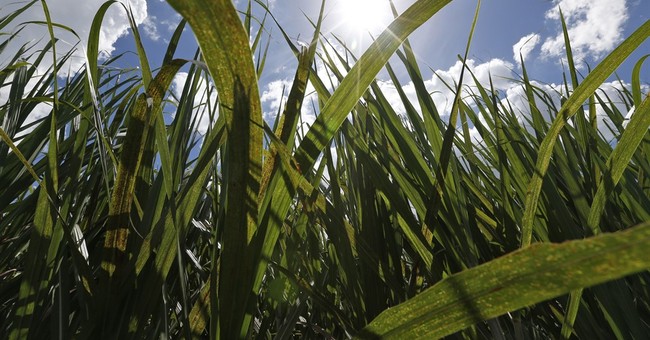 Trending
In "Fiddler on the Roof," the milkman Tevye imagines what life could be like in "If I Were a Rich Man." Among the shrewder lyrics is the insight that "the most important men in town will come to fawn on me" and pose questions that would "cross a rabbi's eyes." Why? Because "when you're rich, they think you really know."

One cannot guess how much credibility Donald Trump gains through his reputation for business acumen, but it's safe to say, quite a lot. He trades, both in entertainment and in politics (if there's still a distinction), on his reputation as a tycoon, which may be one reason for his refusal (despite pledges) to release his tax returns. Trump's "brand" is everything. When Tim O'Brien authored a book questioning Trump's net worth, Trump sued him and, after lengthy litigation, lost.

Americans have always revered successful businessmen, but you might suppose that after the Ross Perot experience, they'd have acquired a bit of skepticism about the sort of wealthy men who elect to parachute into presidential races.

On paper, Perot was far more suited to the Oval Office than the reality TV star who currently bestrides the Republican Party. Perot was raised in modest circumstances, served honorably in the U.S. Navy, married his college sweetheart, started his own business (Electronic Data Services), received a medal for Distinguished Public Service for his efforts to secure the release of U.S. prisoners of war in Vietnam, and personally organized and sponsored the rescue of two EDS employees who were held hostage in Iran. He sold his business to GM for $2.5 billion, so he was a bona fide billionaire.

He had a straight-talking style. Neither Democrat nor Republican, he disparaged the intelligence of all elites and leaders. His favorite putdown, delivered with a West Texas drawl, was: "Not too smart." He would get "under the hood" and fix the country, he vowed. The wag who quipped "He's a self-made man who worships his creator" could have had Perot in mind.

That's not to say that Perot lacked public spirit. He was concerned about illegal immigration. He worried about our national debt and deficits. The nation probably owes some of the seriousness about budget balancing that characterized the 1990s to him. He favored easels and white boards for making his points -- assuming that the public was interested in the details of policy.

But there was another side to Perot which came into focus as his campaign unfolded. He was no economic genius. People presumed that because he was rich, he "really knew." But his chief bugaboo, after deficits, was NAFTA. He famously predicted that if the free trade deal were signed, there would be a "giant sucking sound" of jobs leaving the U.S. for Mexico. It was signed, and in the years following its enactment the U.S. enjoyed an economic boom, creating roughly 2 million jobs a year for six years starting in 1994. (Some jobs were lost, but on net the economy thrived.) Canada and Mexico benefitted as well, with Mexico's economy expanding enough to diminish the tide of illegal migrants seeking to cross the U.S. border. Mexico now purchases more U.S. goods than Brazil, Russia, India and China combined.

It's odd that people who've done well in business should imagine that commerce is unhealthy. This paranoia -- a pull-up-the-drawbridge approach to the world -- is the red thread that links the Perot and Trump worldviews and campaigns.

Perot's populist appeals were eventually upstaged by his erratic behavior (he dropped out of the race and then jumped back in) and peculiar obsessions. Like Trump, Perot was a devotee of conspiracy theories. He believed that the U.S. Defense Department was running a vast guns and drug smuggling enterprise throughout Latin America and Southeast Asia. He was sure that Vietnam had sent a gang of Black Panthers to kill him and his family, and that Texas drug smugglers had targeted him as well. He attributed his abrupt withdrawal from the presidential race to a plot by President George H.W. Bush to disrupt his daughter's wedding.

Belief in conspiracies conveys at best poor understanding and at worst mental instability. Trump has displayed the same weakness, endorsing the "vaccines cause autism" myth, the "Obama born in Kenya" canard, the "Clintons killed Vince Foster" rumor, the "Rafael Cruz involved in the JFK assassination" nonsense and many more crackpot theories. Worst and most pernicious are the conspiracies he conjures himself -- that the "system is rigged," that thousands of American Muslims celebrated 9/11 but the footage has been suppressed, and that if he loses it can only be due to fraud.

Republicans were relieved in 1992 to see Perot unmasked as unstable. Perhaps, after 2016, they will fall out of love with addled businessmen forever.