Mona Charen
|
Posted: Apr 29, 2016 12:01 AM
Share   Tweet
The opinions expressed by columnists are their own and do not necessarily represent the views of Townhall.com. 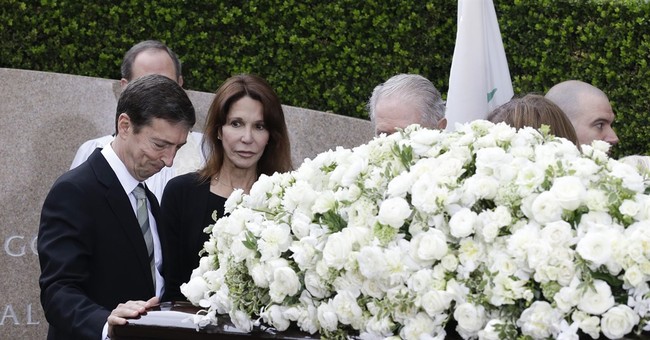 Trending
A longtime Republican conservative emailed me after Donald Trump's Tuesday night romp through the "Acela corridor." "Is the GOP now the anti-trade, anti-immigrant party?"

I don't think so, but take no comfort in the reason: Republicans haven't signed on to protectionism and nativism (or at least, only a minority has), but they seem to have lost all philosophical coherence.

The lesson of the Ted Cruz campaign is that the party faithful are not nearly as conservative as some had thought. Even among "very conservative" voters in New York, Cruz carried only 27 percent. Were Empire State voters still smarting from Cruz's "New York values" snipe? Maybe, but Cruz won only 29 percent of "very conservatives" in Alabama, 31 percent in Virginia and 41 percent in Pennsylvania. Cruz has worked assiduously to showcase his conservative bona fides, and while purists might raise an eyebrow at some of his foreign policy stands and his flip-flopping on trade, he passes every other conservative litmus test with deep dye. Yet even among very conservative voters, he failed to close the deal.

A lot of ink has been spilled analyzing why Trump was able to run away with Cruz's "evangelical" voters, but less to the vertigo-inducing reality that people who call themselves conservative, even "very" conservative, can vote for someone like Trump -- a liberal-leaning, Planned Parenthood-defending, Code Pink-echoing, flamboyantly ignorant swindler.

Anger about immigration isn't it. I've always been a mushy moderate on immigration. At least with regard to Mexico, it's a problem on the way to solving itself. The "wall" would be the greatest waste of money since the feds created the Department of Education -- and threatening to dun Mexico for the cost is sheer flimflammery. Still, I was willing to entertain the idea that voters were really exercised about it as an explanation for the Trump rise -- until I looked at exit polls.

Since Iowa, voters have been asked to rank issues by importance. In New Hampshire, only 15 percent of voters put immigration at the top of their list of concerns. Fifty-six percent favored a path to legalization for illegals living and working here. In South Carolina, even fewer (10 percent) ranked immigration first among issues of concern, and 53 percent favored that path to legalization. These results were replicated in nearly every state that has held a primary so far. Among Republicans in Pennsylvania, for example, fewer than 40 percent favored deportation of illegal immigrants, yet Trump won nearly 57 percent of the vote.

The exception to this rule is the large number of voters who approve of Trump's proposal to temporarily ban Muslims from the U.S. -- a very new wrinkle on the old immigration issue.

Trade has loomed large in a few states, such as Michigan and Pennsylvania, but has been more mixed elsewhere, with voters divided on whether it helps or hurts the economy.

So the answer to my friend is that Republicans are not voting on issues; they are voting on personality and attitude, and thus revealing themselves to have fallen for one of the worst errors of the left: the progressive belief that all will be well provided the "right" people, the "best" people, if you will, are running the government.

"This is the end of Reaganism," former Sen. Tom Coburn, a conservative hero, told me. The three-legged stool of strong defense, small government and conservatism on social issues has been smashed. Republicans, or at least a plurality of Republican primary voters, no longer distrust government per se; they simply distrust this government. They dislike Obama and the Republican leadership. But they're ready to believe that an outsider will be able to bring his annealing touch to the economy, to the culture and to national greatness. If a Republican politician today were to tell the joke about "I'm from the government and I'm here to help you" -- a reliable punch line in the Reagan repertoire -- he or she would be greeted by incomprehension. This is a signal victory for the left: the triumph of faith in the state. Trumpites are reprising Barack Obama's "Yes We Can" with a new lead.

Republican politicians cannot rely on the healthy skepticism about government that was once woven into the fabric of the party. People used to know that bigger government enables more corruption; that the mediating institutions of society, such as family, church and community organizations, are better at nearly every task than bureaucracies; and that government undermines these institutions when it expands too much.

"All kings is mostly rapscallions, as fur as I can make out," explained Huck Finn, a good American constitutionalist. It's a lesson the Republican Party will have to relearn when this season passes.