When the First Amendment Counts Most, Court Has Been AWOL 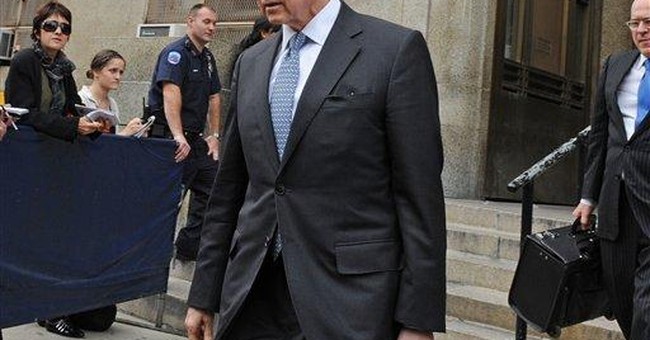 The air was thick with hypotheticals at the Supreme Court last week as the justices considered whether a law designed to outlaw videos depicting cruelty to animals was constitutional. Because there is no floor to human decadence, so-called "crush videos" depicting women in high heels crushing small animals to death enjoyed a certain popularity. Congress outlawed them. Most of the justices appeared to think that the law ran afoul of the First Amendment and they let fly with a quiver full of theoreticals. "What if I'm an aficionado of bullfighting who wants to promote his passion about the noble fight of man versus beast by selling videos?" Justice Scalia asked. Later, mocking the "bona fide scientific, journalistic, educational, or historical" exceptions to the law, he added, "If I dress up like a Roman to promote my videos, does the whole thing fall under the historical exception?" Justice Stevens asked whether depictions of hunting with a bow and arrow might fall within the purview of the law.

In a direct riposte to Justice Scalia's suggestion that under the First Amendment, "people who like bull fighting, who like dog fighting, who like cock fighting" should be able "to present their side of the debate," Justice Alito proposed a hypothetical of his own. "What about people who -- who like to see human sacrifices? Suppose that is legally taking place someplace in the world. I mean, people here would probably love to see it. Live, pay per view, you know, on the human sacrifice channel. They have a point of view they want to express. That's OK?"

All of this lively discussion at the Supreme Court on the reach of the First Amendment is grand stuff -- just what the justices ought to be puzzling over. The right to freedom of speech is fundamental to our constitutional order. It serves to safeguard our other liberties. And it defines who we are as a people.

Except -- hello? -- the Supreme Court has upheld direct (not speculative), blatant, and sweeping restrictions on that most sacred of all speech in a democracy -- political speech. By upholding the constitutionality of the McCain/Feingold law, the Supreme Court in 2003 (with a slightly different composition from today's Court) joined Congress and President Bush in imposing strict limits on who can legally say "vote for" or "vote against" this or that candidate within 30 days of a primary or 60 days of a general election.

It's true that in the last several years the Court has carved out exceptions to the law, as in FEC v. Wisconsin Right to Life. But the complex skein of federal and state regulations of political speech remains. As Brad Smith, former chairman of the Federal Election Commission, recently explained, campaign finance laws continue to regulate over "70 different types of speakers -- corporations, candidates, party officials, unions; and 30 different forms of speech, each with its own rules." There are more than 200 pages of statutory language, over 500 pages of regulations, over 1,700 pages of explanation and justification of these regulations, and over 2,000 advisory opinions by the Federal Election Commission interpreting all of this.

Many Americans are unaware of how much their free speech rights have been infringed. But as John Stossel reported, Becky Cornwall got a painful education. She opposed a ballot initiative that would have folded her town into the larger neighboring jurisdiction. Because she owned a printing shop, she made up signs saying "No Annexation." Some of her neighbors joined her cause and knocked on doors sporting "No Annexation" t-shirts and seeking signatures for a petition. Before you could say "grassroots political activity," she and her friends were slapped with a lawsuit for failing to register as an "issue committee" and listing all of their expenses.

Or take the case of Ada Fisher, a retired North Carolina doctor who twice ran for Congress. "She ran on a shoestring budget, campaigning out of her own car, making her own signs and buttons. For staff, she relied exclusively on volunteers." Unable to successfully navigate the 500 pages of FEC regulations, she and her (unpaid) campaign treasurer were fined $10,000 for late filings.

The Supreme Court will decide Citizens United v. FEC this term, the case testing whether it was permissible under the First Amendment for the FEC to block distribution of "Hillary: The Movie." It's possible that the Court will finally do what it ought to have done in 2003 -- overturn McCain/Feingold. If it does, its protection of political speech will at last rise to that accorded by the Court for topless dancing, flag burning, liquor advertising, and presumably "crush videos."