The Good Obama Can Do 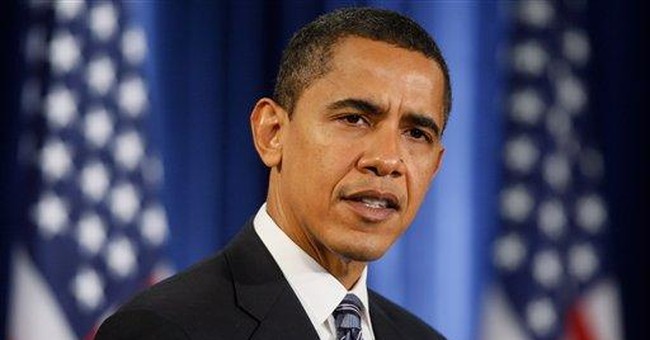 At the Early Reading First Project of the University of Illinois, they are hoping that Barack Obama will publicize the titles of the books he reads to his daughters. Such is the fascination with the new first family, the program's leaders tell the Chicago Tribune, that they can imagine children's books flying off the shelves, Oprah-like, with each Obama endorsement.

In fact, Barack Obama is in a position to affect far more than book purchases. He could have an effect on the culture of marriage in America.

The data are familiar. More than one-third of American children are born out of wedlock (two-thirds for black kids) and divorce plays havoc with children's security. Some 40 percent will spend some time in a cohabiting family arrangement before their 16th birthdays. Stepfamilies, as medieval fables suggested, are not as safe or secure for children as the nuclear family of two married parents. Rates of child abuse and neglect are far higher in stepfamilies than in nuclear families. Children born out of wedlock and children of divorce fare far worse on a range of social indicators than children raised in intact families. They have higher rates of school failure, drug use, depression, teen pregnancy, trouble with the law, violence, and poor health than do children raised by two parents. The really high-achieving kids in our society -- like those who attend top colleges -- are very disproportionately from intact families. Kay Hymowitz's book "Marriage and Caste in America" describes in detail the growing "marriage gap" in America. Upper middle and upper class women wait until marriage to start their families. The out of wedlock birth rate for college-educated women is only about 4 percent. On the other hand, poor women are having more and more children without husbands and they are also divorcing at much higher rates.

Thirty-six percent of female-headed families live below the poverty line. Only about 6 percent of married-couple families are poor -- and many of those are recent immigrants, whose poverty may be temporary.

So Michelle and Barack Obama, just by modeling good parenting, have the capacity to set a great example. A report from the Chicago Tribune suggests it has started already. "Seven-year-old Ava Childers will soon be responsible for making her own bed every day. Ava's mother, Danita, got the idea after hearing that the soon-to-be first daughters ... are required to make their beds in the morning."

Obama has not shrunk from lecturing his audiences about parenting. Back in May, at a campaign stop in Gary, Ind., the future president gave his audience a pretty good harangue:

Obama is setting a fine example. And good for him. His father walked out on him. Rather than repeat that destructive pattern, he is doing the opposite. Is it a total stretch to imagine him lecturing young people about the need to get married before having babies?

But he can do more than that. He has said that he will continue some of the faith-based programs that President Bush initiated. He should also maintain and expand the marriage promotion policies that began under the current administration. The family, as Jack Kemp has always said, is the best department of Health and Human Services you can possibly devise. In hard times, this is more critical than ever. An increased child dependent tax credit (limited to married parents) would be one step toward the goal of strengthening families. But the overarching change must be a cultural one -- an unapologetic, unflinching dedication to forming and maintaining married parent families as the best and most desirable norm for a healthy society.

If Obama is able to achieve that cultural shift, it would be the most important and far-reaching thing he does.