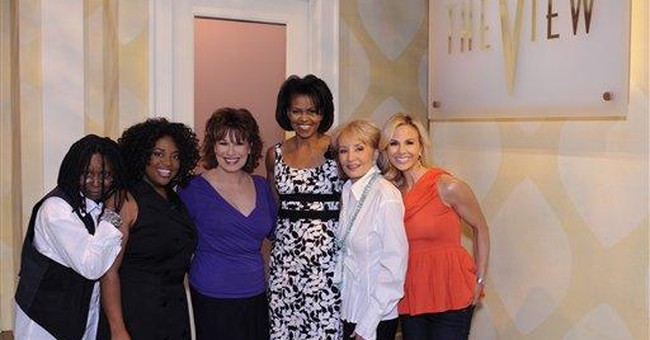 I am so excited by Barack Obama's new politics. Like Chris Matthews, I got a thrill down my leg when the senator announced his candidacy promising a "new kind of politics." As I recall, he said, "Our leaders in Washington seem incapable of working together in a practical, commonsense way. Politics has become so bitter and partisan, so gummed up by money and influence, that we can't tackle the big problems that demand solutions. And that's what we have to change first." Goosebumps!

You know how most politicians say one thing and do another? Well, Barack is different. He gave Hillary Clinton quite a dressing down during the primaries in the Rust Belt for having once supported NAFTA, a treaty Barack called "devastating." Obama said he'd use the threat of withdrawal from the treaty as a "hammer" to wring concessions out of Canada and Mexico. And sure, his top economics aide told a Canadian consulate official on the QT that Obama's anti-NAFTA rhetoric was "more about political posturing than a clear articulation of policy plans."

But that only shows how hard it is for Obama to find aides who are as farseeing and honest as he is. Well, yes, the candidate did acknowledge to Fortune magazine last week that he now views NAFTA more favorably and wouldn't seek to renegotiate its terms. And yes, he did say, "Sometimes during campaigns the rhetoric gets overheated and amplified." But, oh, the way he employs the passive voice! It's not that he pandered to or misled the voters. No, the rhetoric got overheated. Who else, I ask you, can so smoothly deploy the passive voice?

Barack Obama is so uplifting. He has said, "We need a president who sees government not as a tool to enrich friends and high-priced lobbyists (note: don't you hate those low priced lobbyists?) but as the defender of fairness and opportunity for every American." Yes, yes, yes. When he released a list of earmarks he had requested over the past three years in the U.S. Senate, he was being open and honest about the favors he has done. Some might say that $740 million is hardly worth mentioning in the context of the huge federal budget. And if $1 million went to the hospital that happens to employ Mrs. Obama, well, that's because she looks incredible in a black-and-white print sundress.

Obama has called us to something higher than politics as usual. "The stakes are too high and the challenges too great to play the same old Washington games with the same old Washington players," he intoned. After clinching the Democratic nomination, Obama's first big appointment was Jim Johnson to head his vice presidential search committee. Johnson has such wonderful experience under his belt, with ties to Walter Mondale, John Kerry, Goldman Sachs, Fannie Mae, the Trilateral Commission, and it turns out, Countrywide Financial. Well, yes, Countrywide was one of mortgage lenders Obama had condemned earlier this year for "pumping up the subprime lending market. They get a $19 million bonus while people are at risk of losing their home. What's wrong with this picture?" And it didn't look exactly kosher that Johnson had reportedly received up to $7 million at below-market rates as a special friend of the company's CEO, Angelo Mozilo.

But Obama's response showed just how above this sort of thing he truly is. He zeroed in on the nature of the problem as soon as Johnson's shady deal came to light: "There's a game that can be played. Everybody, you know, who is tangentially related to our campaign, I think, is going to have a whole host of relationships. I would have to hire a vetter to vet the vetters." How true. It's a shame really that Johnson resigned, not wanting to become a distraction, because he was so tangential anyway.

Obama is the kind of leader who can bring us together. He may have the most one-sided, partisan voting record in the Senate, but that just shows how ready he is for a fresh start. He will take on the "special interests," like the farmers. He voted for the largest farm bill in history ($307 billion). Take that!

Obama is going to set a new tone in politics. Yes, he did promise to abjure private financing of his presidential campaign if the Republican nominee would do the same, but as everyone can see, things have changed. Public finance would provide only $85 million, whereas Obama has raised more than three times that already. As the candidate explained so upliftingly, "It's not an easy decision, and especially because I support a robust system of public financing of elections" but "this is our moment and our country is depending on us."

Somebody catch me, I may swoon.