Iran Is Ripe for Change – For the Better

Mohammad Mohaddessin
|
Posted: Jun 20, 2019 11:29 AM
Share   Tweet
The opinions expressed by columnists are their own and do not necessarily represent the views of Townhall.com. 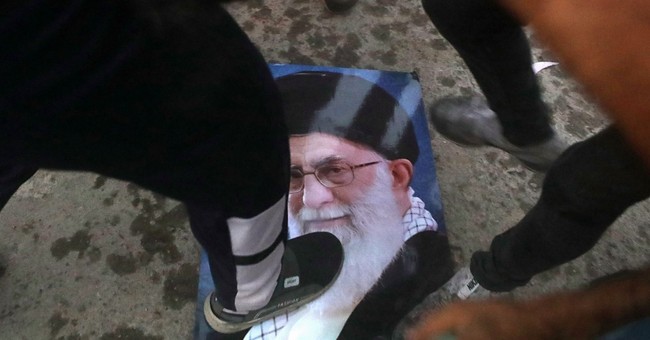 My country Iran is at a critical point. The regime is struggling to survive economically, politically and strategically. The circumstances are ripe for its downfall. A 40-year nightmare that has unleashed egregious rights abuses, regional chaos, religious fundamentalism and international terrorism is coming to a close.

In recent days, the Tehran has been targeting oil tankers in the Persian Gulf, facilitating attacks on Saudi oil installations, and orchestrating missile assaults on American interests in Baghdad. These acts reveal that the regime’s impasse is real and it is becoming increasingly more desperate.

Three key factors have contributed to the regime’s rapid decline.

First, the overwhelming majority of Iranians are extremely disenchanted after decades of oppression, discrimination, economic malaise and international isolation.

After massive uprisings in 2018, daily protests now animate the socio-political landscape throughout Iran, with protestors hailing from the full breadth of the country’s social strata. While some worry about the impact of sanctions on ordinary citizens, no single protest has denounced international sanctions, instead pointing their finger at the mullahs’ wholesale theft, plundering and corruption as the main source of the country’s growing economic misfortunes. Demonstrators chant: “One less embezzlement, our problem will be solved.”

Second, an organized opposition exists in the form of the 54-year-old Mujahedin-e-Khalq (MEK), which has galvanized the spirit of resistance among the population, forming “Resistance Units” and underground popular councils across the country with the objective of hastening the regime’s ultimate demise.

And third, the National Council of Resistance of Iran (NCRI) has for decades called for a tougher US policy on Iran, including oil and petrochemicals sanctions, an arms embargo, and the terrorist designation of the Islamic Revolutionary Guard Corps (IRGC).

For years, both Republican and Democratic White Houses resisted these calls and opted for appeasement instead. Thanks to the NCRI’s sustained global advocacy, however, an important transformation in US policy on Iran is unfolding.

The confluence of these factors has created multiple crises for the regime, forcing public ruptures at the helm, as evidenced by recent public spats between Supreme Leader Ali Khamenei and Hassan Rouhani.

While Khamenei characterizes hypothetical negotiations with the U.S. as “harmful,” Rouhani offers an open door, providing that sanctions are lifted. Rouhani’s oil minister confesses that the “situation has never been more bleak” while Khamenei urges more “economic resistance.” Against the backdrop of mounting protests seeking the regime’s downfall, such widening fissures within the regime are doubly more fatal.

Meanwhile, Tehran’s propaganda machine is working overtime, perpetuating the false narrative that "there is no serious alternative” to the mullahs while demonizing the NCRI and MEK. Their goal is to buy time and to create a smokescreen for Western eyes.

Can the regime change its behavior and behave like a “normal” state by, for example, adhering to the 12 conditions announced by US Secretary of State Mike Pompeo? No, because abandoning terrorism, regional meddling and the nuclear weapons program undermines the hegemony of the velayat-e faqih (absolute clerical rule) and hastens the regime’s collapse.

Khamenei has repeatedly warned: "If we take one step back, we would have to keep backtracking until the end of the system.” He thus regards negotiations as “poisonous,” particularly with the current US administration and president.

Could the regime engage in a military confrontation with the US? No, because even its own officials, including Foreign Minister Javad Zarif, warn that Tehran’s military power will be easily overpowered by its American counterpart not in days but “in a matter of minutes.”

While Tehran feels extremely frail in the face of a potential US military reply, it is comforted by the assumption that its actions will not produce a corresponding military response from Washington. Otherwise, the regime knows that it cannot withstand a US assault in military terms, and it is terrified that a potential strike will embolden people to heighten their opposition.

To break the impasse, the mullahs resort to regional aggression and terrorism. Tehran’s foiled back to back terror plots in Albania, France, and the US against the main opposition are costly and appear irrational on the surface. But, viewed in context, the regime is desperate and struggling to survive, which explains why it is branding calls for democratic change as “warmongering.”

This month, in rallies across the world, Iranians will be echoing the Iranian people’s desire for regime change. Thousands did so in Brussels on Saturday, and several thousand will in Washington, DC this week.

Our people’s conflict with the religious fascism ruling Iran is over free and fair elections, freedom of the press, freedom of association, separation of religion and state, respect for all personal freedoms and the democratic vision that is laid out in NCRI’s President-elect Maryam Rajavi’s 10-point-plan for the future of Iran.

This is something for which tens of thousands of my compatriots have sacrificed their lives in the past four decades.

The winds of change are blowing. An indigenous alternative, backed by the Iranian people, will ensure that the regime is overthrown. The resulting democratic future will enrich an Iran that is so eager to make positive and long-lasting contributions to the international community.