As We Predicted, Gold Rose After Last Week’s Rate Hike

Mike Fuljenz  |  Mar 22, 2017
The opinions expressed by columnists are their own and do not necessarily represent the views of Townhall.com.
Top Columns
Trending on Townhall Media 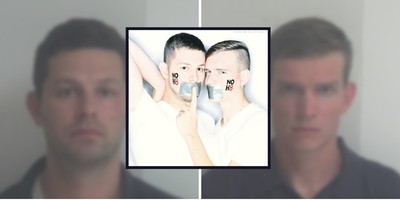 Gold rose after last week’s rate hike, as we have been predicting.  In the last two rate hikes (December of 2015 and 2016), gold bottomed out the day after the rate increase; then, gold rose strongly.  This time around, gold bottomed out under $1,200 on the day before the rate hike and then rose strongly after the rate hike was announced.  The dollar was expected to rise on the rate increase, but the dollar actually fell to the euro since the Dutch election on the same day favored moderates over radicals, strengthening the euro in dollar terms.  This election helped gold to rise in U.S. dollar terms after the Fed’s rate increase.

Last week’s gold rally after the rate hike took a lot of pundits by surprise, but we have been saying all along that gold tends to go down BEFORE the rate increase, then it rises afterward, in a “relief rally.”

Despite the clear record of history, most mainstream pundits like to say that “gold tends to decline after interest rate increases, since it offers no interest income.”  That sounds reasonable, but they never add the fact that these rate increases are trivial increases from historical lows. Specifically, gold is competing against short-term interest rates under 1% in the U.S. and under ZERO in Japan and in most of Europe.

Chinese Own a Whopping 19,500 Tonnes of Gold

China is the world’s biggest consumer of gold.  Yet even being aware of the immense popularity of gold in the country, it still is something of a surprise to learn that the Chinese own an estimated 19,500 tonnes of gold!

That estimate comes from Koos Jansen, an analyst with Singapore bullion dealer Bullion Star.  Jansen has studied the Chinese gold market for years and his on-the-scene view of the gold market is considered by many gold watchers as more accurate than the mainstream market analysts.

Jansen computes that private citizens in China hold an astonishing 15,500 metric tons (tonnes) and the government has 4,000 metric tons stashed in its vaults.

Jansen believes the government actually owns much more gold than it reports.   He says the central bank purchases don’t show up in official import statistics and are kept a closely-guarded secret.  “The Chinese army even has a special division, I call it the gold army. This gold army can still be active, they can pick it up directly in the U.K.,” he says.

Why the huge appetite for gold?  Well, for one thing gold is a deeply entrenched element in the Chinese culture and holds great significance for bringing good luck and good fortune.   But there are other more pragmatic reasons for its enormous popularity.

“Companies and individuals buy gold for the same reason. Get out of the Renminbi, diversify, protection, etc.,” Jansen says.

Unlike Western gold buyers, who will sell gold when it’s opportune, Chinese buyers hold onto their gold – forever.  Jansen says China won’t let even a single ounce of gold or silver leave the country once it enters.  “The West has been selling gold into a black hole.”

Why I Write about Gold More than Gold Coins

Some clients and customers I meet wonder why I don’t write more about rare coins than gold and silver bullion. After all, I have written several award-winning books about coins and specific coin series, like Gold Double Eagles (of various types) and Gold Indian coins of several denominations and mints.

My answer is that a rising price of gold and silver invariably awakens the public’s interest in owning gold, through bullion coins at first.  This increases first-time callers to our coin company, since our advertising works better in a rising bullion market than when prices are falling.  This year is starting out with a gold bull market surge, so we are receiving more first-time callers than usual.  Many of them quickly become interested in rare silver and gold coins. In addition, many customers order my books on gold Indian coins and other rarities and become interested in owning a selection of rare gold and silver coins.  This is why I talk about gold. A rise in the price of gold motivates the public to pay attention to ads for American Silver Eagles, or Canadian gold coins, and then they discover the beauty and rarity of historical gold and silver.  These factors have contributed to explosive rare coin bull markets in the past, with increases of 100% to over 1000%.

By the way, we keep extensive “wish lists” for popular rare coins, such as the 1908-S $5 and $10 Indian in MS-61 to MS-65, or the Carson City Mint’s $5, $10 and $20 gold coins. I advise our customers to tell us if they are looking for a coin they can’t find.  Contact one of our representatives and we will keep our eye out for specific rare coins when we travel to buy coins.