Life And How To Live It, Part XIII

Mike Adams
|
Posted: Dec 03, 2019 10:15 AM
Share   Tweet
The opinions expressed by columnists are their own and do not necessarily represent the views of Townhall.com. 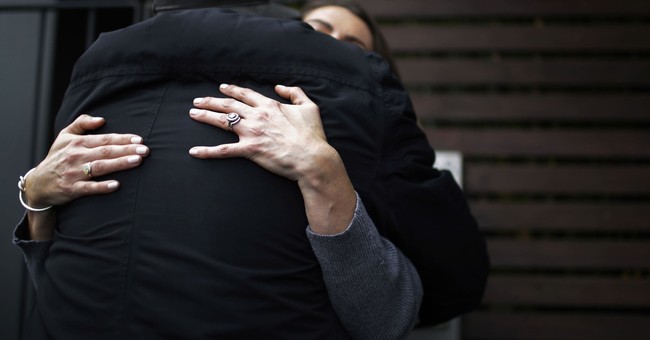 My father died just before the holiday season began three years ago. On the anniversary of his death I wanted to share a story with my readers that occurred about three years before he died. It concerns an argument we had during one of my holiday visits to Houston. I thought it would be good for people to hear it before they spend time with their families over Christmas.

For that holiday visit, I was planning on staying with my parents for a few days in the Woodlands, then visiting friends across town in Katy and then in Clear Lake before circling back to see them again prior to going back to North Carolina. But just as I was preparing for the day trip across town to Katy, my dad began lecturing me on my need for a GPS. I told him I did not need one as I had been to the Katy destination several times before.

For some bizarre reason, my dad just kept on arguing with me. When my mother tried to change the subject, he just raised his voice and shouted over her. He kept interrupting both of us until my mother begged him to just shut up. She only told him to shut up when he was way out of line – so that usually worked. But it did not work this time. He just kept going.

Finally, in anger, I looked at him and said “Dad, there is no problem here for you to solve. So stop interrupting me!” Before I realized it, everyone was either yelling or angry. I then told him I did not drive 1250 miles to put up with his nonsense - although I may have used an expletive. Next, I grabbed my bags and stormed out of his house vowing never to visit my father again.

I spent the night in Katy that night – just as I had already planned to do. The next day I drove down to Clear Lake as I had also planned to do. After spending the day and the early evening with a friend I had decided to just start the drive back home to North Carolina instead of going back to dad’s house in the Woodlands.

I guess I just did not want to face my father again. I was furious at him for lecturing me and for raising his voice to me after I drove all the way across the country to see him. He was furious at me for telling him I did not need his advice. We both felt hurt and we both felt disrespected. Nonetheless, for some bizarre reason, as I headed up I-45, at just the last second, I decided to miss the I-10 exit to North Carolina and instead drive back up to the Woodlands.

When I walked into the house, my dad was sitting by the fireplace. I sat down next to him and pulled out an iPad and starting showing him pictures of our old house in Clear Lake, which I had just taken earlier that day. He never apologized for raising his voice. And I never apologized for storming out of the house. I just met him where he was and started talking in order to break the silence. Three years later, I knew just why dad had been acting strangely during that visit. A massive tumor had started growing in the middle of his brain. The next two holiday visits were peaceful. By the third he was dead.

Had I taken that exit and gone back to North Carolina, things never would have been the same again. Instead, I made peace with him. In fact, I was the last person ever to speak to him. I even delivered a sermon to him on his last Sunday on earth, as he lay there blind, mute, and dying. He died peacefully and I have been at peace with it ever since. It was all because I met him where he was and started talking.

If there is someone you love that you are not at peace with just swallow your pride and reach out. Chances are, the source of your conflict really is not as important as you once thought it was. Perhaps it is just as meaningless as the one between my dad and me. If fact, I’ll bet it is.

We are all dying, folks. It is time to meet the people we love where they are and start talking. There is no need to wait until the holidays to start applying this principle. We can start today. We might not have tomorrow.

It is true that our lives are measured in years. But they are given meaning in precious moments. Those moments include more than just the ones where we refrain from taking a wrong turn. They also include the ones where we have to knock down a wall when it seems safer to hide behind one.

When we do, we realize that it is far easier to let go of our pride than it is to live inside a prison of our own construction.