Some Animals Are More Stable Than Others

Mike Adams
|
Posted: Aug 22, 2017 12:01 AM
Share   Tweet
The opinions expressed by columnists are their own and do not necessarily represent the views of Townhall.com. 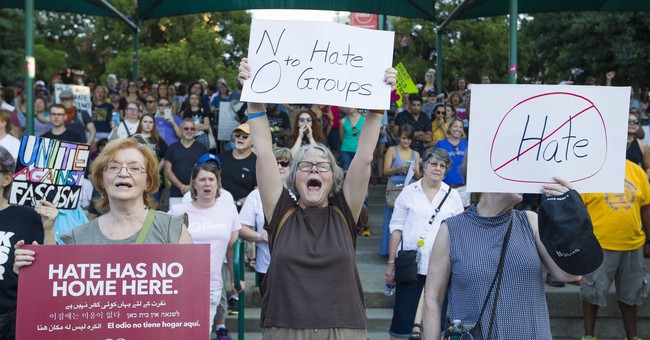 My university probably doesn’t realize it but they just accidentally microaggressed the entire progressive population here at the University of North Carolina at Wilmington (UNCW). And that is no laughing matter since about 99 percent of our “diverse” faculty see themselves as progressive in their political leanings. For those not aware, a progressive is someone who denies the humanity of the unborn, denies that there are biological differences between men and women, and characterizes political conservatives as “science deniers.” Regardless, it’s a good thing we have armies of mental health professionals on hand here at the university because we’re going to need them once they realize just how badly they have been victimized.

I began to notice the microaggression of campus progressives the day after the election. That was when an email was sent to the entire university population acknowledging that some people were having trouble coping with the results of the election. But the email went further than that. It reminded people that the counseling center was there for people having emotional trouble in the wake of the election. In other words, it recognized that some progressives were too emotionally unstable to endure the consequences of living in a democracy where things don’t always go your way.

Of course, the email was not inaccurate. In fact, one of my colleagues was so emotionally devastated that she refused to teach any of her classes for two weeks. She was mourning the fact that voters rejected her bumper sticker, which clearly expressed her worldview assumption that “love trumps hate.” So if the email wasn’t inaccurate then what is the problem? And why am I writing a column about it?

The problem is that when Obama defeated Romney in 2012 there was no similar email to conservatives reminding them that counseling was available for those who were disappointed with the results of the election. The university administration just assumed that conservatives are emotionally capable of enduring the consequences of living in a democracy where things don’t always go your way. In other words, they assumed that conservatives are more emotionally stable than progressives. And anyone who has been through freshman orientation knows that is a microaggression!

Those checking their email last week at UNCW should now be painfully aware that this is part of a pattern of microaggression here at our little university. Just days ago, we all got an email about Charlottesville that stated, “If you think you may need to talk to someone about recent events, please don’t hesitate to reach out to our counseling center.” But why wasn’t there a similar email sent after five police officers were gunned down in Dallas, Texas in the summer of 2016?

The answer is very simple. The university responds to the actions of the new white supremacists (but not the new black panthers) because they have very different effects on the emotional climate here at UNC by the Sea. The very fact that white supremacists still exist reminds progressives of their failure to establish a secular utopia here on earth. It also testifies to their failure to grasp the realities of human nature. Both of these things are deeply emotionally devastating to the so-called progressive.

In contrast, conservatives better understand the events in Dallas because they understand that we live in a fallen world. They are upset by such a tragedy but they still rise from their beds the following day to do the things they have to do. And the university realizes they will persevere even in the absence of a mass email reminding them of the availability of on-campus counseling services.

The condescending view that progressives are less stable than conservatives would be unbearable if it were not so accurate. But there will be hell to pay when progressives finally realize they are being microaggressed by their own university. The bad news is that some bureaucrat is going to have to craft a mass email informing them of this ongoing victimization.

At least it will give job security to other bureaucrats who provide emotional support for those unable to cope with reality. That is the point of college, right?