Cruel to Be Kind

Mike Adams
|
Posted: Apr 21, 2017 12:01 AM
Share   Tweet
The opinions expressed by columnists are their own and do not necessarily represent the views of Townhall.com. 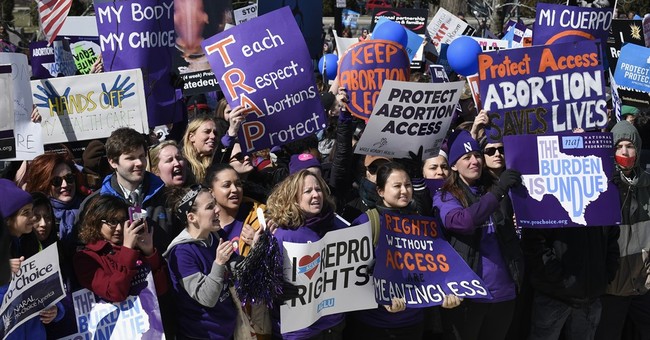 Several years ago, a feminist professor told me that she had decided to abort her child because it was the “compassionate thing to do.” Those were her exact words and she was serious. At the time, I thought she must have suffered a severe intellectual hernia from the strain required to declare an act of dismemberment to be an act of kindness. Since then I have realized that this was more than just an isolated instance of intellectual constipation. Disguising acts of cruelty as acts of kindness is a feature of virtually every policy position of the secular “progressive” left. Some notable examples follow:

Abortion. You don’t need to look at an actual video (but if you do please click here) to see that abortion is an act of dismemberment resulting in death. Everyone knows that  - even though some lie and say they don’t. But when you start to use various “compassionate” justifications like poverty reduction to turn cruelty into kindness you are playing with fire. Of course, dismembering everyone would ultimately rid society of poverty. The problem is that such a “society” would in time be reduced to the last man standing with the biggest scalpel.

Anti-racism. I understand that fighting racism is a good idea – provided we are talking about actual racism. But when you start calling someone a racist for saying “all lives matter” – as one of my so-called colleagues recently did to a student in front of her classmates – you aren’t stamping out racism. You are just intentionally defaming people in order to end an argument with intimidation tactics.

Black Lives Matter! It certainly sounds compassionate to shout from the mountaintops about how much you care for black people. It’s sort of like bragging that you have a lot of black friends. But what happens when you start lying and spreading propaganda about the prevalence of white cop on black citizen violence? That’s not a rhetorical question. In fact, I have the answer right here: White cops eventually respond to false accusations of racism by withdrawing from black neighborhoods. This, in turn, results in significant increases in violence committed by black people against other black people.

Gun control. When leftists attempt to lock up your guns – or confiscate them altogether – it is usually done under the guise of protecting children. But notice the pattern that follows when one of their restrictive gun laws is struck down in court. For example, the Heller decision struck down a radically restrictive D.C. gun law back in 2009. Homicides went down by over twenty percent the following year. Progressives did not celebrate the reduction in crime. In fact, they were furious and pledged to reinstate the ban despite the evidence. It didn’t matter that relaxing the gun laws was saving young lives. Evidence is irrelevant to those on a quest for cosmic justice. Indeed, there is no amount of blood in the streets that will stop the progressive from telling you how much he cares about young people.

Trans-mania. Over a decade ago, leftists on my campus and in my department decided it would be a good idea to sponsor a film that encouraged young people to have sex reassignment surgery before they were legally old enough to drink. I was one of only two professors in the department who objected to our collective sponsorship of the film (and the only one in the department who would still object today). I argued that when someone has a delusion you should not encourage him to act on it. You wouldn’t tell a starving woman who was suffering from anorexia, “Yes, you are right, you sure are fat. Stop eating so much!” Nor would you help a man cut off his legs because he identified as handicapped. Similarly, we need to stop trying to convince young people to carve up their genitals because a mental disorder makes them think they are something they are not. It’s not compassionate to hop on the trans-mania bandwagon. In fact, it is always cruel to enable suffering people who wish to hurt themselves.

Welfare. What happens when you pay people to have children out of wedlock? Hint: The answer is that people have children out of wedlock. That’s pretty obvious. What is less obvious (but still readily discernible from the data) is that illegitimacy drives up virtually every negative social indicator known to man. When the government subsidizes illegitimacy in minority neighborhoods at disproportionate rates then who suffers disproportionately? Hint: The answer is minorities. That’s why welfare is not compassionate. In fact, it is a cruel form of institutional racism.

A friend from Texas once explained to me the true meaning of compassion. In the process, he also explained the difference between compassion and justice. He said that compassion is when we jump into a river in order to save drowning children. In contrast, justice is when we take a walk upstream with our shotgun to find out who keeps throwing our children in the river.

When you make your way up the riverbank of our culture you are likely to find a pack of smug leftists who toss children in the water with one hand while patting themselves on the back with the other. The one hand knows exactly what the other hand is doing.