Mike Adams
|
Posted: Dec 20, 2016 12:01 AM
Share   Tweet
The opinions expressed by columnists are their own and do not necessarily represent the views of Townhall.com. 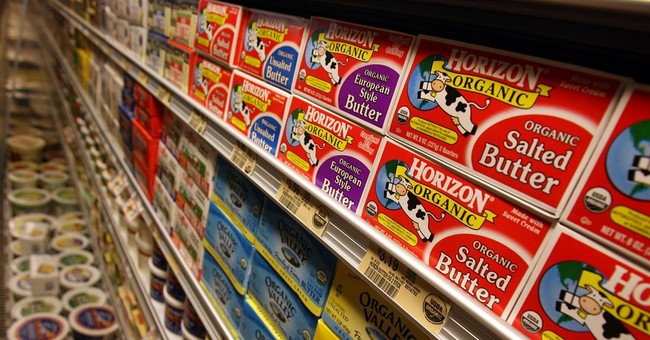 A conservative professor decrying the corrosive effects of political correctness on the larger society wrote a recent Letter to the Editor in our local paper. In the letter, the professor compared young people to butter sticks who melt at the slightest rise in temperature. The professor’s brief letter suggested that parents are raising their kids to be hypersensitive and that the universities are making the situation worse, not better. I agree with everything the professor wrote but I believe the situation is much more ominous than that. So I am writing to supplement, rather than contradict, the professor’s astute observations.

Teaching students that they have a right to be unoffended does have an effect I refer to as “reverse Darwinism.” Teaching weak and chronically offended people that they can negate the ideas of other people simply by shouting “I’m offended” does tend to result in weak people suppressing the ideas of stronger people who are unafraid to speak. This results in a phenomenon I also refer to as the “survival of the least emotionally fit.” When the weak silence the strong, weak arguments tend to overtake stronger ones. But this also teaches a valuable lesson to some of the stronger participants in the marketplace of ideas.

Think about it for moment. If you were a strong and aggressive proponent of left wing ideas (and you believed that the ends justify the means) then how would you respond to seeing someone suppress the ideas of others by claiming to be offended? There is a pretty good chance that you would try to manipulate the process by pretending to be offended.

Take the modern social justice warrior/feminist as an example. She stars in The Vagina Monologues one day – talking about her sex organs in public in the most graphic terms imaginable. The next day she is charging someone with sexual harassment for telling a joke - or at Davidson College for simply asking her out on a date. (No, I’m not kidding. At Davidson College “comments or inquiries about dating” are actually defined as sexual harassment).

Thus considered, the result of political correctness is twofold: It produces a lot of nominal adults unable to function in the marketplace of ideas without special protection. But it also produces a lot of manipulative sociopaths that seriously threaten the future of our nation.

Do you think I am exaggerating? Well, just take a few minutes to Google the words “students demand” and see what comes up. Here is what you will find:

It is hard to read the endless demands of these students without remembering what happened just over a year ago when all hell broke loose at Yale and Mizzou. At Yale, a student was caught on camera screaming at an administrator while simultaneously demanding “safety.” Students at Mizzou were captured on camera as they were goaded by a professor into using physical intimidation in order to remove members of the press from “safe spaces” located on public university property.

Now we are no longer shocked. This is the new normal. Gone are the days when college administrators tried to pull one over on college students by enforcing policies that violated their rights. Now the students are demanding these policies because they help facilitate a litany of other demands advanced in their endless crusade to control those that they cannot persuade.

Of course, most, though not all, of those demands involve the willful suppression of free speech protected by the First Amendment. But they will keep kicking and screaming until someone gives in to them. They will continue their tirades even if it means scrapping the First Amendment altogether. Force, rather than reasoned argument, is their new means of communication.