How to Answer a False Accusation of Racism

Mike Adams
|
Posted: Dec 09, 2016 12:01 AM
Share   Tweet
The opinions expressed by columnists are their own and do not necessarily represent the views of Townhall.com. 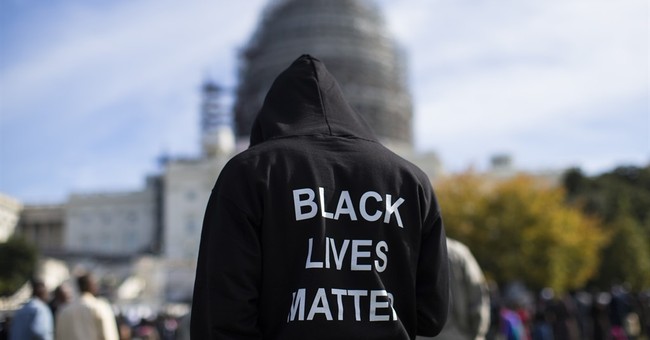 Yesterday, a student contacted me with a concern that is common among those taking courses in the social sciences and humanities. This particular student is enrolled in an online criminology class taught by a leftist professor. During a discussion of the Black Lives Matter movement, one of the more conservative students in her class used the phrase “all lives matter.” Predictably, the leftist professor objected. But he went even further by repeatedly accusing the student of racism. To make matters worse, the ad hominem attacks were made in front of all the students enrolled in the course. It was part of an online class “discussion.”

Although the student who contacted me was not the one attacked, she wanted to know how to confront the professor who was so clearly out of line. She was understandably reticent to express her own views after seeing a fellow student attacked in the middle of class discussion. Given the importance of the issue, I am printing my response to the student to help other students who are similarly attacked or intimidated in the classroom:

Dear Amber: The first thing to remember about responding to a false accuser is what not to do. Above all, you must resist the temptation to accuse the professor of harassment or of breaking the campus speech code. That is what leftists do and it is wrong. The best way to respond to bad speech is with better speech, not censorship.

1. What do you mean by racism? First of all, you need to realize that academic leftists rarely understand the terms they are using when they attack conservatives. Racism is a specific belief that races can be ranked according to genetically inherited characteristics. For example, when a white supremacist takes a racist view of blacks he is really saying that they are genetically inferior. This genetic inferiority allegedly manifests itself in lower intelligence, which, in turn, translates into other undesirable characteristics such as sloth and a propensity toward crime.

2. How does racism apply to the situation at hand? If the professor does happen to know the real definition of racism then he’s in quite a pickle here. You can ask the professor “How exactly does the assertion that ’all lives matter’ (read: all lives have equal value) translate into the notion that certain categories of people are genetically inferior to other categories of people?”

3. Have you ever considered the following? After showing that the professor doesn’t know the meaning of the words he is using and has no evidence to support his position his credibility is decimated. Now it is time to move in for the kill.

There are a lot of options here. For example, one could simply ask, “Have you ever considered that the statement ‘all lives matter’ is fundamentally anti-racist?” Asking, “Are you at all concerned that by opposing an anti-racist statement you align yourself with the true racists” would be a good follow-up question from which the professor could never recover.

In academia today, it is becoming increasingly difficult to distinguish the mentors from the protégés. Fortunately, exposing these incompetent professors is never more than a few well-placed questions away.