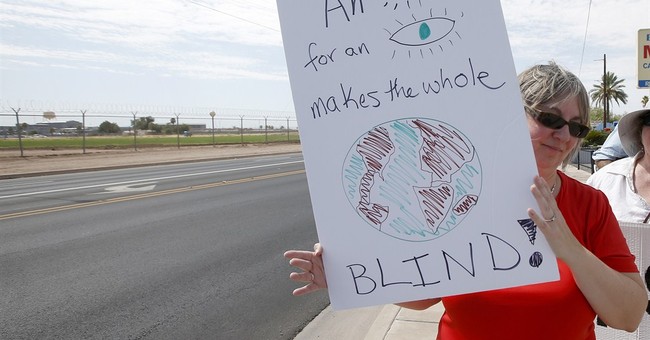 Author’s Note: This is the seventh and final column in a series. The first six installments, “This is Providence,” “Pharisees and Pharaohs,” “Prayers and Preparation,” “Pride and Perjury,” “David French Slays Goliath” and “To Speak the Truth” can be accessed in my column archive. Some of the themes discussed in this series were also part of a speech I gave at an Alliance Defending Freedom (ADF) event in July. The full speech can be viewed by clicking on this link.

When I awoke on the 22nd of March, I fired up the coffee maker and turned on my iPhone as I prepared to catch up on my reading and my emails. I was less than halfway into my 90-minute daily reading ritual when I noticed that the phone was “dinging” at a brisker-than-usual pace. For some reason, I was getting a lot of emails on that beautiful Saturday morning. When I finally picked up the phone to check my inbox, I noticed that several dozen emails had the following subject line: God’s Not Dead!

When I started to open the emails, I figured out what the subject lines meant. Just the night before, the movie God’s Not Dead was released in movie theaters all across the nation. My case, along with several other ADF cases, was mentioned in the movie credits. Specifically, the credit said my case was soon going to trial. Therefore, people were writing to tell me they were praying for me. They did not know that we actually won the jury verdict the day before the movie was released. By the end of the day, I would send the good news to several hundred supporters.

The next few weeks would be spent resting and waiting on the judge to make an announcement on the issue of relief. On April 8th, Judge Howard handed me two helpings of good news. First, he ordered the university to immediately promote me to its highest rank of full professor. Next, he ordered the university to give me $50,000 in back pay. Before it was all over, the university would be ordered to increase my salary by nearly $10,000 per year and to pay my attorneys a whopping $710,000 in legal fees. It was a thorough shellacking – an unprecedented victory for free speech over the forces of secular progressive intolerance.

Just three days after the judge ordered my promotion, I headed up to Raleigh to give a speech at Christ Baptist Church. N.C. Supreme Court Justice Paul Newby and Lieutenant Governor Dan Forest both attend the church so I knew it would be a friendly audience. I spoke to the group for about an hour and then signed a few books before leaving to go to Guitar Center to blow some of the settlement money on a guitar that I really didn’t need.

As I was headed across the church lobby and toward the exit someone caught up to me and grabbed me by the right arm. When I turned around, I saw that it was an older black man standing about six-foot-four. He looked down at me and said, “ I just want to thank you for that thing that you done for our people.” His words were simple but they were profound.

As I stood there facing a man who had lived through segregation I realized he was telling me that in essence we were both involved in a civil rights struggle. It is a struggle that transcends race and spans generations. Though profound, his words also made me feel uneasy. I’ve never considered anything I’ve done to be praiseworthy. I never knew it would be such a long ordeal. I just woke up every day and faced the next decision. My goal each day was just to do the next right thing.

I started to explain this to him saying “But you don’t understand, the Lord knew what He was doing when He put me in that radical department back in 1993 before I converted.”

That’s when the older black gentleman stuck his finger right in my face and interrupted me saying, “No. The Lord didn’t start preparing you in 1993. The Lord been raisin’ you up to do that thing ever since you was a little boy.” That was all he said before he turned and walked away.

Since that day in April, I’ve been asked to travel to California and Florida and to many points in between to tell my story. Several times during those speeches I have had to stop and compose myself after repeating the old black gentleman’s words. Every time I think about it I remember all of those lost years and all the people who lifted me up and carried me through them.

In particular, I think about those years when I was supporting myself as a musician and playing long nights in bars just to pay my tuition as I tried to earn my doctorate. I still remember waking up and sitting in front of the television on Sunday mornings. My body was aching, as I was hung over and trying to recover from playing my regular weekend gigs. My head would be throbbing as I watched Dr. James Kennedy delivering his sermons on the evils of the ACLU and Planned Parenthood. I would just sit there and curse at the screen because I hated him and everything he stood for. Yet I kept watching.

I had no idea that during the time I was cursing Dr. Kennedy he was busy founding an organization called the Alliance Defense Fund, which is now the Alliance Defending Freedom. They are the ones who stood behind me and represented me for seven long years during this epic struggle against the forces of ingrained institutional intolerance.

So it is fitting that I am completing a seven column series (about a seven year struggle) as I sit on the back patio of the Hyatt Regency Hotel on a cool November morning in Scottsdale, Arizona. I have come here to share my story at an Ambassador’s Summit with those who donate to the ADF. I have also come here and to thank the ADF and their supporters for the things they have done for me and for our people.

This series is now over. The battle for the souls of the next generation continues.

Graham on Filling SCOTUS Seat: After Kavanaugh, the Rules Changed
Katie Pavlich
It's Happening: Trump Tells GOP to Fill the Ruth Bader Ginsburg Vacancy 'Without Delay'
Matt Vespa
Liberal America Had an Epic Meltdown Over Ruth Bader Ginsburg’s Death, But They Have Only One Person to Blame
Matt Vespa

Trump: I’m obligated to appoint a new SCOTUS justice — without delay
Hotair
Will Lindsey Graham Eat His Own Words About No SCOTUS Nominee in Final Year of Trump Term?
Redstate