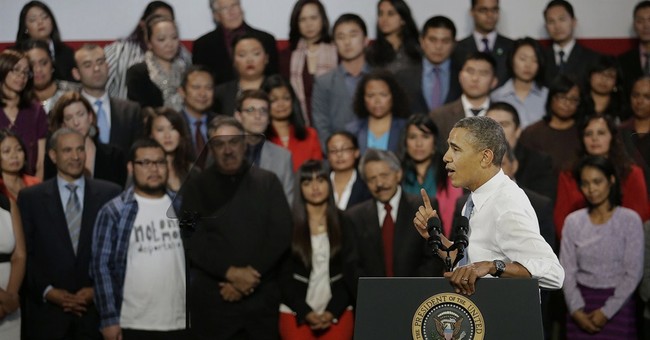 Author’s Note: This column is a continuation of my previous column “Bribery and Extortion,” which serves as an extended review of Peter Schweizer’s excellent new book Extortion: How Politicians Extract Your Money, Buy Votes, and Line Their Own Pockets.

In the wake of the tragic December, 2012 shooting in Newtown, Connecticut, Vice President Biden criticized more than just the gun industry. He also criticized the video game industry. He argued specifically that video games contribute to a national culture of violence. He stated immediately that he didn’t know what the government was going to do about it. Nonetheless, he said, “We’re going to do something.” In truth, by saying the government was going to do “something” it already had done something. That “something “was to issue a threat of extortion to the video gaming industry.

Immediately after Biden’s implicit threat that the government would soon crack down on video games, President Obama asked the Centers for Disease Control to study the causes of violent behavior. He specifically asked them to focus on any role movies, television, and video games might play. Predictably, the industry, which was already spending $5 million on lobbying, has started to expand its lobbying operations in Washington. Also predictably, the lobby has started hiring the family members and friends of politicians in order to help with their efforts.

The permanent political class may sometimes extort money by threatening to do things they never really intend to do. But sometimes they extort money by overdoing things, which arguably needed to be done. A good example of such overkill is the Dodd-Frank Wall Street Reform and Consumer Protection Act. Whatever good intentions some market regulators may have had were overshadowed by the centerpiece of the act, which is known as the “Volcker Rule.” The rule is simply so unintelligible that it had to have been designed to be indecipherable. (I call this “UD,” which is short for “unintelligible design”). It began as a three-page memo from former Fed chairman Paul Volcker but later grew into a 298-page description followed by a whopping 383 questions and 1420 sub-questions.

Another confusing section of the Dodd-Frank Act concerns commodity trading. Within just months after the law passed, nine employees of the Commodity Futures Trading Commission (CFTC) who actually wrote the section left for lucrative jobs helping corporations figure out how to comply with the complex law they just wrote. We get complicated laws because there is no money to be extorted from companies by teaching them how to comply with simple laws. In fact, knowledge of the Dodd-Frank law now commands salaries as high as $1 million from hedge funds seeking the guidance of an in-house compliance team.

In 2004, the Department of Health and Human Services (HHS) was busy setting up new rules for a massive Medicare and Medicaid expansion. At the center of the effort to rewrite those new rules was Thomas Scully, a former Senate aid and White House official. Shortly after the new law passed and the new rules were written, Scully quit his job to sign with a D.C.-based lobbying firm and a New York-based investment firm. His fees were $1000 per hour. His responsibilities were advising clients on how to navigate the complexities of the new Medicare rules he had just finished writing.

Of course, the Affordable Health Care Act (Obama Care) is already generally known to the public as a bill that is over 2000 pages in length. What is not generally known to the public is that there are literally thousands of pages of additional rules that have been tacked on to Obama Care since it was passed. Doctors complain that these rules are too complex to navigate. Who do you think is going to step up to explain it to them? You get three guesses and the first two don’t count. (Hint: The answer is “the authors”).

By now, the reader is figuring out that something is seriously wrong with Washington’s permanent political class. Political extortion, not bribery, may be the biggest threat to the republic. But what should be done about it?

Peter Schweizer recommends five specific reforms in his excellent new book on Washington corruption. I believe two of those reforms are particularly necessary at this point in our nation’s history. And here they are (in no particular order of importance):

These two simple reforms will be an effective starting place because they start with the right assumption about Washington corruption. That assumption, of course, is that Washington is rotting from the inside more than it is being besieged from the outside. These reforms also recognize that the motivation for extortion involves more than just personal enrichment. Extortion is also motivated by a desire to promote family interests. The parallels with organized crime are difficult to overlook.

Of course, another key to cleaning up the Washington extortion racket is the implementation of congressional term limits. But that will have to be the subject of another column. I’ve nearly exceeded my word limit. If I just keep writing, someone will accuse me of running for Congress.