To Each According to His Disability 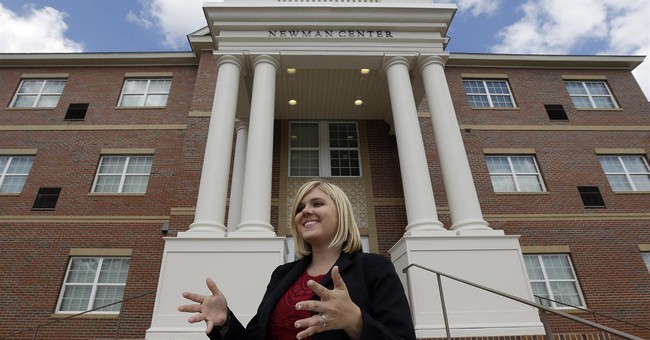 I'm probably too young to have so many pet peeves. The list seems to get longer every year. So, naturally, the longer I teach, the longer my list of class rules seems to get. In addition to rules of class conduct, I also have to develop rules concerning over-disclosure of information in emails and office visits. Such over-disclosure is always geared towards one goal for the student: transforming personal deficiencies into legitimate disabilities in an effort to attenuate workload expectations.

Whenever I'm feeling overwhelmed by these excuses, I take time out in class to reiterate the rules concerning over-disclosure. Note that I always go over these rules at the beginning of the semester but I have to repeat the exercise at least twice during the semester. My two basic rules follow:

1. If you believe you have some kind of disability then go to disability services and let them decide if you are right. If this requires anything of me, they will let me know and I'll make whatever accommodations they require. No need to share the details concerning what your disability is or how it came to be. All I need is an official form with clear instructions.

2. If you experience other life difficulties that are temporary then there's no need to worry. I'll allow one week of absences and one make-up exam. No need to explain your emergency. Just use your week of free absences as you see fit. Again, there is no need for details. If one week is not enough then these are not really emergencies. In all likelihood your life is one long emergency and failing my class won't really matter in the grand scheme of things.

Before the first half of the semester is over, I always get bombarded with demands for extra emergency time. Even after I reiterate the rules, I still have some who feel the need to challenge my overarching principle of keeping private (usual medical) information private. Here are some examples of challenges I have received in recent semesters:

- One student came by and began his plea by saying "I know you told us that if we had a disability, you don't need to hear the details. But I have two disabilities." Now this kid will make a great lawyer, won't he? I told students not to talk about a disability (singular). But technically I really didn't say anything about disabilities (plural). Clearly, this kid was born to litigate.

- Just one day after I demanded that students stop disclosing unnecessary medical information, I had a student send an email loaded with such information. But it wasn't his. Instead, it was his girlfriend's medical information. His argument was threefold: 1. She had a psychological disorder and couldn't drive. 2. He needed to drive her everywhere. 3. He needed extra absences. I’ve got to hand it to him. He found another loophole. I didn't say anything about disclosing other people's medical information. And victimhood should transfer from one person to the next, right? Clearly, this kid wants to be a lawyer, too.

- Slightly more than one hour after I told another class to lay off the unnecessary personal disclosure a student came to the office with a special plea. He claimed he lost his health insurance and could not afford his medication. So, in his eyes, he should be given a special exception. I mean, other people could just take their medication and shut up. But he couldn't do so if he didn't have health insurance, right? Wrong. I told him he shouldn't have voted for Obama and tossed him out of my office.

- Another student began to tell me about his disability right after he failed the first exam. Note that this was in a class where students took three book tests. I interrupted him and told him I understood that disabilities could slow reading but that the disability services office was in a better position to help him. He then informed me that he didn't actually read the book that was the subject of the last book test. In other words, the student wasn't even trying to link his disability to actual test performance. He was just talking about the disability in the hopes of getting generalized sympathy.

Weird isn't it? What makes it even weirder is that all four of the above requests were from male students. Our university student population is about 70% female and 30% male. But it seems that 70% of these disability victimhood pleas come from male students while about 30% come from females. So the question becomes twofold: 1) Where do people get the idea that they have some sort of a right to claim (and endlessly discuss) a disability? 2) Why has this idea become so contagious among young males?

The first question is easy to answer. For sixty years, the Marxist worldview has been dominant on our college campuses. And Marxists know only one way of restoring equality. It has nothing to do with teaching people who have nothing how to pull themselves up. They only teach how to take people who actually have something and bring them down via “redistribution.” In the context of economic redistribution, they force people to work for others rather than themselves. Human nature doesn't work like this. And so the standard of living for everyone plummets right along with so-called inequality.

This is the disability culture in a nutshell. Forget about raising yourself to a higher standard. Instead, claim a disability and pull the standard down to you. We've destroyed academic standards but at least there isn't any more inequality. Eventually, we all become average.

The second question is also easy to answer. It has everything to do with the feminization of the classroom. In recent decades, women have come to dominate the realm of primary and secondary education. Consequently, between the ages of 6 and 18, males are spending considerable time with women who are more inclined to allow them to indulge their weaknesses, rather than their strengths. Female teachers have a different view of boys’ competitive tendencies compared to the male teachers who used to supervise them. No one could seriously expect that spending twelve years under the daily authority of women would have no real impact on our young boys.

But despite the wishful thinking of Marxists, human nature never really goes away. Boys will still be boys. Even when they are taught that they have weaknesses and disabilities they will still try to compete. That is why I have to listen to so many "my disability is bigger than yours" stories. They seem to have replaced the spitting and urinating contests of the days of old.

Marxism may be an old and failed idea. But its subtle variations are robbing our children of the chance to excel by facing the prospect of failure. Ironically, when everyone becomes mediocre there won’t be any diversity left to celebrate