My Apology to Mormon Readers 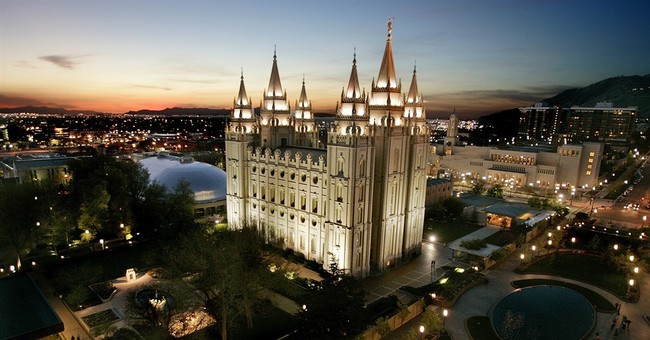 You have written demanding an apology for my recent characterization of the Mormon religion as "non-Christian." I am happy to write a public letter of apology to you and to the countless Mormon readers who responded negatively to my characterization.

I am sorry that the science of genetics has refuted claims made in the Book of Mormon concerning the relationship between Native Americans and Semitic people. These refutations undermine the entire historical premise of the Book of Mormon.

I am sorry about the plagiarism of the Holy Bible that runs through the Book of Mormon. I am sorry that Mormons cannot see that Joseph Smith's refusal to reveal the golden tablets is strong evidence of their nonexistence. The heavy plagiarism in the Book of Mormon puts the lie to the rest of the story of Smith, the former seeker of the lost treasures of Captain Kidd.

I am sorry that my Mormon readers have put all their eggs in one basket by constantly writing to me quoting Matthew 7:16. So I am sorry that I must now apply that verse to the very first Mormon.

I am sorry that among the 33 well-documented plural wives of Joseph Smith, there were close to a dozen unions in which the wife was already married to another man.

I am sorry that after her mother died, Joseph Smith approached teenager Lucy Walker with a command that she marry Smith with the threat of eternal damnation as the punishment if she refused. I am sorry that the year before Joseph Smith died, he said the following to Lucy: “I will give you until tomorrow to decide (whether to marry me). If you reject this message the gate will be closed forever against you.”

I am sorry that the Book of Mormon, which Joseph Smith claims to have transcribed from the golden plates given to him by the Angel Moroni, says the following: “Behold, David and Solomon truly had many wives and concubines, which thing was abominable before me, Saith the Lord.” (Jacob 2:24).

I am sorry that Joseph Smith said the following shortly before his death: "(W)hen I get my kingdom, I shall present it to my father, so that he may obtain kingdom among kingdom, and it will exalt him in glory. He will then take a higher exaltation, and I will take his place, and thereby become exalted myself.”

I am sorry that Mormonism teaches that Christ was not there in the beginning, that god was just a man who became God by following a moral code he did not create, and that we may all become gods by following the same moral code that predates the existence of Jesus. I am sorry that the theological mess caused by Joseph Smith is irreconcilable with the teachings of the Holy Bible.

Finally, I am sorry that my Mormon readers have unfairly accused me of criticizing Mormonism without doing my homework. But I am glad I did. Now I understand the significance of Galatians 1:6-9.