Obama and the Rules of Sexual Engagement 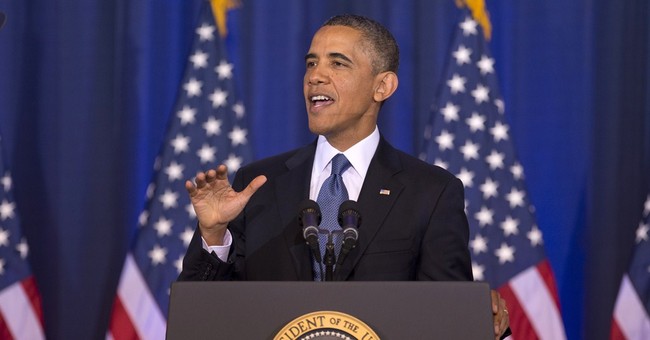 In recent columns, I've mentioned a disturbing trend involving the lack of due process in the adjudication of campus rape cases. The fact of the matter is that rape cases are rarely handled properly on university campuses. They are usually either a) taken too seriously or, b) not taken seriously enough. That is unsurprising, given that rape is both the most over reported and under reported crime in America.

The Obama administration recently illustrated this backlash principle in a joint letter written by the Education Department and Justice Department. The letter was sent to the University of Montana (UM) on May 9 following an investigation into a number of mishandled rape cases. The letter concluded that the university's policies addressing sexual assault failed to comply with Title IV of the Civil Rights Act of 1964 and Title IX of the Education Amendments of 1972.

Although the letter announced a resolution agreement with the university, it went much further than simply dealing with past difficulties at UM. The letter, which emanated from the executive branch, claimed authority to rewrite the federal government's rules about sexual harassment and free speech on all university campuses.

The idea is simple: if the feds just expand the definition of sexual harassment, and police it diligently, then we'll never have to worry about sexual assault.

This stunning overreach by the Obama administration began with the claim that the UM findings should serve as a "blueprint for colleges and universities throughout the country." The letter continued by stating that only "unwelcome conduct of a sexual nature" will satisfy federal statutory requirements for defining sexual harassment. Shockingly, this definition explicitly includes "verbal conduct."

The Obama administration letter attempts to paper over legal precedent requiring that sexual harassment must be "objectively offensive." By eliminating this objective standard and replacing it with a subjective standard, the right to be free from harassment has now been transformed into a broad right to be un-offended by speech. (Note: my use of “broad” was not meant to be offensive to women).

The letter further states that campuses have - not a right but instead - "an obligation to respond to student-on-student harassment." This obligation exists even when the alleged harassment is off-campus. This is an undertaking that might require an army of government agents. Maybe the IRS should get involved.

This is getting confusing so let's summarize what we have so far: college campuses should (not may) investigate conduct that is verbal (not physical) when it is isolated (not repeated) and subjectively (not objectively) offensive even if it didn't actually happen on the campus.

Let me translate that for those who are not familiar with the concept: Students (and professors and staff) can be punished for sexual harassment before they are actually found guilty of sexual harassment.

As one who teaches in the area of criminal law, criminal procedure, and evidence law, let me employ a simple hypothetical to show just how reckless the Obama administration has become:

Imagine that I am sitting in a coffee shop in downtown Wilmington, North Carolina. A woman walks in wearing an "I Had an Abortion" t-shirt that she bought at the Women’s Resource Center. I turn to her and say "what a shame that a woman would boast of killing her child in the name of sexual liberty." The woman sees me and recognizes that I am a UNCW professor. Although I did not even know she was a UNCW student, she reports the incident to the UNCW administration. After she accuses me of sexual harassment, I counter by accusing her of sexual harassment, claiming to be offended by the content of her t-shirt. Under the new Obama rules of sexual harassment, which is the proper result?

The correct answer is "C." Remember, according to the Obama administration, UNCW does not merely have a right to investigate the off-campus incident. They have an obligation. And if they refuse the federal government can punish them. No more Pell grants. No more Stafford loans.

Of course, it is our constitution that is being raped and pillaged. Since that is a serious matter maybe someone should copy the president.