The Wall of Hate 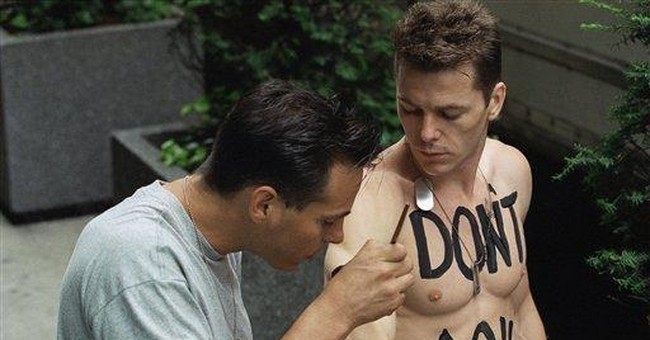 This week, April 5th through 8th, my university is doing something really neat. A bunch of organizations – including the NAACP, PRIDE, and the Black Student Union – are sponsoring a “Breaking Down Hate” week. Since the planned events only run Monday through Thursday it isn’t really a “week”. Despite the preponderance of white people on our campus there doesn’t seem to be enough hate to keep the anti-hate people busy all the way through Friday.

The printed flier for the “Breaking Down Hate” almost-week talks about a thing called the “Wall of Hate,” which has been a part of our campus diversity movement for three years. The flier invites students to “share insensitive, intolerant, and hateful words that (they) feel should no longer be accepted in (the campus) community with the WALL OF HATE.” After students write down the words, they spray paint over them as a symbol of the eradication of hate.

I’ve made fun of the wall of hate in the past. But I’m not making fun of it anymore. That’s just hateful. This year, I’m going to the “wall of hate” all four days of “Breaking Down Hate” almost-week. In fact, I’m going twice each day to write down a hateful word. My “Great Eight Words of Hate” are listed below. Each is followed by the reason why I chose to write each word before covering it with spray paint:

Colored. Few people realize that the “C” in “NAACP” stands for “colored.” Where I come from, the term “colored” is racially insensitive and hateful. Therefore, I think anyone who uses that term is a hater. In fact, I think the NAACP is potentially a hate group in need of a close second look by the IRS. I’m even considering writing the Southern Poverty Law Center to put them on notice of another potential hate group.

PRIDE. I read somewhere that pride cometh before a fall. And this group – People Recognizing Individual Differences Exist (PRIDE) – is a very proud bunch. They think it’s a great idea that the American Psychiatric Association (APA) declassified homosexuality as a mental illness (many years ago). But they celebrated the victory by coining the term “homophobia.” This was meant to say that everyone who disagrees with them on the issue of homosexuality has a phobia, or irrational fear. Could it be that PRIDE has an irrational fear of intellectual diversity? Why can’t they just recognize that individual differences of opinion about homosexuality exist?

Black. I really don’t like the term “black.” It’s so antiquated. Someday it will be considered as hateful as “colored.” I prefer the term “African American.” And I think the Black Student Union should change its name to something not only more sensitive but more accurate. Personally, I prefer the Union of African Students for Segregation (U-ASS). In my view, if you need to segregate yourself on the basic of race U are an ASS. And you are probably a racist.

Hate. I really hate the word “hate.” Whenever I hear that word it is coming from someone who is full of hate. For example, I was greeted by a thirty-foot sign last year at UMass (The University of Massachusetts at Amherst, which is not to be confused with U-ASS) saying "F*** Mike Adamz". When I asked who made the sign – which spelled my name with a “Z” – I was told it was the “Coalition Against Hate.” I rest my case. And I propose a coalition of un-bathed communists who are so stoned they can’t spell “Adams.”

Gay. Let’s just use the term “sodomite.” They are way too angry to be called “gay.” Plus, I’d like to be able to once again use the term “gay” without having people think about sodomy. For example, “Writing down a word and then immediately spray-painting over it? That’s gay!”

Choice. When I hear the word “choice” I know some feminist is about to kill a baby so she can increase her sex partners without decreasing her income. So I choose not to hear that word anymore.

Communism. The communists killed over 100,000,000 people in the 20th Century. That’s a big number. In fact, it’s 1/15,000 as big as this year’s federal budget deficit measured in dollars. So let’s replace this word with something else like “Social Justice.”

Tenure. Tenure is a really ugly word. After professors get it they aren’t as nice and spend most of their time sitting around and thinking of things to do, which are not related to the reason they were hired in the first place. Like writing down “hateful” words, spray painting over them, and calling it “progress.”

The GOP Is Expecting Payback Post-2022
Townhall
Aaron Rupar's attempt to make Gov. Youngkin look stupid by taking him OUT of context does NOT go well
Twitchy
Woman's Disturbing Reaction to Man Calling Her out for Wrongdoing Shows an Infantilization of Society
Redstate
Rest in Pee: Miscreant Caught Urinating Every Morning on Grave of Ex-Wife He Abandoned Decades Ago
PJ Media