The President is Black, Hide the Confederate Flag 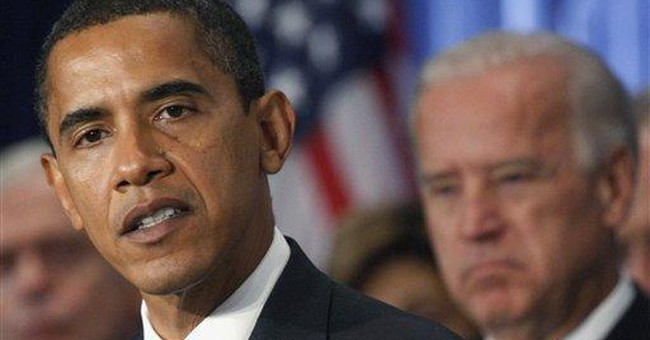 A few weeks ago, as I was walking across the campus of UNC-Wilmington, I heard an old familiar sound. A rap song was blaring from the general vicinity of the university amphitheater. I heard the n-word broadcast loudly (from over 100 yards away) so I decided to walk over to investigate the source of the racial epithet.

I must confess that I had an ulterior motive for seeking the source of the offensive epithet. The last time I heard an offensive word coming from the amphitheater it was an “Obama 2008” group that was playing profanity-laced rap music. I was hoping they were back so I could ask them to change their music to something other than the tired old songs about bitches, niggas, and hos. Like a crack addict voting for Obama I was hoping for a little change. And, of course, I was hoping for another chance to rib them in the wake of the Reverend Wright scandal.

Regrettably, when I got there, I saw that the source of the music was a university group called “ACE” that sponsors various events on campus – sometimes comedians, sometimes musical artists. So I turned around and walked to the university union to get a cup of coffee. That’s when I ran into Craig (not real name) who is president of the Alpha Epsilon Sigma fraternity (also not real name and, hereafter, referred to as the As).

Craig and I spend a few minutes talking about the latest free speech scandal at UNCW. It all began when the As were playing another fraternity called the Alpha Kappas (also not real name and, hereafter, referred to as the AKs) in an intramural football game. Because the As and AKs were both founded in the South around the time of the Civil War, they occasionally try to “out-Southern” one another. That was the case during their intramural match and that is when the trouble began.

When the As decided to parade around the football field with a banner – an activity taking only a couple of minutes – they gave little thought to the small Confederate Flag that was displayed along with their fraternity crest and fraternity name. Again, lest there be any confusion, the kids were not carrying a Confederate Flag – an activity, which is clearly protected by the First Amendment. They were carrying a large banner a small part of which was covered by a representation of the Confederate Flag.

Regrettably, a lower-level administrator at UNCW decided to reprimand the As for parading around with a “symbol of hatred.” The As were told in no uncertain terms that the Confederate Flag was not protected free speech, presumably because it violates one or more of our university’s unconstitutional (read: illegal) speech codes.

It never really mattered to the constitutionally ignorant UNCW administrator (please pardon any redundancy) that there were no blacks who were present and offended by the “symbol of hatred.” Nor did it matter that no AKs were offended. Nor did it matter that the AKs later offered to write a letter to the university explaining that they were not offended. Nor did it matter that ACE (remember, the group that broadcast the n-word?) was given exactly $60,000 of public funds by the university to be spent on a concert. They used the $60,000 to hire a rapper to call women bitches and hos and to use the n-word. Five years later, no administrator has been punished for promoting racial hatred.

But the As were punished. They were banned from participating in intramural sports for the rest of the academic year. Their student activity fees will go to other groups who use it to broadcast the n-word while they are banned from engaging in certain student activities. This is all happening at a university with a chancellor from New York who is too ethnocentric to understand fully what the Confederate Flag means to Southerners.

Last week, the president of the punished fraternity asked me for a favor. Specifically, he asked that I not publish his name or the name of his fraternity should I decide to write about the Confederate Flag incident. I’ve kept my promise. But I’m still mad as hell. And I’m asking my readers to do one of two things about it:

First, I want everyone reading this column to send a check to the following address:

Make the check out for $0.02. Write “Confederate Flag Incident” in the memo line. Then, for tax purposes, ask for a receipt for your contribution to UNCW. This will mean that the university will lose $.40 for every reader participating. By the time you have finished reading this column, I will have sent out 250,000 copies. That means, if all of you participate, the university will lose about $100,000 for their punishment of the fraternity that offended no one but was still punished.

Second, I want those of you who prefer sending cash contributions to send only confederate money. If you can’t get your hands on some artificial Confederate cash then just send a small folded Confederate Flag to our beloved chancellor from New York.

Again, that address is:

Part of the reason Craig asked me not to include real names in this column is that he does not want to see anyone fired. But I do want to see the people responsible for punishing the As fired. And I want to see their taillights fading as they head north on I-95 in search of a new job somewhere north of the Mason-Dixon line.